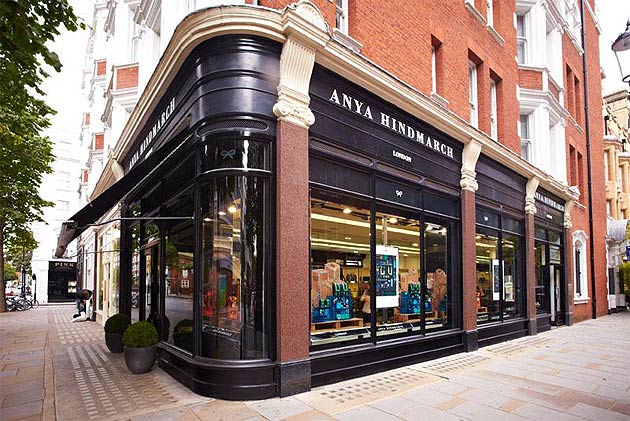 On a trip to Florence in Italy, Anya Hindmarch saw a bag which changed the course of her life and gave her a career trajectory which she never could’ve dreamed of in a hundred years.

She started her own business at the tender age of 19 after designing her first bag, inspired by the very same one she saw in Florence and the rest, as they say is history. The business has grown from Anya’s first shop, an intimate store on London’s Walton Street, to fifty seven stores worldwide, including a London flagship on Sloane Street and a Tokyo flagship in Aoyama. The brand is stocked in the world’s leading department stores and boutiques including Colette in Paris, Net-a-Porter.com, Isetan in Japan and Saks in the US.

Today, the Anya Hindmarch brand is synonymous with beautiful craftsmanship, exceptional quality, bespoke products, personalised pieces and an element of humour. Despite its huge global success, it retains the appeal of a niche brand and is not part of a group.

Anya Hindmarch Bespoke
The Anya Hindmarch Bespoke Collection launched in 2009. Connecting the customer to the craftsman, it embodies everything that Anya loves – great craftsmanship, the finest materials, individual pieces that are made personally for the customer with their name on rather than the designers, old fashioned service, personalisation so that you can be creative, packaging that is as special as the contents and pieces that will solve those endless present dilemmas. 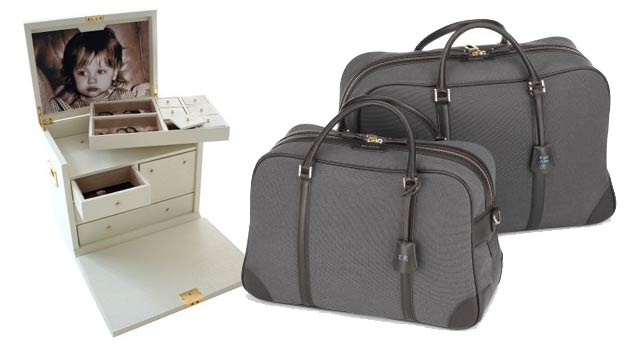 The collection incorporates pieces for both women and men. Each piece has been handcrafted in the finest skins, from the best tanneries in the world, most of which have been developed exclusively for the collection. Names, handwritten messages, and drawings can be embossed into the leather by the craftsman based in the store to make each piece even more individual and to seal a memory or a moment in time.

Old fashioned touches are included with each piece. Inspired by vintage finds Anya has collected over the years, evening bags include a dance card, wallets and bags a lucky penny and St. Christopher cards are included with all travel pieces.

Every piece arrives in its own box, hand tooled with the recipient’s name and wrapped ready to make the perfect present. The packaging is as detailed as the product inside.

London Fashion Week: Spring / Summer 2013
The SS13 Anya Hindmarch show was inspired by an old music box, a Wurlitzer organ and a two-dimensional pop-up book which depicted Georgian society and some of the ‘naughtiness’ of the period.

The set resembled a two storey house and was constructed from 2D paper illustrations, pop-up mechanisms and featured animatronics rather than models. The house revolved past the audience to reveal a series of rooms each focusing on a different bag from the designer’s SS13 collection. In typical Hindmarch style there were lots of surprises and elements of humour. The season’s key style, The Bathurst, emerged out of a desk in the study surrounded by a series of eye portraits which winked as they passed the audience. The eye replicated the enamel eye cameo inlay which features within the bag’s clasp. In other rooms The Bathurst Satchel emerged from an expanding pompadour wig and The Duke, a clutch featuring a clock face, sprung out of the wall as a cuckoo clock. There was plenty of cheeky humour with chamber maids being fondled and lady’s corsets falling down. Amongst the action paper mice scurried across the floor, flapping birds gathered on the roof and bubbles drifted across the set.

The show culminated with a reveal of Anya herself, playing the Wurlitzer organ whose music accompanied the show, whilst a confetti of butterflies rained over the audience.