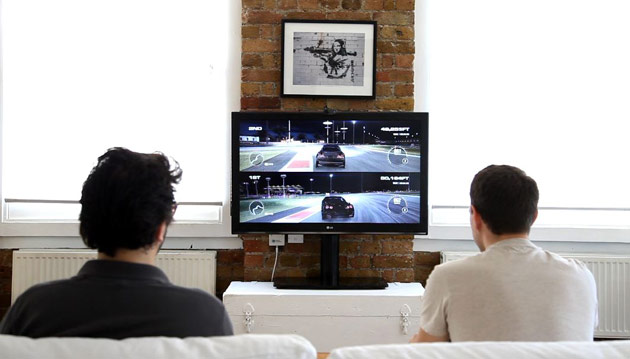 PiixL launches G-Pack on Kickstarter, packs a full tower into a 2” thick chassis that slots behind your TV 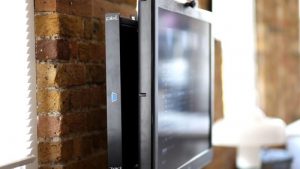 With PC gaming displaying insolent growth figures, and Valve pushing both its Big Picture living room interface and SteamOS, PCs are poised to make a break into the living-room. The only problem is, who in his right mind would want an ugly PC standing next to its beloved and sleek flat TV screen?

PiixL is a London-based hardware startup that promises to reconcile both ends of the spectrum, blending minimalistic design and top-end performances, with their latest Kickstarter entry: G-Pack.

Through the use of a “dual stage cooling subsystem” and very high tech fans, PiixL have achieved the unfathomable and created a gaming PC that will remain virtually invisible and inaudible while packing as much punch as a full-on gaming rig. Early reviews of their production units confirm that PiixL managed to achieve incredible levels of cooling efficiency to obtain that result. 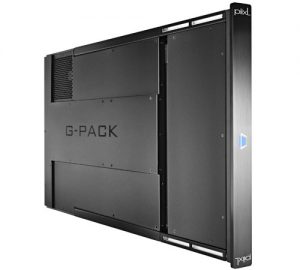 The real innovation bit here is PiixL’s VESA-mountable form factor, which is super-thin and slots behind any TV screen to be wall-mounted or placed on a table stand. Featuring a slot-load Blu-ray player, USB 3.0 connectivity and a universal flash card reader for those holiday pictures of yours, the chassis extends in width to fit any TV size between 37 and 70 inches of diagonal display size. PiixL are also stressing that with almost all cable TV providers offering “TV Everywhere” services and the ability to stream your channels to any connected device, this might well be the only device you need around your TV.

And why not make it invisible then?!

Configurations range from a Core i3 and GTX 960 available for $1,695, which is already good for blasting past any console available today, to a full-on Core i7 4790 / GTX 980 combination with 500GB of SSD storage and a 3 Terabyte hard drive, at $2,695. That type of power makes G-Pack the ultimate 4K source for all top-notch aficionados out there, as these graphics cards bring HDMI 2.0, H.265 Decode and enough grunt to push most games at high framerates and full details. The machine is available for worldwide shipping, and so is the empty chassis that PiixL  developed, exclusively for the duration of their Kickstarter campaign. Both will ship in early 2015.

G-PACK I
The entry level configuration is designed to exceed console specifications and give you the performance to run games flawlessly in high settings.

G-PACK II
Configuration II steps it up a level with performance boosts all round. Expect to be playing all your games at the highest settings with amazing frame rates to match.

G-PACK III
Want to be able to blast every game at ultra high settings or in 4K? Don’t want to settle for anything less then the fastest components? Then this is the one for you.

See more of the PiixL G-Pack by clicking an image below: