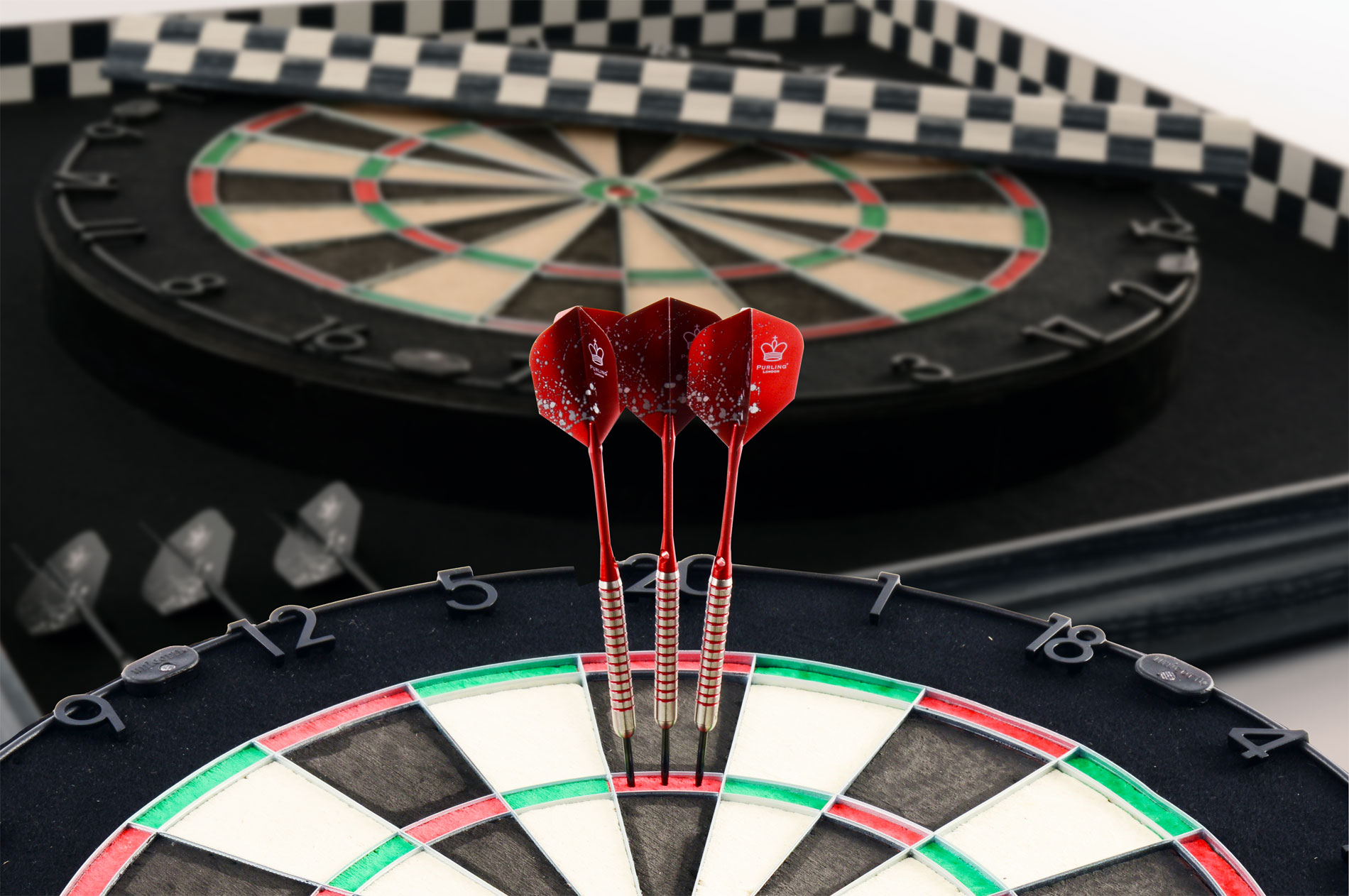 Don’t worry if you can’t hit a double or treble, Purling London’s new darts will keep you smiling

But, things change, and today, with the foresight of Barry Hearn and his Professional Darts Corporation (the PDC), the game has transcended from a pastime/minor sport regarded as the domain of the working classes into a professional sport played around the world.

Today’s top players such as Phil ‘The Power’ Taylor, Michael van Gerwen and Gary Anderson earn millions in prize money and endorsements travelling the world as sporting superstars. With tournaments on an almost weekly basis and international TV coverage, you’re now just as likely to find a dart board in a trendy city-centre bar as you are a traditional pub.

Players and fans of the sport will be familiar with the brand names Winmau, Harrow and Unicorn, dedicated darts companies who manufacture standard, plastic boxed darts for the masses. But, if you don’t want ‘standard’ and are requiring something special, darts with exclusivity and dare I say, a touch of luxury, look no further than the latest offering from Purling London. 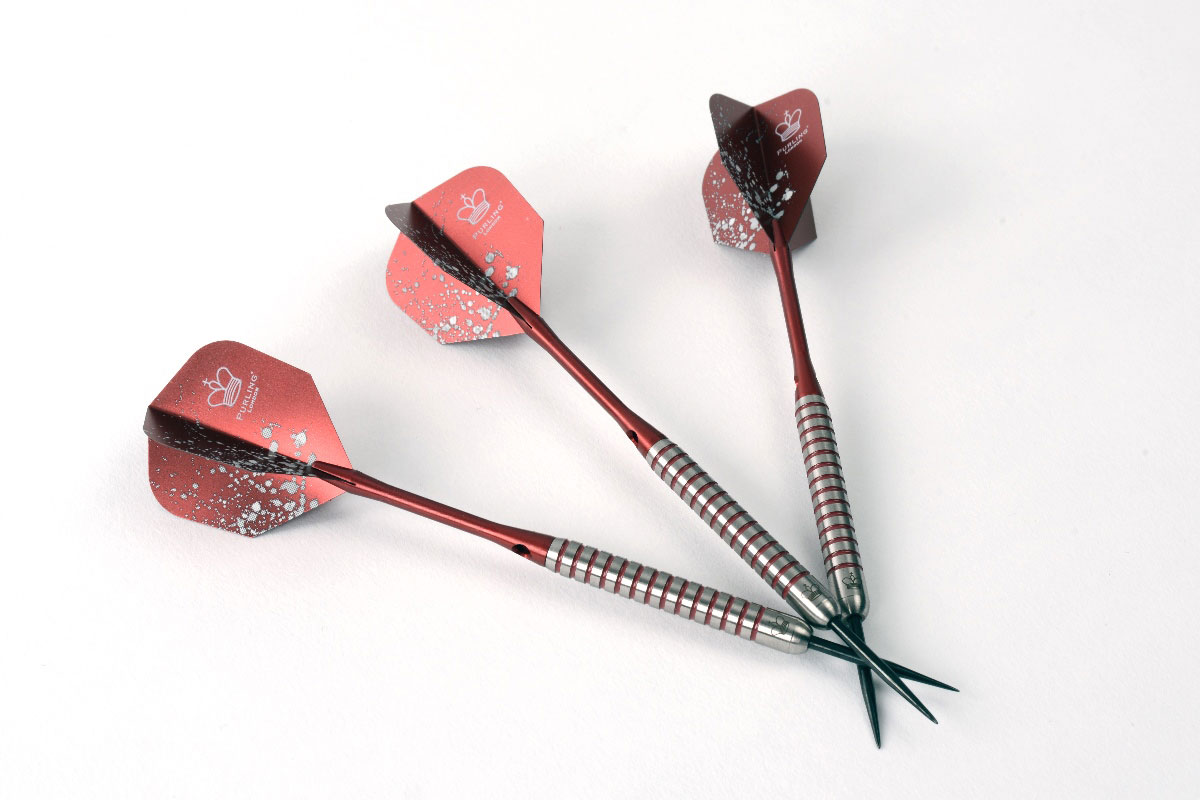 Over the years, many manufacturers have purported to produce ‘luxury darts’ but none of these has had the advantage of a name associated with quality. This is where Simon Purkiss and his company Purling London comes into play.

Purling London is renowned for elevating traditional games and adding a unique twist. A great example of this is with them taking a chess set and commissioning a leading artist to paint the pieces resulting in something that could be played or displayed. In addition to darts and chess, they have also added creativity, elegance and luxury to the games of pool, backgammon, checkers and playing cards.

The Purling London Darts are Made in England to a professional specification with 90% tungsten barrels. The darts are available in three main colours, Solar Red, Lunar White and Jet Black. As any regular darts player will tell you, one of the most important aspects of any set of darts is the weight and Purling London has obviously done their homework on this. The Purling London darts weigh in at 24 grammes, almost exactly matching the same weight of darts used by the past three PDC world champions, Taylor, van Gerwen and Anderson.

The barrels are slender providing more opportunity to stack when you hit that treble twenty and feel good in the hand. Visually they are unique enough for people to cast admiring and curious glances without shouting, look at what I’m holding in my hand. 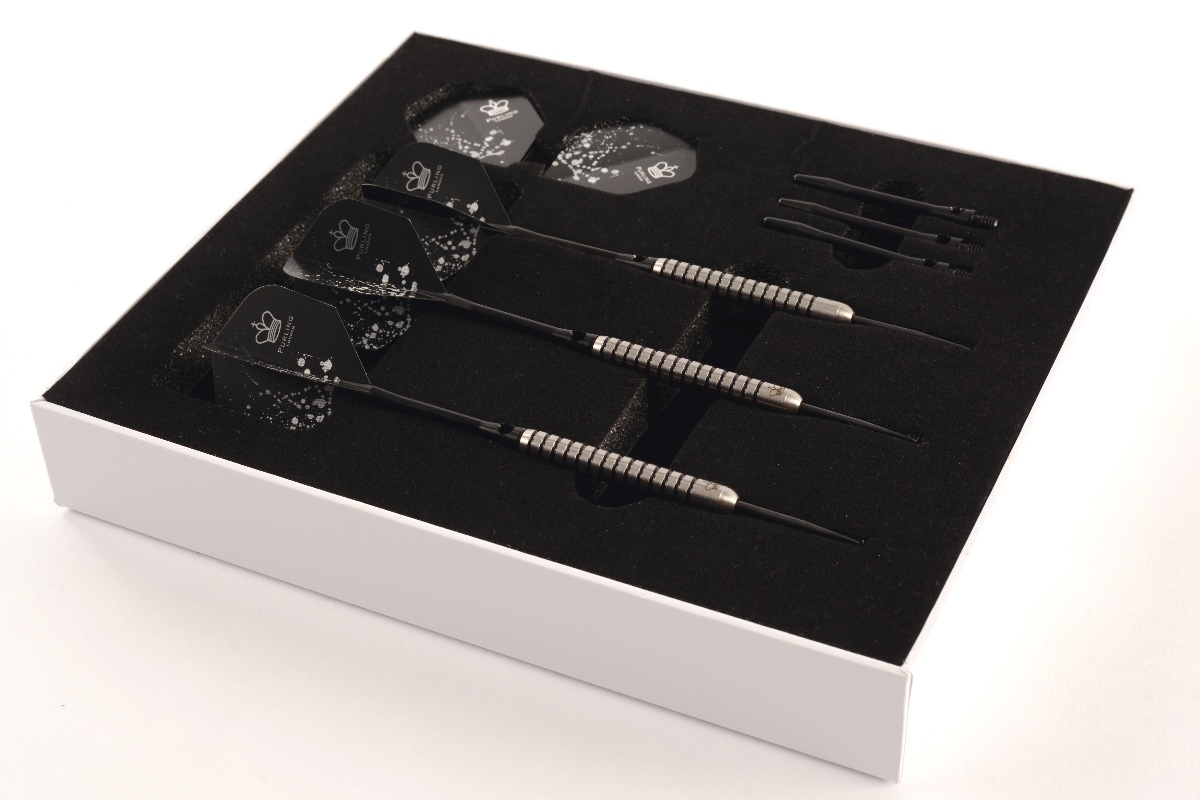 The overall design incorporates laser-engraved Purling logos in the weighted grip and aerodynamic, street-art inspired flights. As you would expect from a brand such as Purling London, the presentation is first-rate with the darts coming in a decent-sized white luxury Purling gift box which also houses the specially designed ‘Marathon’ flights and three spare flights and shafts.

Purling London has hit the bullseye with their darts. They look and feel good and should provide an extra touch of confidence for a player knowing that they’re holding a high-quality, well-researched product and something significantly more luxurious than the norm.

Purling London Darts – Where and how 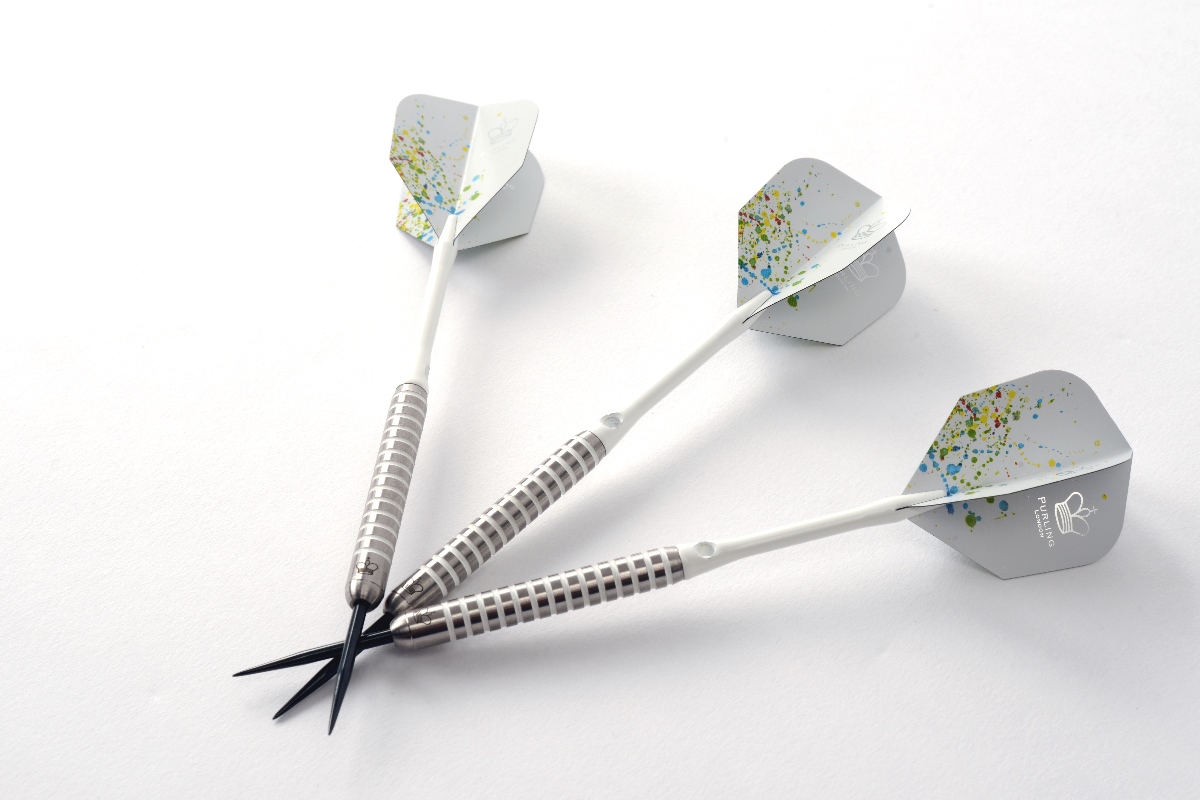