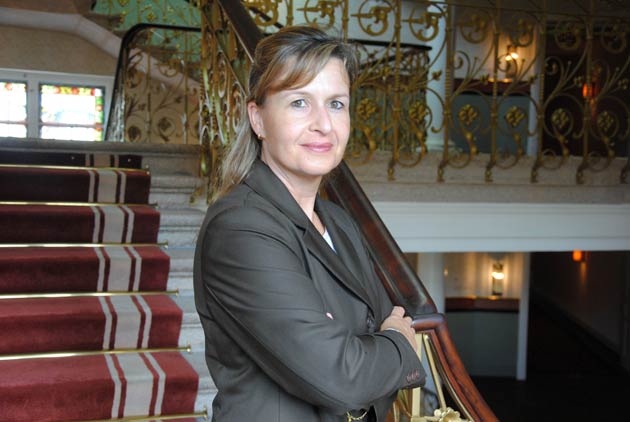 Vanessa Flack is the Director of Communications for prestigious luxury Swiss hotel, The Dolder Grand, a position that makes her a member of the extended management of the Dolder Resort: The Dolder Grand, Dolder Waldhaus and Dolder Sports.

Located in a unique position between the pulsating life of Zurich and the stunning forest, The Dolder Grand enjoys unrivalled views of the city, the lake and the Alps. Since it first opened its doors in 1899, The Dolder Grand has been known for its high level of service and luxurious accommodation. It became iconic, hosting legendary figures such as Henry Kissinger, Winston Churchill, Albert Einstein, Liz Taylor and Nelson Mandela. The city resort is a member of the Leading Hotels of the World, Design Hotels and Swiss Deluxe Hotels. Reena Patel finds out more.. 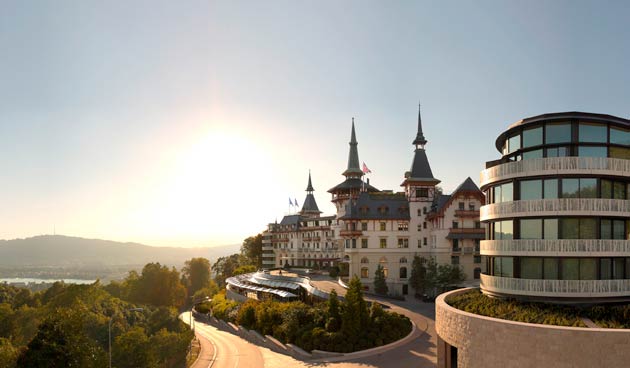 RP: We understand that the property was re-opened back in 2008 after a 4-year-renovation. What’s it like now?
Vanessa Flack: Since the renovation and conversion by Foster and Partners five years ago, The Dolder Grand boasts impressive architecture and modern interior design by the United Designers. Following this significant reopening, The Dolder Grand has gone from strength to strength, re-establishing its role as a must-visit destination for personalities from the world of politics, business, culture and Hollywood stars such as Leonardo Di Caprio. The hotel has acted as a backdrop for important political and social visits, such as Hillary Clinton’s mediation between Turkey and Armenia.

RP: What are the hotel’s highlights and key features?
Vanessa Flack: The hotel comprises a 4,000 square metre spa, where European and Japanese influences take you into an inspiring world complete with a generous-sized swimming pool, the Sunaburo Japanese-style, a large workout studio and medical wellness centre. We have an ice rink in winter, two restaurants, including The Restaurant with two Michelin Stars – the only one in Zurich. An unusual feature of The Restaurant is the specially designed wine cube, where over 1200 bottles are stored under ideal conditions and the hotel cellar also holds 500 different varieties. There’s also the Ballroom, which offers new dimensions in acoustics and construction physics as well as extensive banqueting and seminar facilities, all powered by a pioneering geothermal energy probe concept. The hotel also houses an impressive art collection, including works by Salvador Dalí, Henry Moore and Camille Pissarro. The most striking piece is arguably Andy Warhol’s Big Retrospective Painting, which greets guests at reception. 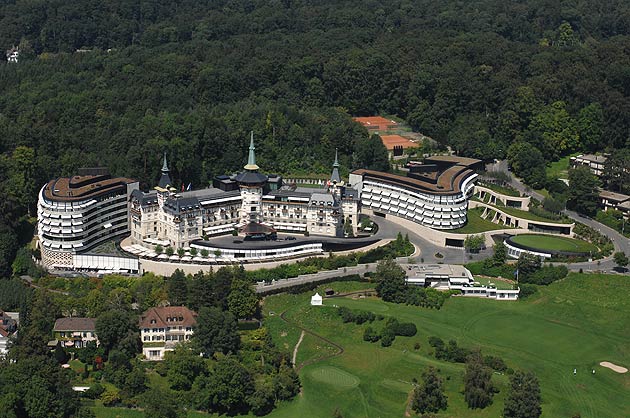 RP: What are the latest exciting developments for The Dolder Grand?
Vanessa Flack: We recently launched a new app, which enables guests to tour the hotel’s collection of original art using an iPad. The specially designed app features 124 works by artists including Andy Warhol, Damien Hirst and Salvador Dali, which are displayed throughout the hotel. We decided to use this modern format for our art guide as it offers much more flexibility than a brochure. Guests can borrow a complimentary iPad from reception. The artworks are from the private collection of majority shareholder Urs Schwarzenbach and new pieces are continually being added. Jean Tinguely’s ‘Der Hexerich’, was installed in the hotel lobby this March and just a touch of a button sets the mask in motion.

RP: What can guests expect when they stay over?
Vanessa Flack: As part of our 173 luxurious rooms and suites, we have four Top Suites and each one is an expression of individual extravagance. Of all the many illustrious guests who have graced The Dolder Grand with their presence, four have served as inspiration for the interior design: The Maestro Suite is inspired by Herbert von Karajan the conductor, the Carezza Suite is inspired by Alberto Giacometti, a Swiss artist and sculptor, whilst the Masina Suite takes inspiration from Giulietta Masina, actress and wife of Federico Fellini and finally the design of the Suite 100 borrows cues from the Rolling Stones (and The 100 Club, London).

RP: Where in the world is your dream destination and why?
Vanessa Flack: Wherever there are peaceful and quiet places, I feel comfortable – preferably by the sea and in a luxurious hotel.

RP: What is the most luxurious item you own?
Vanessa Flack: I care more about sentimental items rather than luxurious. I love my golden necklace with a pendant in the symbolic form of a “tree of life”. It was a graduation gift from my mother. 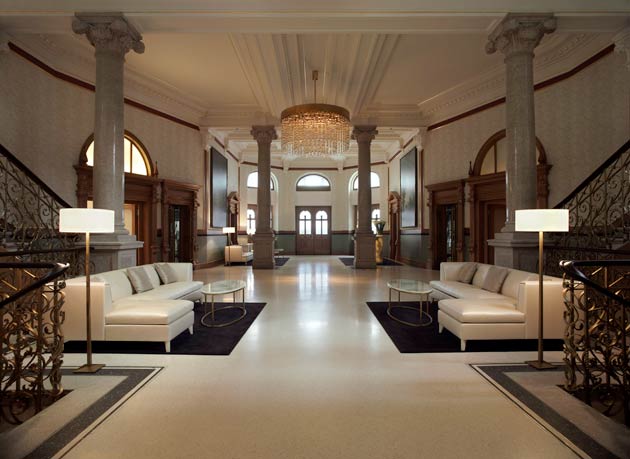 RP: What is your favourite part of The Dolder Grand and why?
Vanessa Flack: I love the atmosphere in the back of house; employees in the corridors, room service trolleys, porters with guest’s luggage. At the end of my office corridor, there is a window with a direct view of Lake Zurich – lovely. Or, front of the house; when you climb up the modern stairs in the Maestro Suite to the historic tower, it is a stunning moment to reach the cosy living room with the red tower-woodwork. It’s a place that cannot easily be copied (if ever…). It is the highest point you can be at The Dolder Grand. The views from the resort, of Zurich, the lake and – with clear sight – the Swiss Alps – are just amazing.

RP: What have been your latest PR campaigns/ focuses for the property?
Vanessa Flack: One of the main areas of focus in PR is social media. At the moment we are producing several short movies such as a day as a guest at The Dolder Grand, a ‘behind the scenes’ with Heiko Nieder the Chef Fine Dining or our house florists. We look forward to sharing these videos on our channels very shortly.