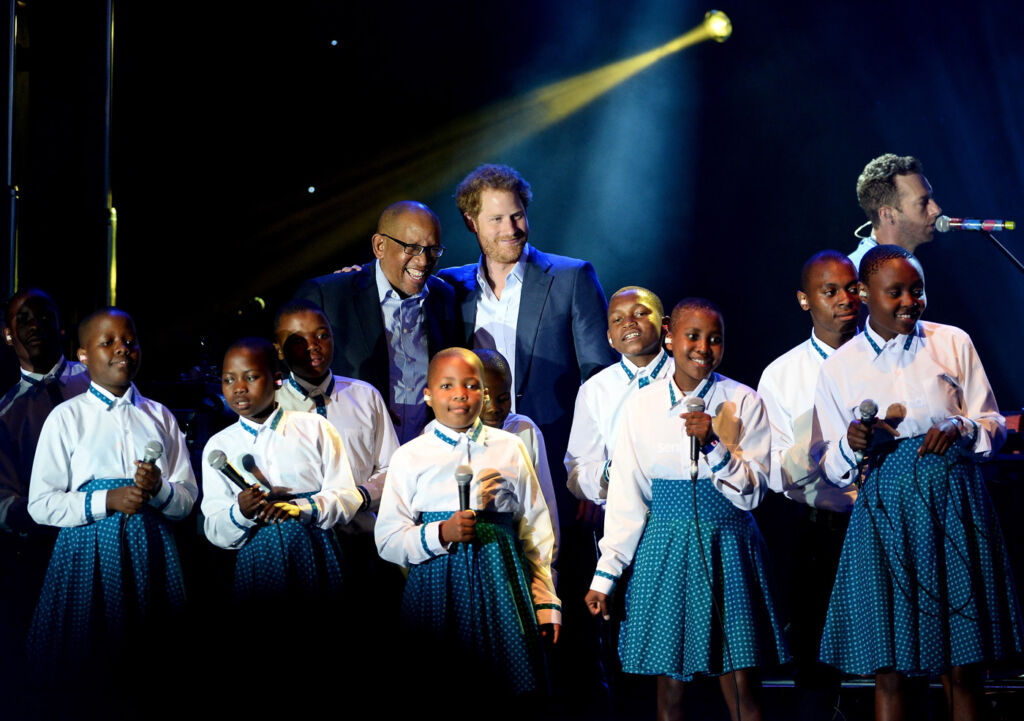 His Royal Highness, The Duke of Sussex, will attend the Sentebale Audi Concert in the stunning grounds of Hampton Court Palace on Tuesday 11 June 2019.

A highlight of the summer calendar and an evening of incredible entertainment, the concert will raise awareness and funds for Sentebale, the charity founded by The Duke and Prince Seeiso, to support children and young people affected by HIV and AIDS in Lesotho, Botswana and Malawi; countries where HIV remains a leading cause of death.

In a celebration of African and Western culture, The Duke will welcome critically acclaimed singer-songwriter Rita Ora and Sentebale ambassador and spoken word artist, George the Poet (George Mpanga) who will perform to an audience of 3,000 people.

New names have been added to the line-up for the evening. These include INALA, a Zulu ballet created by award-winning choreographer Mark Baldwin OBE and featuring the Soweto Gospel Choir, and Morena Leraba, a musician and shepherd from Lesotho, who fuses traditional Famo music with a playful mix of genres including rock, electronic music, reggae and hip-hop.

This year, for the very first time, Audi is proud to support the Sentebale Audi Concert, which is organised in partnership with Historic Royal Palaces, the independent charity that cares for Hampton Court Palace.

Richard Miller, Chief Executive of Sentebale, said: “We’re delighted that Prince Seeiso and some of our advocacy champions will be joining some of the biggest global performers to help Sentebale deliver a sustainable, quality programme for children and young people affected by HIV, enabling them to lead healthy, happy and productive lives.”

Andrew Doyle, Director of Audi UK, said: “We are thrilled Their Royal Highnesses The Duke of Sussex and Prince Seeiso will join us for the Sentebale Audi Concert. It promises to be an evening of extraordinary entertainment, all in support of an incredibly worthy cause.”

Over the last decade, Sentebale has significantly scaled up its work in Lesotho and expanded into Botswana, addressing the mental health and wellbeing of 10 to 19-year-olds who are struggling to come to terms with living with HIV. In the last year, 1,700 adolescents have attended residential weeklong camps where together with their peers, they have a safe space to address their challenges, and today over 4,600 young people living with HIV attend our monthly Saturday clubs.

Funds raised from this concert will enable Sentebale to continue helping many more young people in southern Africa giving them hope and opportunity for the future.

The concert is open to the public, and tickets are available from major ticketing websites AXS searching ‘Sentebale Audi concert’.