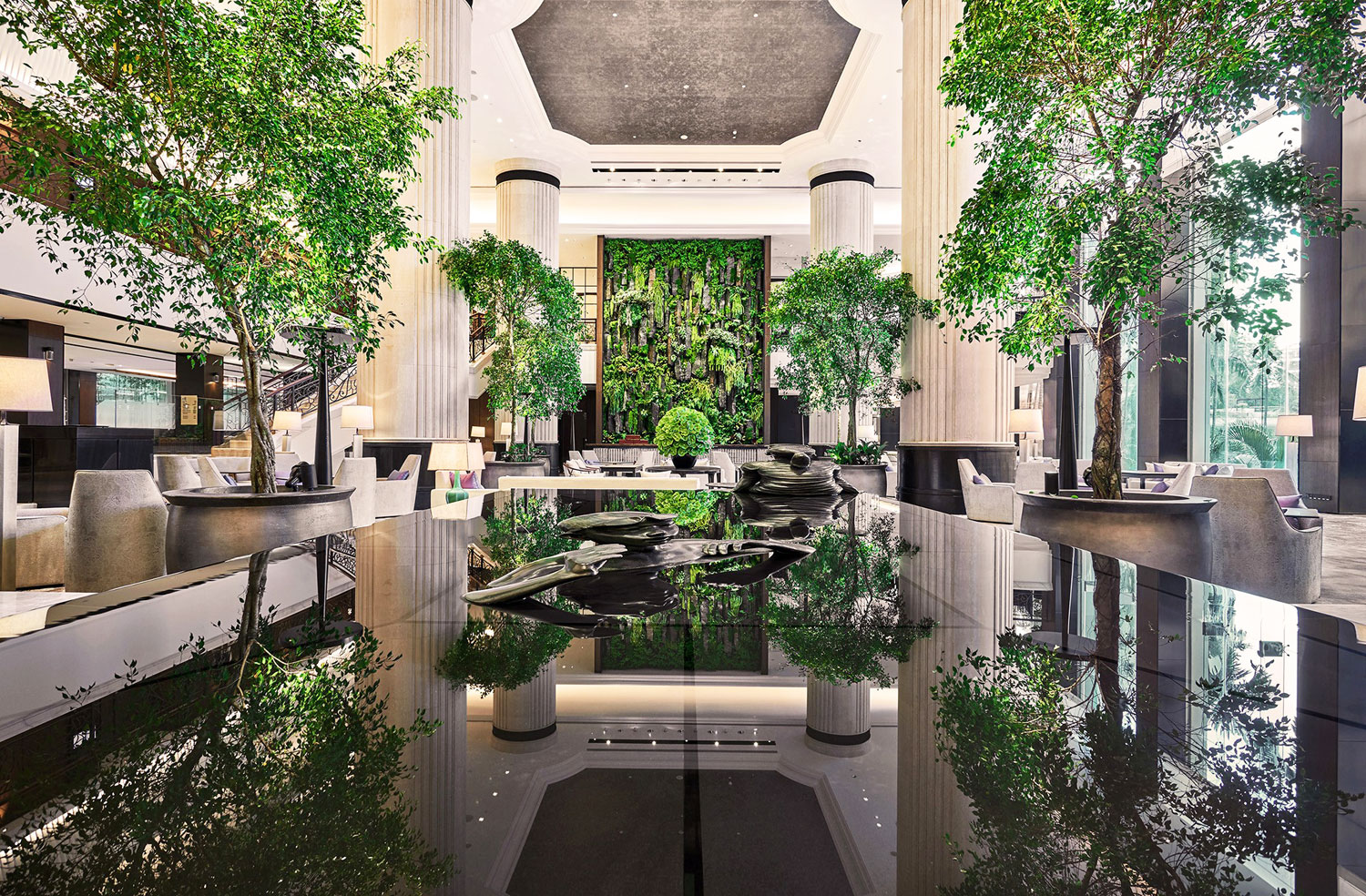 After an eight-month rejuvenation, Shangri-La Hotel’s Tower Wing, the core of the property, emerges with a resplendent new urban resort look.

The hotel’s reimagined Tower Wing lobby, guest rooms and NAMI Restaurant and Bar are the conceptions of Japanese interior designer Ryoichi Niwata of Bond Design Studio and his dedicated team of craftspeople and artisans. An artist by training, Niwata was at award-winning Japanese design firm Super Potato for 12 years before starting Bond Design Studio in 2011 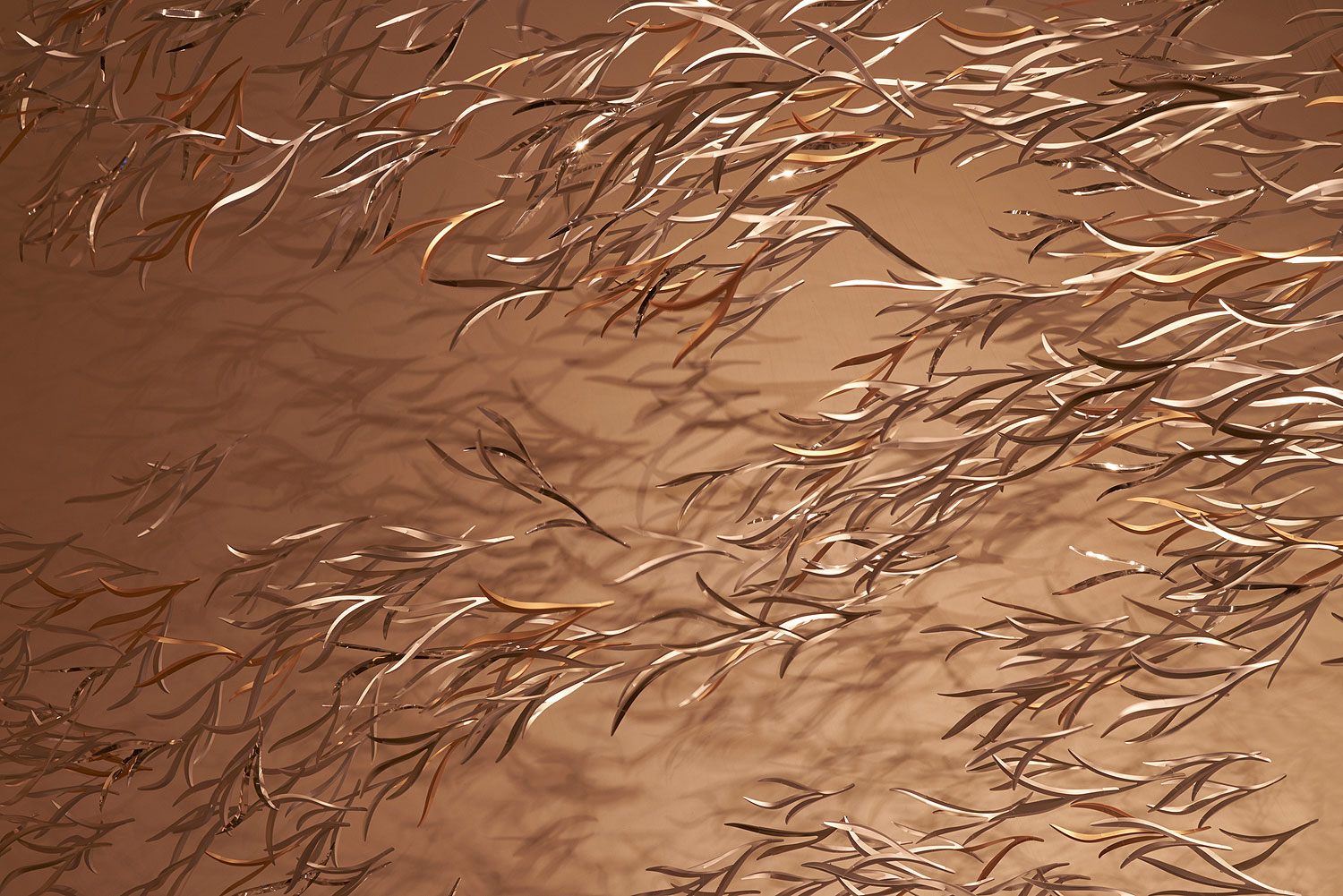 The design inspiration is Shangri-La, the mythical utopia between Heaven and Earth. The five key elements below are featured in the design:

Wind: Stepping into the lobby, one is immediately greeted by the Tree Canopy (click to watch video) ceiling art installation, of thousands of swirling stylised three-toned metallic leaves. The artwork is by renowned Studio Sawada Design, headed by Hirotoshi and Nami Sawada. The piece evokes the lightness of cloud and the flow of wind, tickling the imagination to see it perhaps even as a school of fish or flock of birds. It was inspired by the movement of nature in water, trees, clouds and the earth.

Water: Six sculptures of children playing by the central infinity pool feature collectively make up the charming work Children Dabbling in the Water (click to watch video) by South Korean artist Yi Hwan-Kwon, who conceived this group of carefree young ones having fun about the lobby to evoke a sense of uninhibited playfulness and harmony.

A three-dimensional rock painting by Singaporean artist Tay Bak Chiang will be installed next month at the Horizon Club Lounge on Level 24. The graduate from Singapore’s Nanyang Academy of Fine Arts and the China Academy of Art was awarded First Prize in the Chinese Painting category in the 19th and 22nd United Overseas Bank Painting of the Year Competitions (2000 and 2003). 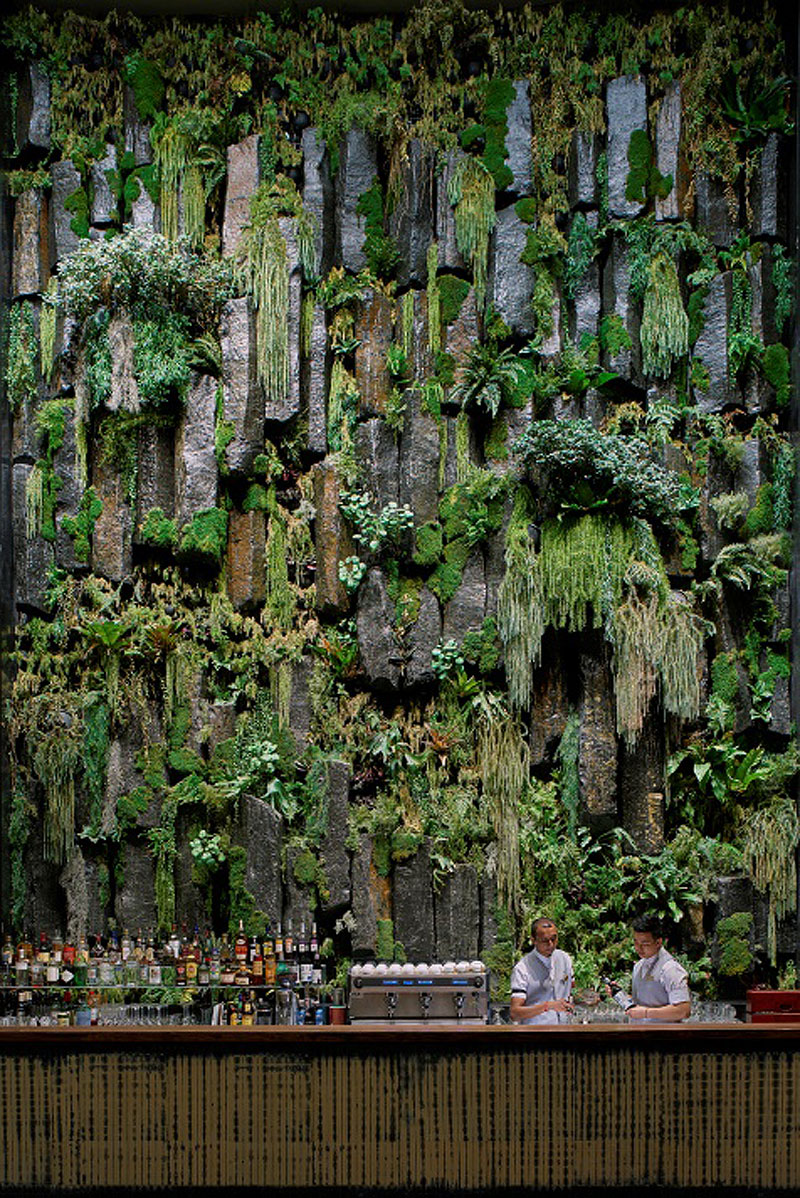