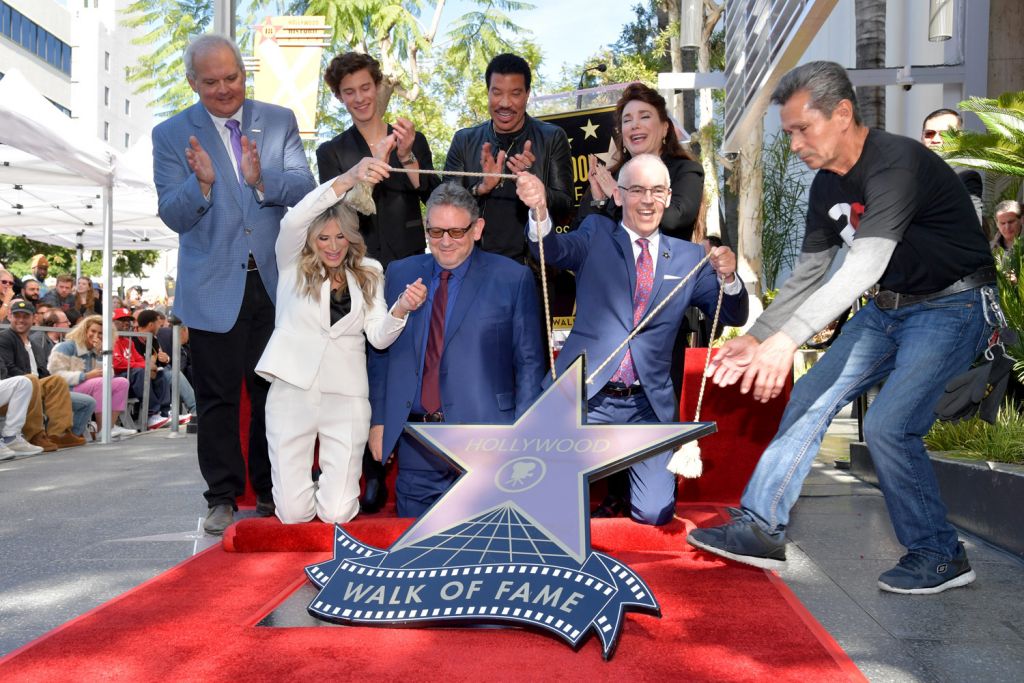 British music executive Sir Lucian Grainge has been honoured with a Star on Hollywood’s illustrious Walk of Fame.

Sir Lucian Grainge has been officially inducted into the Hollywood Walk of Fame by global music superstars Lionel Richie and Shawn Mendes in a ceremony held at 1750 North Vine Street close to Universal’s own Capitol Tower building.

In addition to the sparkling roster from the entertainment industry were his wife Lady Caroline Grainge and children Alice, Betsy and Elliot.

His star is located outside the iconic Capitol Tower building alongside musical luminaries The Beatles & Roy Orbison.

The award was in celebration of his achievements in helping to steer the industry back to growth after more than a decade in decline.

Sir Lucian Grainge has transformed Universal Music Group into the most successful company in the history of the industry by pioneering new approaches to signing and developing the most successful recording artists and songwriters and championing innovative business models with a wide range of media and technology partners.

Sir Lucian led UMG’s successful acquisition in 2011 of the recorded music assets of the legendary British music company EMI, revitalizing its iconic Capitol Records, and, in the process, further strengthening UMG’s position as the global leader in music.

Billboard magazine has listed him a record four times at No. 1 on the publication’s annual Power 100 list of the most influential music executives, the only person to hold that honour multiple times and in consecutive years.

A native of London, Sir Lucian was bestowed with a knighthood in 2016 by Her Majesty Queen Elizabeth II in the Queen’s 90thBirthday Honours list for accomplishments in the music industry and leadership through its challenging times, contributions to British business and inward investment, as well as his development of innovative business models, technology and media partnerships that have expanded UMG’s global presence.

He currently lives in Los Angeles with his wife and children, and he serves on the boards of Lionsgate and Northeastern University in Boston, Massachusetts.