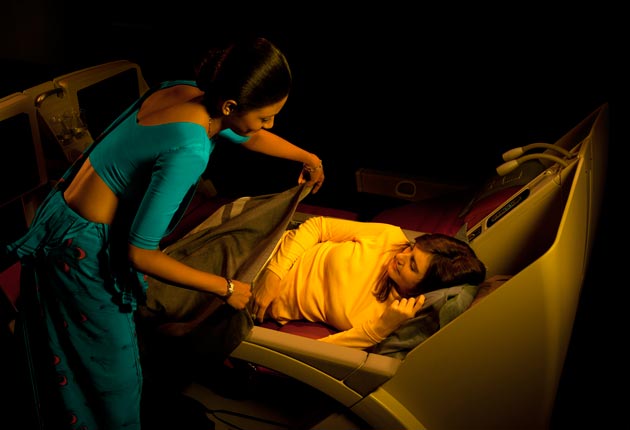 Its election as a oneworld member designate was announced as the Chief Executives of the alliance’s member airlines gathered for a meeting of the group’s Board, on the sidelines of IATA’s 2012 World Air Transport Summit, which opens in Beijing.

SriLankan is expected to be implemented into oneworld late next year, flying alongside some of the biggest and best brands in the airline business. Cathay Pacific will serve as its sponsor in joining oneworld, supporting the airline through its alliance implementation programme. 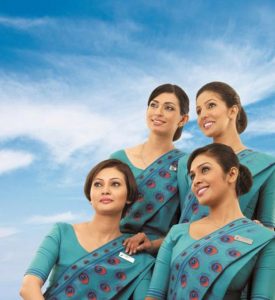 SriLankan Airlines has virtually doubled in size since peace returned to its home country three years ago and plans further substantial expansion to its fleet and network in the next few years.

It now operates a fleet of 21 aircraft and carried 3.5 million passengers last year between its Colombo base and 34 destinations in 22 countries across Asia, Europe and the Middle East, including oneworld hubs Hong Kong, London Heathrow, Kuala Lumpur, Moscow Domodedovo and Tokyo Narita, along with Bangkok and Singapore.

Besides flying as Sri Lanka’s flagcarrier, it is also the largest international carrier serving the neighbouring Maldives and with a significant presence also in southern India.

Two established oneworld member airlines currently serve Sri Lanka – Cathay Pacific from its Hong Kong hub daily, and Royal Jordanian from its Amman base three times a week. Its main city Colombo is also on the network of oneworld member elect Malaysia Airlines. Opportunities for increasing the alliance’s coverage of the country will be explored as SriLankan prepares to join.

Its addition will bring three new destinations on to the oneworld network, all in southern India – Kochi, Tiruchirapalli and Thiruvananthapuram, expanding oneworld’s global coverage to some 860 destinations in more than 150 countries, served by a combined fleet of almost 2,500 aircraft operating some 9,000 flights and carrying almost a million passengers every day, generating annual revenues of more than US$ 100 billion.

When SriLankan becomes part of oneworld, its customers will gain access to this truly global network. The 200,000 members of its FlySmiLes frequent flyer programme will be able to earn and redeem rewards on any of oneworld’s other carriers, with top tier members able to use any of the group’s 550 plus airport lounges, and its network will be covered by oneworld’s market leading range of alliance fares.

At the same time, the 120 million frequent flyer cardholders of oneworld’s established airlines will be able to earn and redeem rewards when flying on SriLankan.

SriLankan Airlines Chairman Nishantha Wickremasinghe said: “With the world airline industry increasingly focused on alliances, SriLankan has carried out in-depth analysis of the options open to the airline as we enter this latest phase of our development. oneworld is very clearly the best option for us. Joining the alliance will help put SriLankan more firmly on the global aviation map and vastly improve Sri Lanka’s connections with the rest of the world, with all that means for our country’s vital tourism industry.”

SriLankan Airlines Chief Executive Kapila Chandrasena added: “As an airline highly focused on quality service, we are extremely proud to have been invited to join the highest quality alliance with the best airline partners offering a global network that best complements our own. We look forward to completing all joining requirements as soon as possible.”

American Airlines’ Chairman and Chief Executive Tom Horton, Chairman of the oneworld Governing Board, said: “Today’s agreement with SriLankan Airlines adds even more value for our customers who have made oneworld the first choice airline alliance for the world’s frequent international travellers. We look forward to welcoming SriLankan to oneworld.”

oneworld CEO Bruce Ashby said: “In SriLankan Airlines, oneworld is pleased to welcome a high-quality airline that will enhance oneworld’s network and product offerings in one of the world’s fastest growing regions for air travel demand.”

Cathay Pacific Chief Executive John Slosar said: “SriLankan Airlines is a fine candidate for oneworld, with its growing reputation for customer service mirroring oneworld’s own focus – and with Sri Lanka’s economy growing faster than at any other time in the nation’s history, the timing is right. Cathay Pacific is delighted to be serving as its sponsor in joining oneworld.”