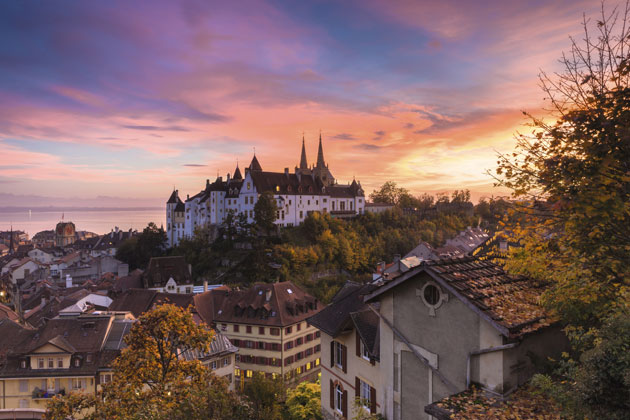 I’ve been to a good few skiing resorts before but never really ventured far from the luxury of plush hotels to hit the slopes. So when I was invited to join in the celebrating 150 years of winter tourism in St Moritz, I decided it was time to discover what I had been missing out on. 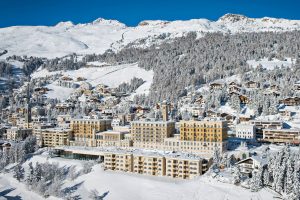 And the chance to stay at the Kulm Hotel which was founded by Johannes Badrutt in 1856 was the icing on the cake. Responsible for encouraging British summer visitors to return in the winter for some action, Badrutt put this ski resort firmly on the map. The Cresta Run congregates at the hotel to this very day. Others over the years have developed various ways of enjoying the mountains of the Engadin Valley as I was about to find out.

Getting to the hotel was an adventure in itself. The incredibly scenic train journey is perfect to get you in the mood to hitting those slopes. I couldn’t wait to get into my Helly Hansen ski gear quick enough the next day. Almost everyone in St Moritz learns to ski from the moment they can with instructors ready to teach complete novices like myself on the nursery slopes. And that’s where I found myself, amidst the children like an eager student.

Learning to ski was a painful business as I found out. There were plenty of bumps both to my body and ego before I successfully managed to glide down some of the slopes. It was great fun and I even felt like I had a good workout with all the maneuvering skiing involves. It also helped in working up an appetite and I was in for a real treat at the El Paradiso restaurant which is reached via a cable car.

The restaurant has the unique advantage of having some of the best views of St Moritz and is popular with both locals and tourists. You can dine inside or on the terrace when the weather is good. The food was amazing and it wasn’t hard to tuck into all three courses. Well I had worked for it, I told myself. 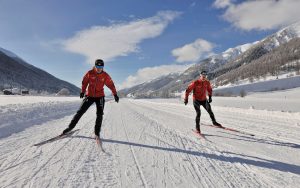 Having had a taste for skiing I thought I’d give cross country skiing a go too. So following lunch I tackled a cross country route not too far from the hotel. I found the poles very useful in my ability of standing upright and gliding forward. I still managed to fall over a few times but thanks to the padding of my clothes and the soft snow on the ground, the injuries were not bad at all.

There are many other ways of enjoying the Swiss Alps and I was dead set on finding out. I found myself taking a trip along the Olympia Bob Run, a truly once in a lifetime experience. This is the oldest bob run in world as well as the only natural ice track that hosts international races. In the course of its 100 year old history, it has staged events for two Olympic Winter Games as well as 24 World Championships.

Watching others ride the bob run was scary let alone getting the sledge myself. It took me some good self talking before I managed to get into my seat. I’m so glad took the plunge and it really was worth every single of those 75 seconds. Reaching speeds of 135km/h I was a mixed bag of adrenalin, nerves and excitement. I was still shaking after it was over. The glass of proseco was very much welcomed at the end of the ride as I proudly clutched my certificate.

I have a real passion for hiking, so I was excited about our hike at the top of Muottas Muragl. Most mountain views are beautiful but this one surpassed all others for its surroundings. The series of lakes surrounded by mountain peaks were much more than just jaw-droppingly gorgeous. The sun reflecting on the snow just made the views even more stunning.

Getting down the mountain was real fun as we hurtled down some four kilometres on a toboggan. There’s a real skill to this mode of transport and easy to glide along at top speed. The only brakes you have are the heels of your snow boots to stop you from tipping over the edge. There are about 20 curves in all and I’m told it’s the fastest of all the regions toboggan runs.

Apres Ski in the town is limited so you have to travel a bit to have a drink or two. Fortunately for us we were taken to a very special place called La Baracca. With no obvious sign on the door, this small room doubles up as a dining room and bar. The place prides itself on not needing to advertise its presence and relies on word-of-mouth customers. Once diners have finished eating, the music is turned up and almost everyone finds their dancing feet. I’ve never been shy of throwing in a few moves so was only too pleased to get up and join the dance floor in between the tables. 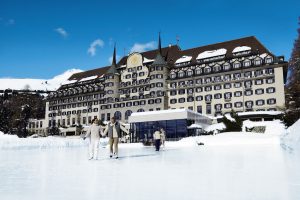 St Moritz has earned a reputation of being glitzy and glamorous. It’s no surprise then to find top designer shops dotted around the hilly streets as we take a walk. The place attracts the rich and wealthy from all over the world. It’s certainly the place to be seen as during the annual Polo World Cup on Snow and a gourmet food festival which all take place on the frozen Lake St Moritz.

Talking of horses, my final night ended in a horse-drawn carriage ride through the woods to the Lej da Staz restaurant for a meat fondue dinner.

Fondues are hugely popular in Switzerland especially on New Years’ Eve I am told. And I’m not surprised at all. Cooking the food while catching up over the last few days’ activities was a great way to end a trip to this glorious part of the world. Who knew St Moritz has so much more to offer other than skiing?