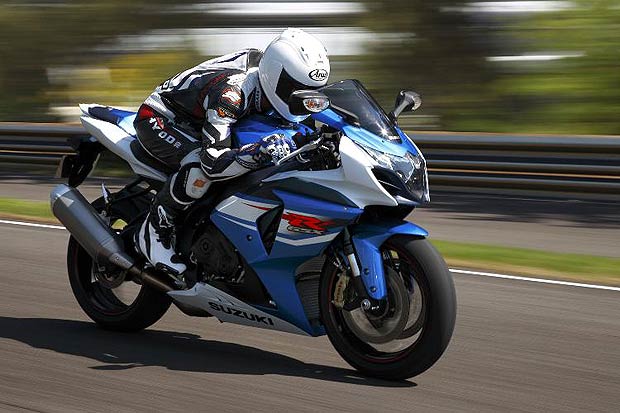 Suzuki has today announced pricing and availability for the soon to be launched 2012 GSX-R1000 and despite major technical innovations and revisions for the new model, pricing remains extremely competitive amongst its peers at £10,999.

With the new 2012 GSX-R1000 set for UK customer launch on Saturday 11th February, UK dealers are already taking deposits for the flagship GSX-R that has had major revisions for 2012, offering heightened performance and a reduction in weight to make it the best GSX-R1000 to date.

Suzuki GB’s Paul de Lusignan announced the pricing, commenting, “With UK dealers set to showcase the new GSX-R1000 nationwide on 11th February, we’re delighted to announce the recommended retail price too. Despite the new GSX-R1000 being subject to considerable technical enhancements and with an impressive specification that includes Brembo Monobloc calipers and Showa Big Piston Forks, we’re pleased to bring this model to the UK at such a competitive price.”

The 2012 GSX-R1000 will be launched to press on 8th February in Miami, USA, with participating dealers welcoming customers from the following Saturday. As well as the new GSX-R on display, participating dealers will also have details on the rest of the 2012 range, including the GSR750 ABS and V-Strom 650 ABS, as well as special editions of the Intruder M1800R and Burgman 400.

Suzuki GB is pleased to confirm their and the 2012 GSX-R1000 Bikes attendance at the Adelaide Motorcycle show in Belfast, held at The King’s Hall Complex from Friday February 10th until Sunday 12th February. 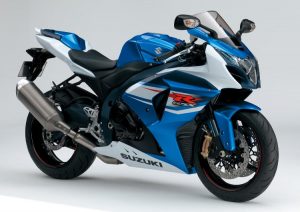 Supported by long-established Suzuki dealers, G.S. Motorcycles, the Suzuki stand will feature a selection of models, including the soon to be launched 2012 GSX-R1000 along with key bikes from each model family. Other highlights include the new for 2012 V-Strom 650 featuring the new GT pack and the multi-award winning GSR750, in recently launched ABS guise too.

John Nelson, dealer principle at G.S. Motorcycles commented, “This is a great show to attend whether you’re an exhibitor or a dealer, with a large selection of models on display combined with a great atmosphere. We welcome all customers to come along and say hello, where we’ll be pleased to discuss the current offer that combines Cashback of up to £1,000 on selected models, with low rate finance options and deposits from just one pound.”

Further information on the 2012 GSX-R1000 can be found on the main company website.