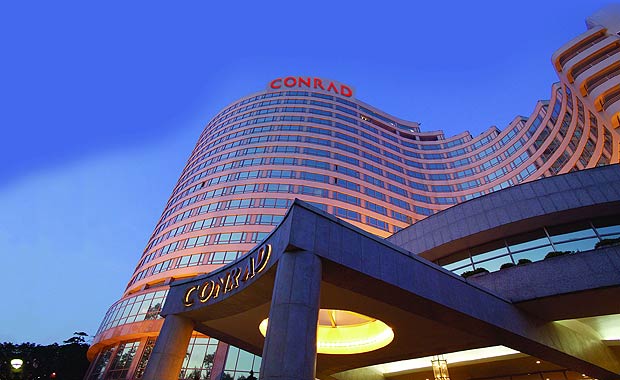 Conrad Istanbul was recognized with the “Best Meeting Hotel in Istanbul” award during the first, Meeting, Incentive, Congress and Event (ACE of M.I.C.E) Awards 2012.

The jury, composed of 36 reputable opinion leaders from the tourism sector, evaluated Conrad Istanbul according to criteria such as creative and conceptual initiatives, references, service quality, contribution to the promotion of Turkey and sustainable tourism initiatives. Conrad Istanbul stood out with its creative efforts among numerous rivals and triumphed to win this already prestigious award. Armin Zerunyan, Country General Manager, Full Service Hotels, Turkey at Hilton Worldwide has taken the award in the ceremony. 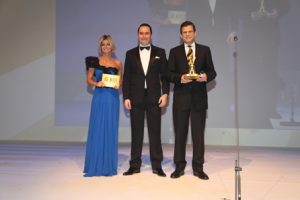 Enjoying a prime location in the city centre, located on the European side of the city, the Conrad Istanbul hotel is one of the most conveniently located luxury hotels in the European side of the city. Fourteen floors house 590 contemporary guestrooms at Conrad Istanbul hotel, including 484 Deluxe rooms, 71 Executive rooms and 35 suites, all with magical views of the Bosphorus, from Maiden’s Tower to Old Town.

The conference centre at the Conrad Istanbul luxury hotel covers 3,000 square metres comprising total 2 Ballrooms, one of them being one of the biggest astylar ballrooms of Istanbul, Panoramic Terrace which adds an environment for cocktails, dinner, and special events set against stunning views of the old city, 27 multi-purpose meeting rooms some of which has seascape and large lobbies and 24-hour service Business Center.