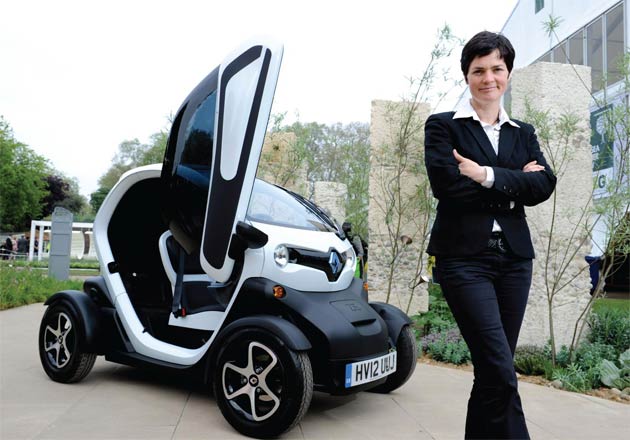 Renault is firmly in the driving seat at the RHS Chelsea Flower Show with a Silver Gilt, award-winning garden which mirrors its strong belief in the importance of minimising the environmental impact in all it does. 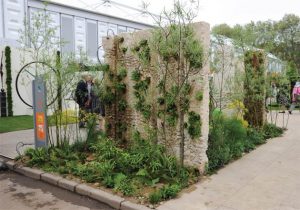 Renault has recently launched its innovative Z.E. range of 100% electric vehicles, including the unique Twizy, the eye-catching two-seater urban compact, which, thanks to its diminutive dimensions, even took its share of the limelight on Monday within the garden itself.

For many years, Renault has been committed to protecting the environment by sourcing local materials or using waste products in new ways, and is now planting the seeds of change at the RHS Chelsea Flower Show within the Renault Garden. It demonstrates that waste material such as puddingstone – a waste product that can be recycled – can be used to create a beautiful garden and sustain plant life. The inspiration for the Renault Garden by award-winning designer James Basson, comes from a lost valley in Nice composed of puddingstone where an abundance of plants grow in the most unlikely conditions. Together they create a microclimate supporting ferns and teaming with waterfalls, surrounded by the Mediterranean landscape. In the Renault Garden, which creates a slice of the South of France landscape in London, puddingstone has been used for paving, pillars and a pathway as well as a mulch demonstrating its versatility as a recycled product.

James Basson explained: “This fits nicely with Renault’s eco2 programme that ensures vehicles are 95 per cent recyclable at the end of their life.” 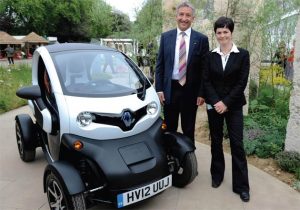 The Renault Garden, showing how an environmentally-aware approach can be put into garden design, supports the principles of the “circular economy” – putting back what you take out. Dame Ellen MacArthur, who broke the world record for the fastest solo circumnavigation of the globe in 2005, opened the garden with Thierry Sybord, Renault UK Managing Director. The circular economy is promoted by the Ellen MacArthur Foundation and Renault as one of its founding partners. The Foundation has been instrumental in educating and encouraging projects that embrace the value of this philosophy, taking local materials and giving them a fresh look.

The Renault Garden, competing in the Fresh Gardens category, will be presented to Maple Cross J.M.I School near to Renault UK’s head office at the close of the festival allowing generations of children to enjoy the Renault Garden for years to come.