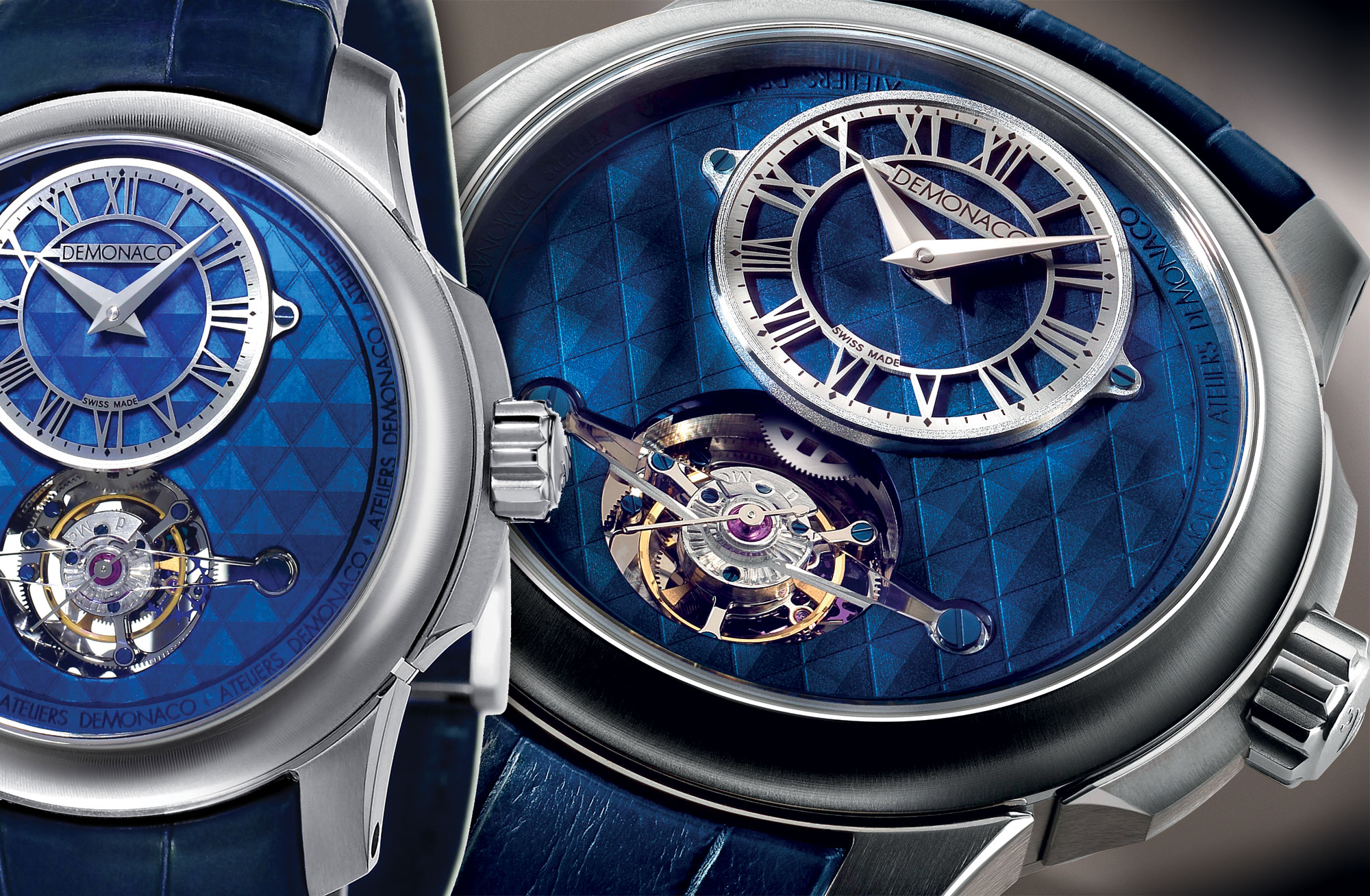 To coincide with Baselworld 2016, Ateliers deMonaco unveils their Tourbillon Oculus 1297 in titanium, a new and exclusive version of its most emblematic model

Some of you might be thinking that the 1297 number is the watch reference, however, you’d be mistaken as this number relates to the year 1297 and is a tribute to the ascent of the Grimaldi Family. In this year, Francois Grimaldi (the Genoese leader of the Guelphs) seized the fortress of Monaco from a rival Italian faction. 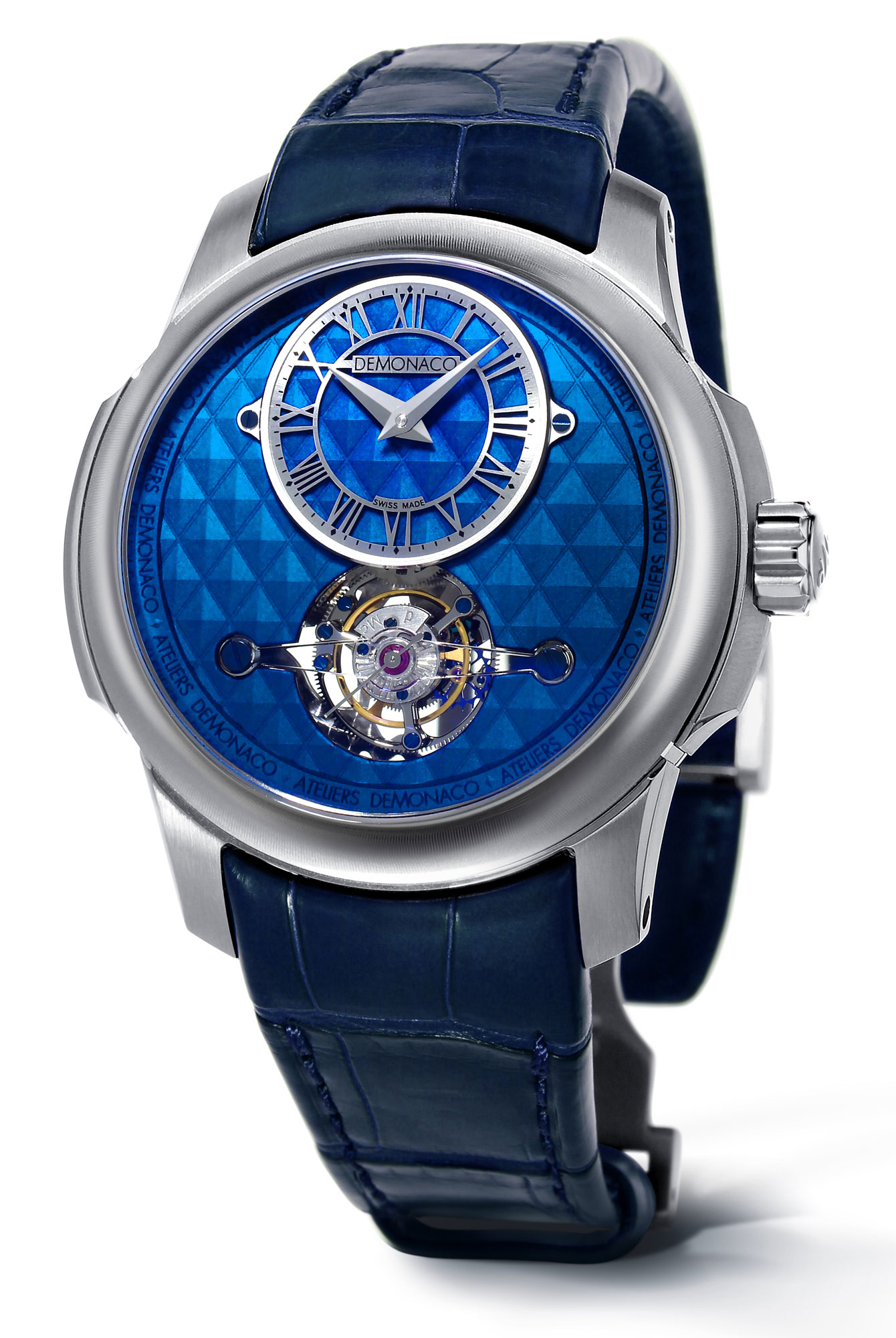 Disguised as a monk, Francois along with his cousin Rainier I, Lord of Cagnes, successfully led a small army into the fortress. The legacy of his daring victory is recorded on Monegasque coat of arms, which bears two monks brandishing swords with the lozenge pattern in the middle. The iconic and distinctive form of Ateliers deMonaco.

Reinterpretation and high-innovation are some of the keywords which provided the inspiration for the Tourbillon Oculus 1297. The timepiece is characterized by its modern look, its off-centered dial at 12 o’clock and its dial aperture with the tourbillon at 6 o’clock; this new watch from Ateliers deMonaco is without a doubt a very handsome timepiece.

Within the 44mm titanium case, a fusion has taken place between the technical mastery involved in producing watchmaking complications and the high aesthetic standards and virtuosity required in jewellery making. The Tourbillon Oculus 1297 is a watch that will garner attention with it’s vivid royal blue dial which is embellished with relief lozenges. This particular enhancement of the dial is made using a 5-axis laser machine, an advanced technology which firstly heats and secondly melts the material to sublime it. The overall finish of the dial gives a voluptuous play of brilliance, which underlines the elegance of the Tourbillon Oculus 1297.

Inserted into the upper part of the dial, the hours and minutes counter is a lovely embodiment of classical codes featuring Roman numeral indexes and dauphine shaped hands. The Ateliers deMonaco watchmakers have achieved a seamless blend of classicism and modernity in a single watch – offering a timepiece with a highly contrasted and bold design.

Produced and assembled by the Ateliers deMonaco watchmakers in Geneva, the Tourbillon Oculus 1297 is powered by its own in-house patented Tourbillon XP1 movement, which drives the hours, minutes along with the small seconds. With an average tolerance between o-2 seconds, every 24-hours this calibre is one of the most accurate tourbillon movement in the world today and bears witness to the Manufacture’s excellence.

Ateliers deMonaco Tourbillon Oculus 1297 – Where and how 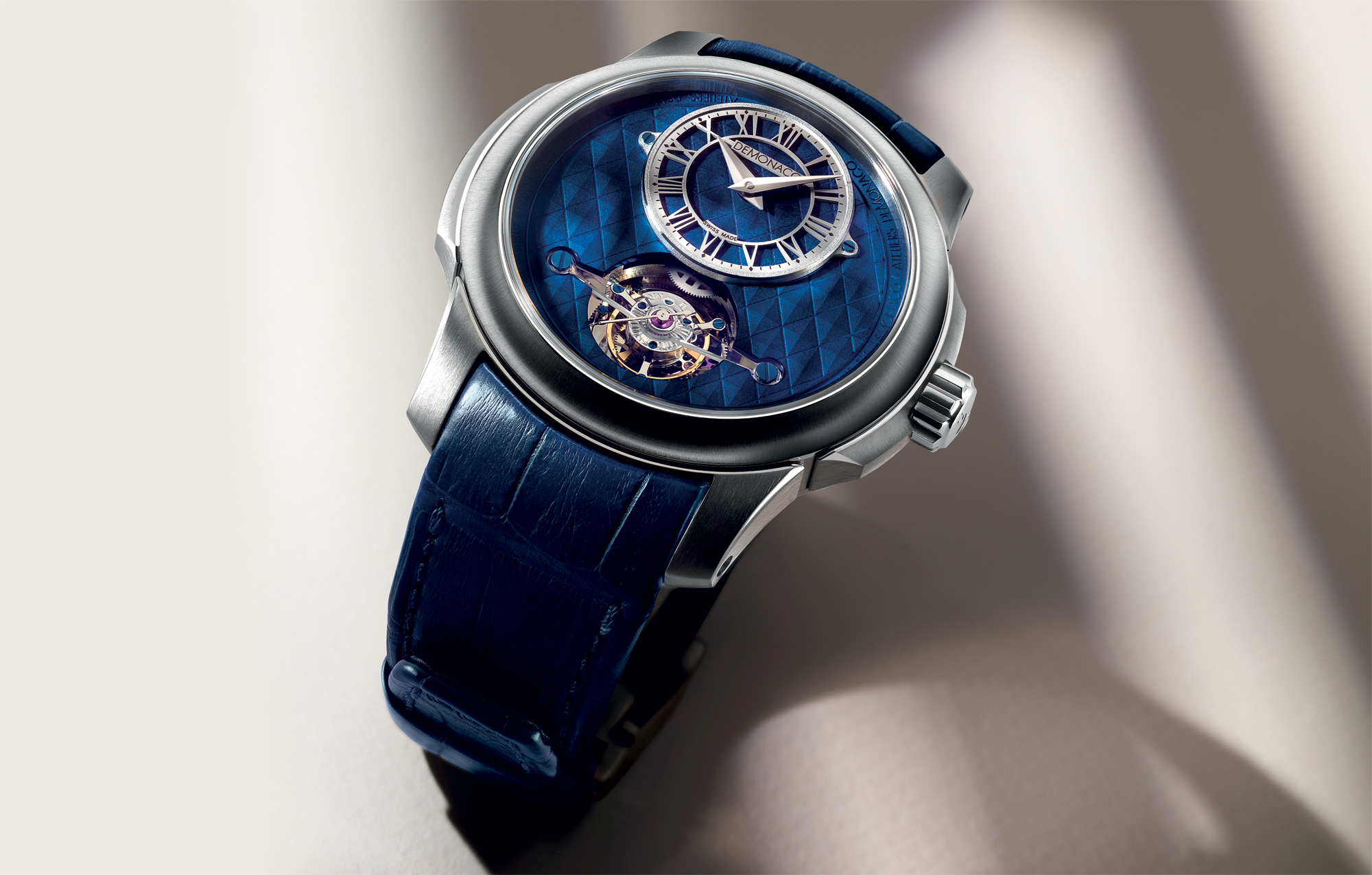