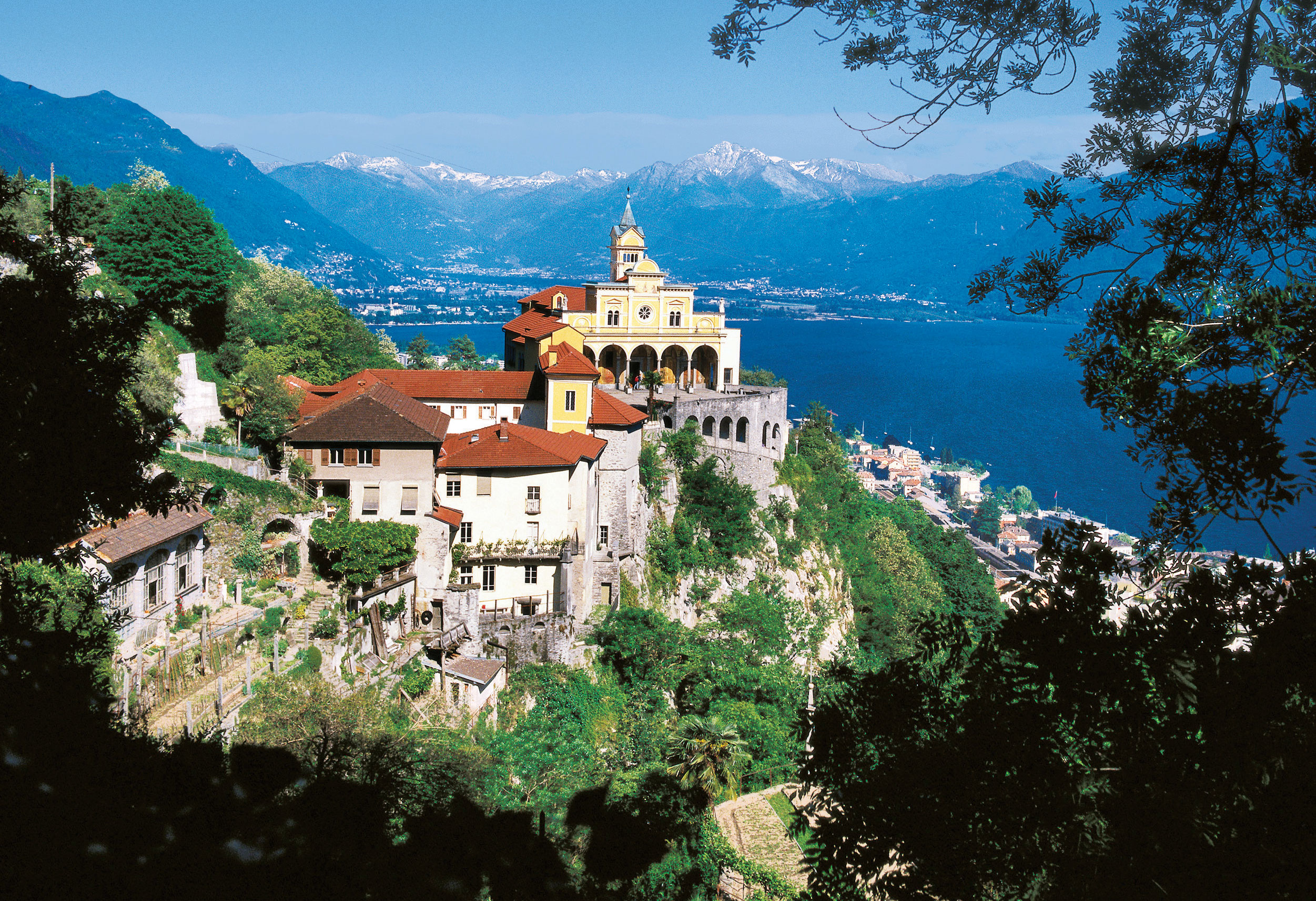 The Swiss canton of Ticino is unlikely to top many bucket lists, which is a pity, as it has spades of class.

Ticino is the Italian canton of Switzerland, and we’re told this gives us the best of both worlds, marrying Swiss efficiency with Italian style, flavours and architecture. 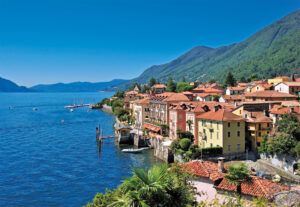 It may sound like an easy tourist board hook, but everything we experience seems to bear this out.

It may not quite rival Interlaken for adrenaline and adventure, nor deal in chocolate box clichés found elsewhere in Switzerland, but there are no shortages of lake and mountain vistas to drink in, nor a shortage of high-quality food and wine to imbibe. Best of all, there’s no deluge of tourists to jostle alongside.

Swissky A Go Go
Our trip kicks off with a visit to Switzerland’s only risotto rice farm. Diversification is clearly the name of the game at Terreni Alla Maggia, where they also produce barley, polenta, walnuts, and several grape varieties. Their latest innovation is Ascona Whisky, which is buttery and surprisingly smooth. The shelves of the farm shop heave with jars of tempting condiments, such as Merlot salt and fig mustard. 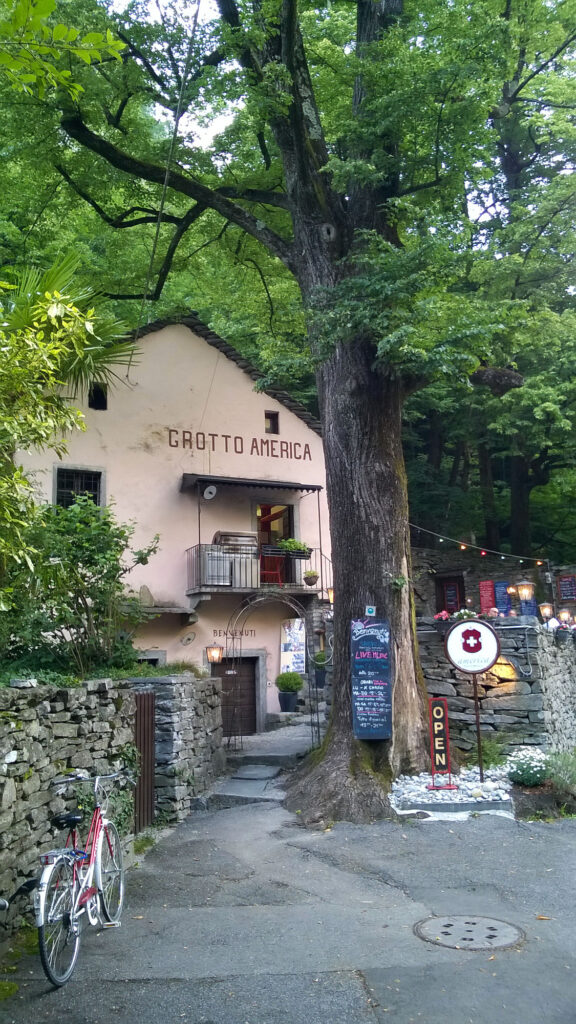 Grotto America
For dinner, we get a date with history. Grotto America looks like a simple mountain refugio. On the terrace you sit at huge stone carved benches on gravel floors, beneath fairy lights looking out at the tumbling rapids of the Maggia River. It was originally a staging post for emigres bound for New York (hence the name) via the port of Genoa.

Nowadays, it will tempt you to linger with hearty, delicious rustic fare, such as moorish lemony risotto and charcuterie platters the size of surfboards, all held aloft by the cheery waiters. There’s a charming al fresco performance area at L’Angolo degli Artisti (Artist’s Corner), and a cosy grotto-like dining room seating maybe a dozen people. If you’re looking for an unfussy romantic dinner in a spectacular natural setting, this is the place to come.

Lakeside Lounging
Ascona reveals itself to be a pleasantly low key lake town, quietly confident of its pulling power. It is closer to Milan than Zurich, in more ways than one. The resort seems designed with restrained tourism in mind, free of the usual holidaymaker clamour that often blights lake resorts. 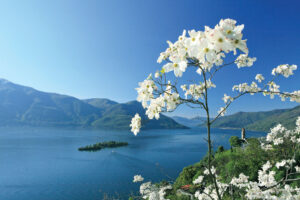 Aside from the cluster of restaurants and bars that grace the corner of the lake, there are quiet courtyards of art galleries, gelaterias and ladies’ boutiques.

There’s not much to do here except watch the sun set over the overlapping contours of the distant mountains while nursing a tumbler of nocino (a noirish hazelnut liqueur) outside chic watering hole Bar Seven, listening to the roving street pianist hammer out jazz classics, which strikes me as a perfectly worthwhile endeavour.

Brissago: Switzerland’s Tropical Island
From Ascona, a ten-minute boat ride takes you to the tropical island paradise that is Brissago. The botanical garden was built in 1885 on an island and former monastery by Russian Baroness Antonietta Saint-Léger. Lake Maggiore’s mild climate proves ideal for some 1,700 plant varieties. 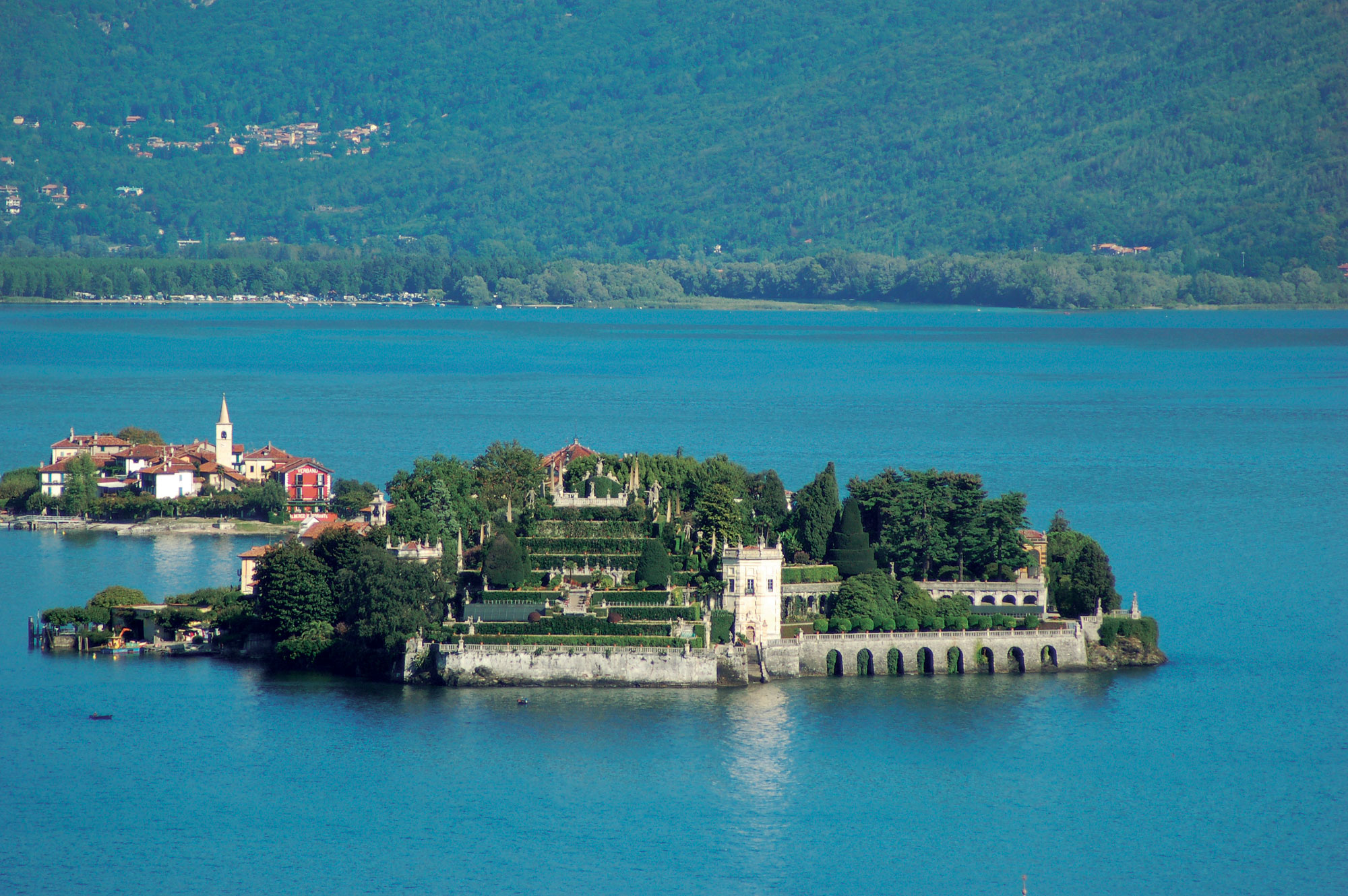 The handsome neo-classical villa displays vintage photographs which hint at the island’s racy heritage, when German writers and intellectuals like Herman Hesse based in the nearby artistic community of Mount Verita (known as the ‘magic mountain’) visited this destination, throwing bacchanalian parties with frequent nudism.

The gardens are divided into five zones reflecting the horticultural marvels of each continent, so you can wander from the serenity of the Roman-style garden, wade through bamboo rushes and relax on a chaise lounge looking directly out onto the lake’s calming azure waters. Today the villa can be booked for weddings, which effectively means guests can have the island to themselves after the last boat departs for the evening.

Locarno Stargazing
Locarno is Ascona’s big brother across the Delta, and while it feels more like a real working town, it manages to exude a similar atmosphere. The Piazza Grande bustles with polenta stands and market stalls. Our guide shows us the point in the square where the lake lapped, but was filled in during the 19th century to ward off a cholera epidemic.

In August, the Piazza’s home to the high-profile Locarno International Film Festival, which in recent years has seen appearances from the likes of Anthony Hopkins, Terry Gilliam, Quentin Tarantino and Harrison Ford, to name just a handful of celebrities.

Nearby there’s a horsemeat butcher and a church with some striking statuary and reliefs which would not look at all out of place in the backstreets of Florence or Rome.

From here, you can take a funicular and chairlift to the top of Mount Cardada for sublime 360-degree views over the lake.

A Hundred Valleys to Chug Through
Switzerland’s integrated transport system is arguably the envy of Europe. With a Swiss Pass you can easily dot about from cable car to boat, and to train to bus and tram, without worrying about tickets or plotting departure points for the next leg of your journey. 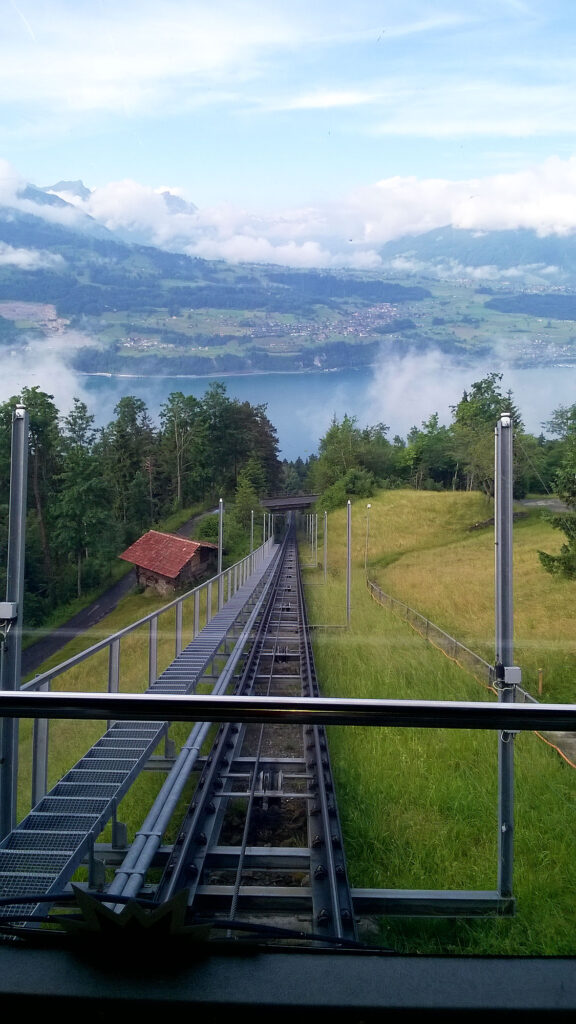 Everything joins up and leaves on time, and runs about as reliably as a brand new Mondaine watch.

We took the scenic CentoValli Express train, which creatively reimagines the concept of an express train somewhat, being a simple, white loco which clanks its way slowly through the mountains on a 60 kilometre trip taking several hours. The journey’s well worth it though, as it winds its way through a hundred valleys over dizzyingly high bridges and viaducts through velvet green river gorges and forests, making frequent stops at tiny mountain towns.

After a brief interchange in Italian territory at Domodossola, the train delivers us to Thun in Interlaken. Thun is home to a 14th-century fairytale castle housing the town museum in the rafters, which has some interesting displays on William Tell and the Swiss Army, which is not all boy scouts with tin openers. Afterwards, we browse the shops on the city’s raised pavements, a rare and innovative town planning feature, and something Thun has in common with Chester of all places.

For something a little more vigorous, burrow your way through the limestone formations of the St Beatus Caves or dive off the heavy wooden Alpine bridges for a little city centre jet skiing.

Inghams offers 7 nights in Switzerland with 3 nights half board at the Hotel Ascovilla in Ascona and 4 nights half board at the Hotel Beatus Merligen in Lake Thun from £1,648 per person departing 16th May 2016. Price includes return flights from London Gatwick to Zurich and resort transfers. For more information and to book visit www.inghams.co.uk or contact 01483 791 116.