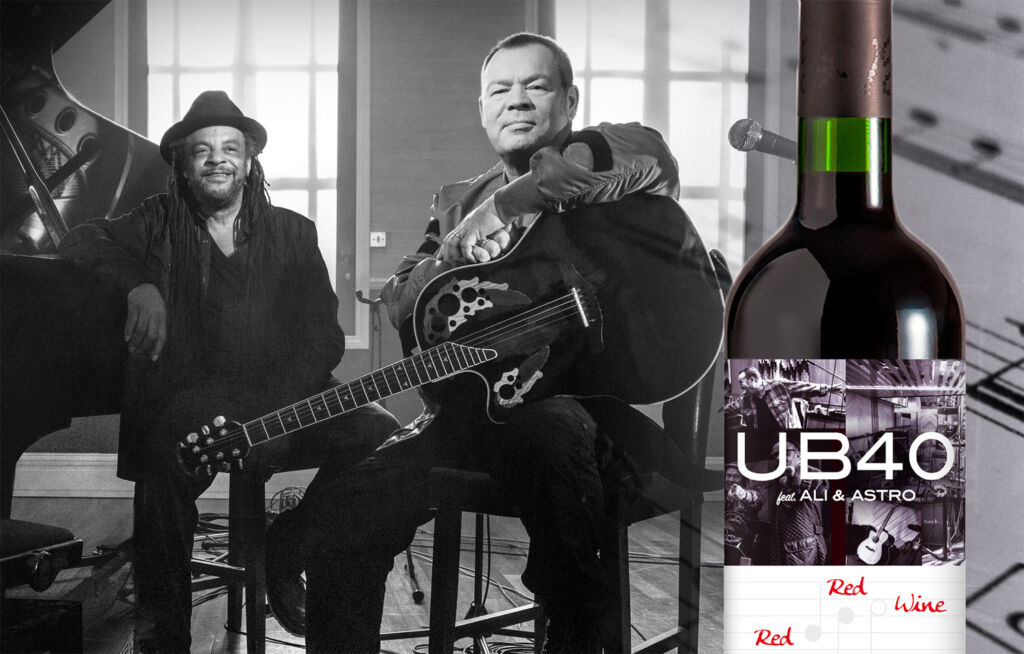 In another brilliant masterstroke, Eminent Life has collaborated with the iconic English band UB40 and the result of this is the ‘relaunch’ of Red Red Wine. On this occasion, it’s in the form of a limited edition Bordeaux Supérieur and could prove as popular as their biggest hits in the 1980s.

I consider myself very fortunate to have spent my formative years attending school and college in what I still believe today is the best of all decades. From the beginning of 1980 until the latter part of it, music for people of my age was all-encompassing.

My friends and I would sit with our cassette players by the radio on a late Sunday afternoon, where we’d record songs, attempting to cut out the dee-jays verbiage with a deft press of the pause button; preparing our hand-made playlists for listening on our Walkmans and boomboxes. 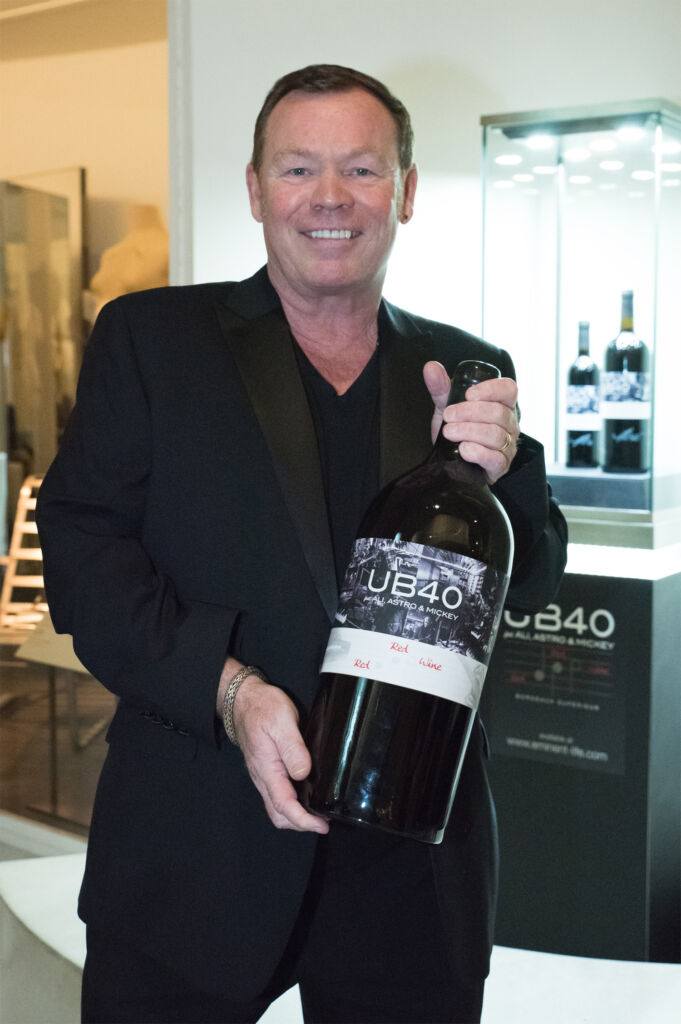 The 1980s was also when the world rekindled its love affair with British music, spawning a second British music invasion of the USA. One of the catalysts for this was UB40, a band formed by school friends hailing from Birmingham.

UB40’s songs had a distinctive sound, a mixture of reggae and pop fronted by Ali Campbell’s amazing vocals, which even today are unique.

When I think back to the 80s, and particularly the music, many bands spring to mind, including Adam and the Ants, Spandau Ballet, Bronski Beat, Human League, and of course UB40.

Their Red Red Wine song topped the charts in the USA and UK and is so memorable; it still transports men and women back to the days of Harrington jackets, Dr Martens, shoulder pads, big hair and bright neon colours upon hearing it.

As odd as it might seem, Ali Campbell is no stranger to wine production. In his younger years, he took up a job harvesting grapes on an estate in Bordeaux. Later in life he helped form a band and one of his co-founders was Astro who by coincidence was also a wine enthusiast. Both Ali and Astro harboured dreams of launching their own wine and little were they to know that this would one day become a reality.

Ali and Astro are thrilled by the launch of their Red Red Wine wine which has added another thing to their list of amazing achievements. Of the subject of the wine, Astro said, “This Bordeaux is really special, and we think you will love it too!” 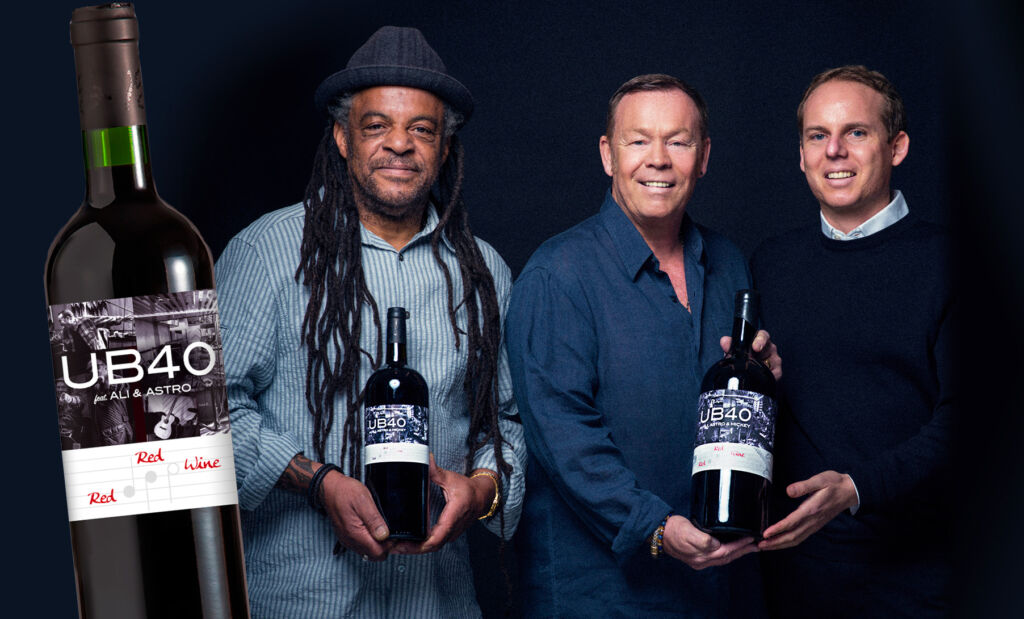 The launch of the wine would not have been possible without Evident Life, a company dedicated to celebrating excellence in music and the arts through limited-edition products.

Jerome Jacober, founder of Eminent Life commented, “I am delighted with the exceptional partnership between Eminent Life and UB40-one of the most iconic British reggae bands. It has been a pleasure and honour working with Ali and Astro to create the exclusive wine which is so befitting of the great track ‘Red Red Wine.”

Regular readers of Luxurious Magazine will no doubt have seen our recent feature on Eminent Life’s collaboration with Roger Daltry. Although I am yet to experience UB40’s Bordeaux Supérieur, if it’s anything like the quality of the Roger Daltrey Champagne, fans of the band and wine-lovers alike will be in for an absolute treat! 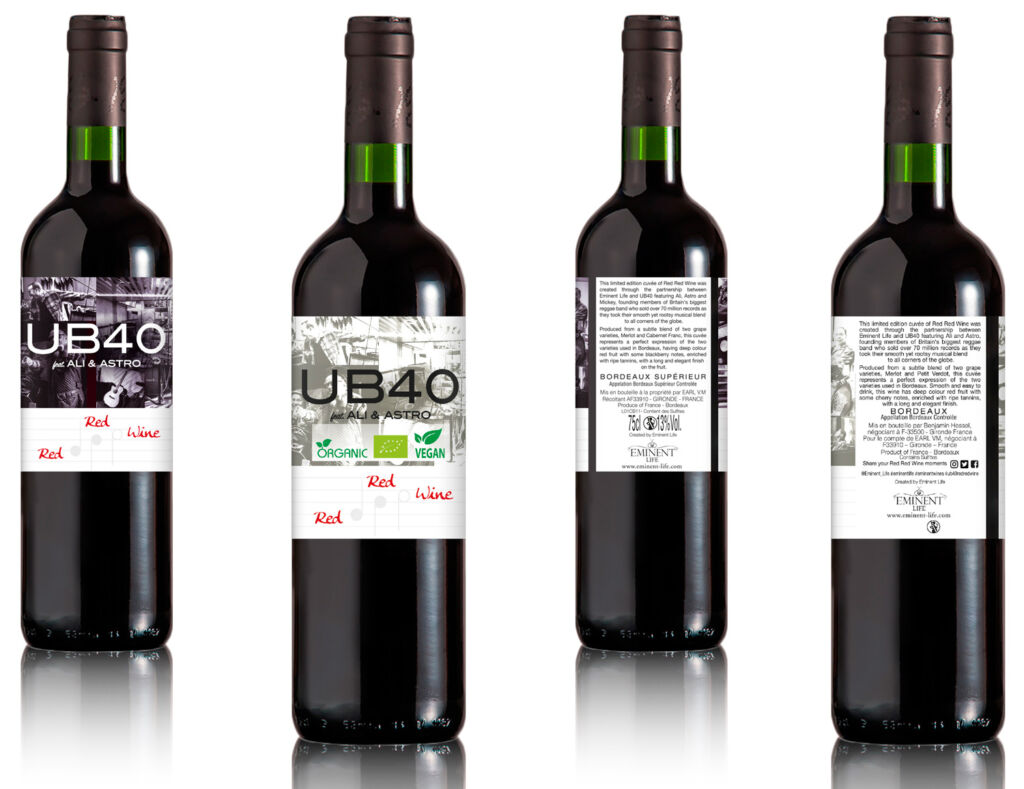 The dedicated wine press has been very complimentary about it, with one critic from the Wine Enthusiast stating, “Here’s a good blend; a rich wine with tannins and attractive fruits.”

If launching wines weren’t enough to deal with, the band has some massive plans for 2021. They are currently touring, and in addition to playing numerous UK concerts, will be heading over to the USA and Canada, Australia and New Zealand, France and Holland.

You can see a complete list of the tour dates here, and if Ali, Astro and Mickey are reading this and want to send me a couple of backstage tickets to help rekindle my youth, you know where to find me!

The lyrics in Red Red Wine (penned by Neil Diamond) and made globally famous by UB40 contained the words, “Just one thing makes me forget, Red Red Wine”. Those who choose to consume a little too much of this fine wine might discover how true those words are!

UB40 Red Red Wine Bordeaux Supérieur – Where and how?

The Red Red Wine Bordeaux Supérieur is priced at £28.50 (38 USD) for a 75cl bottle. The limited-edition wine is available to order now at www.eminent-life.com/ub40.

To keep up to date with what Ali, Mickey and Astro are doing, visit http://ub40.org.