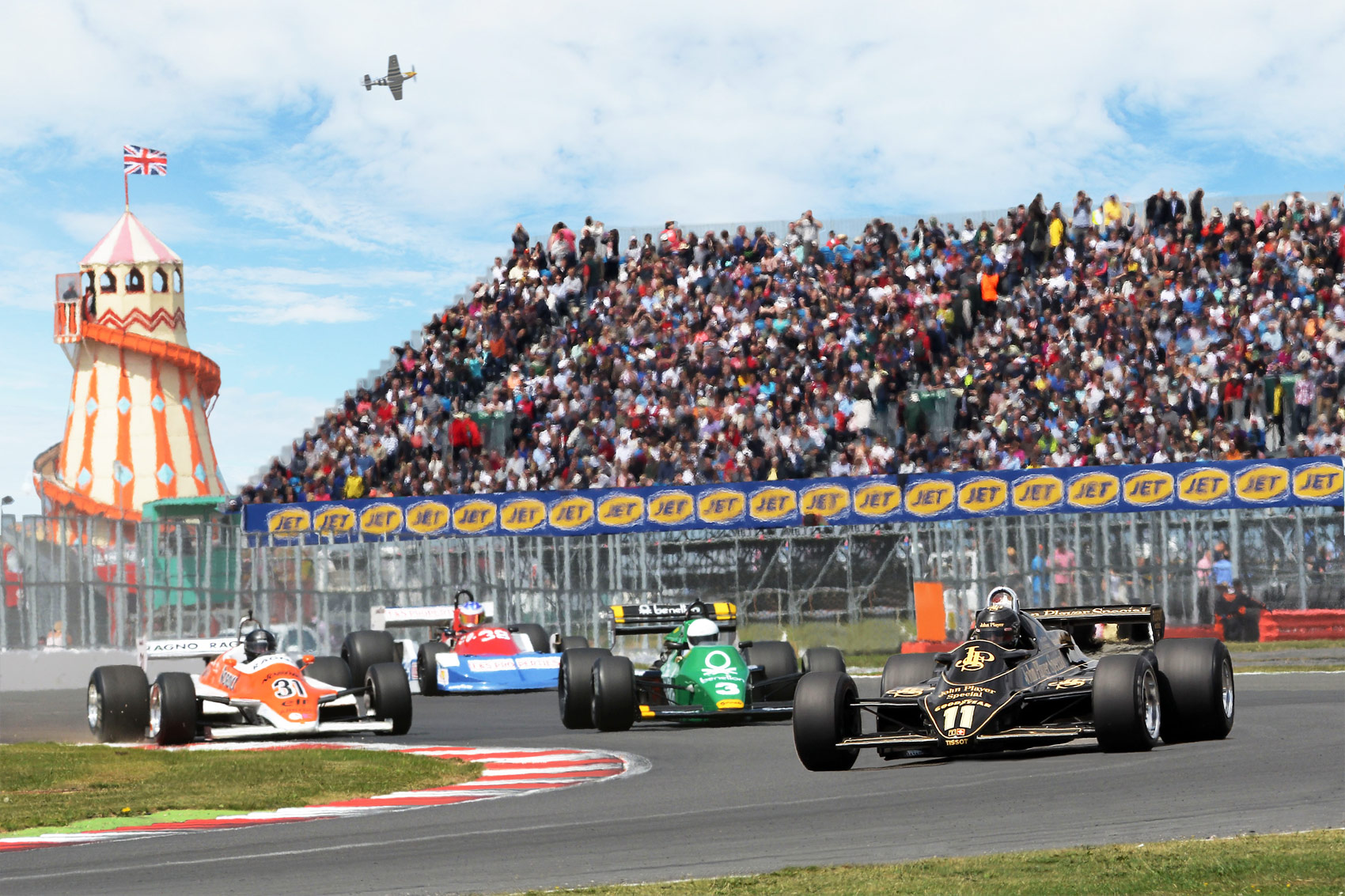 Paul Godbold makes a rare foray out of his office to accept an invitation to sample the VIP experience at 2016 the Silverstone Classic.

Motoring is a passion of mine, and classic cars hold a special place in my heart. Don’t get me wrong, I adore modern-day cars too, however, there is a unique, almost undefinable allure when you are surrounded by the raucous sounds and smells generated from cars with far more mechanics than electronics. And although some of our readers around the world might disagree, in my opinion, you’ll not find anywhere better to experience this than at the Silverstone Classic – the world’s biggest classic motor racing festival.

Like many, I have driven past Silverstone race circuit, but never entered, opting to watch races and events on television thinking that the experience would be the same, I was wrong. For those who’ve never been to Silverstone, you must have wondered why hundreds of thousands of people from around the world would come here for an event when they can watch it in the comfort of their own home. Quite simply, it is the visual and auditory experience, the infectious euphoria and adrenaline boost you feel surrounded by thousands of people sharing your passion and of course, the unique roar of the engines witnessed first-hand.

My ‘plus one’ for today was a close friend of mine from Southport in Lancashire, Mike Heybourne. Mike, like myself, is a motoring fan and houses a much greater knowledge of automotive mechanics than I do as he is the owner a well-known taxi and coach company, garages and also owns a fleet of limousines. Taking along a guest with far more motoring knowledge than I would help me in multiple ways, I would gain a better understanding of the technical aspects being told to me, I’d have someone to share my opinions with and most importantly the opportunity to reconfirm whether my experience of the day was in-line with another’s.

Aside from a little traffic which proved to be nothing more than a minor inconvenience, we arrived at our designated parking area at the circuit. After checking in and receiving our lanyards, it was off to join the thousands of people already at the event. Until you’ve been to Silverstone, you won’t appreciate just how vast it is. Fortunately for us, the SsangYong Motor Company were tasked with ferrying special guests to and from the various areas via a huge fleet of white VIP liveried vehicles. 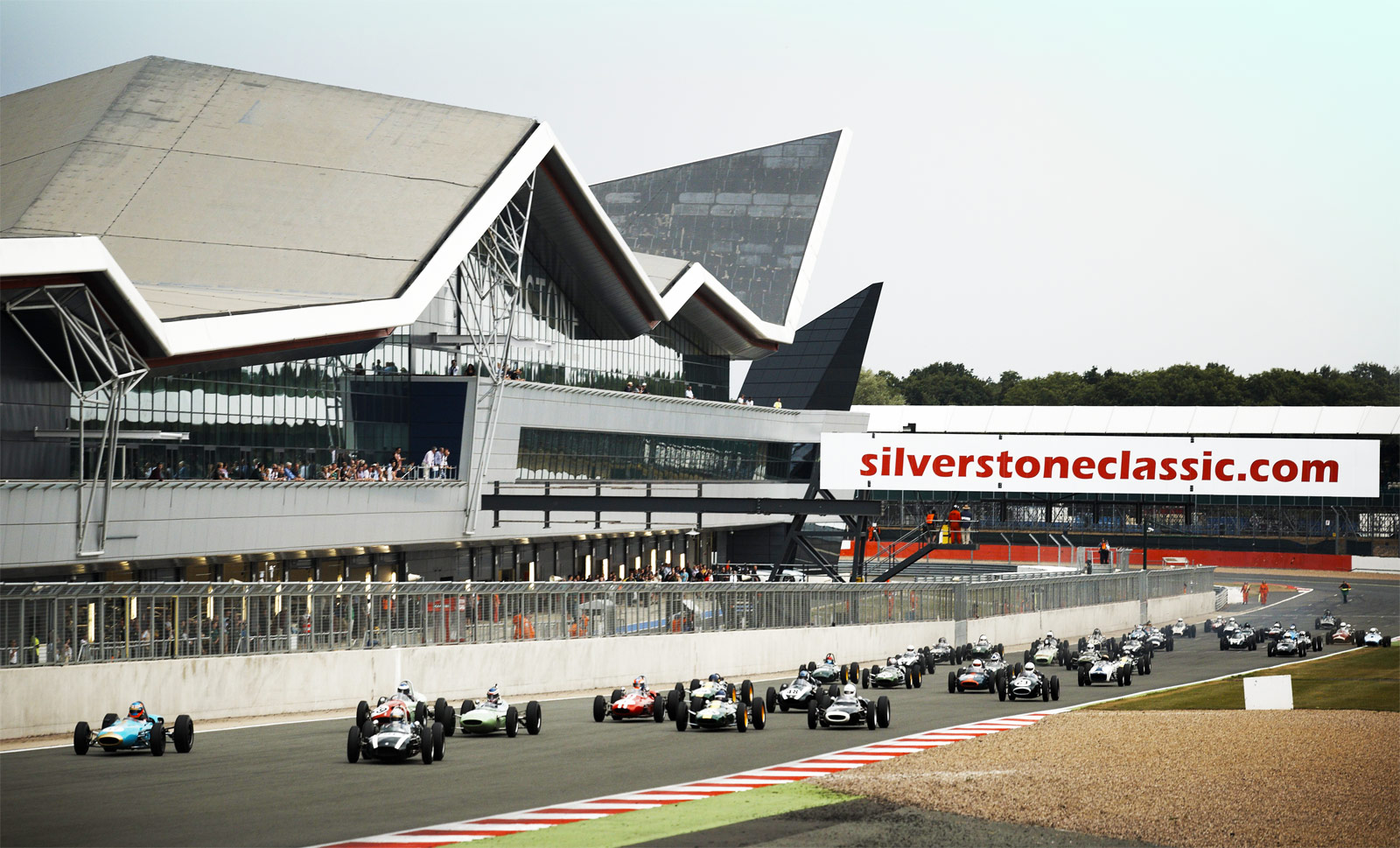 We opted to head straight to the International Paddock (nicknamed the Silver Wing) located adjacent to the Start/Finish line. This huge modern building purported to be 390 meters in length and up to 30 meters high sits above the pit garages with the two upper floors housing the auction, press area, conference rooms, halls and the VIP area.

Standing outside this vast metal-clad structure filling the skyline is almost overwhelming, it is truly a beautiful architectural centrepiece for the home of British motorsport. 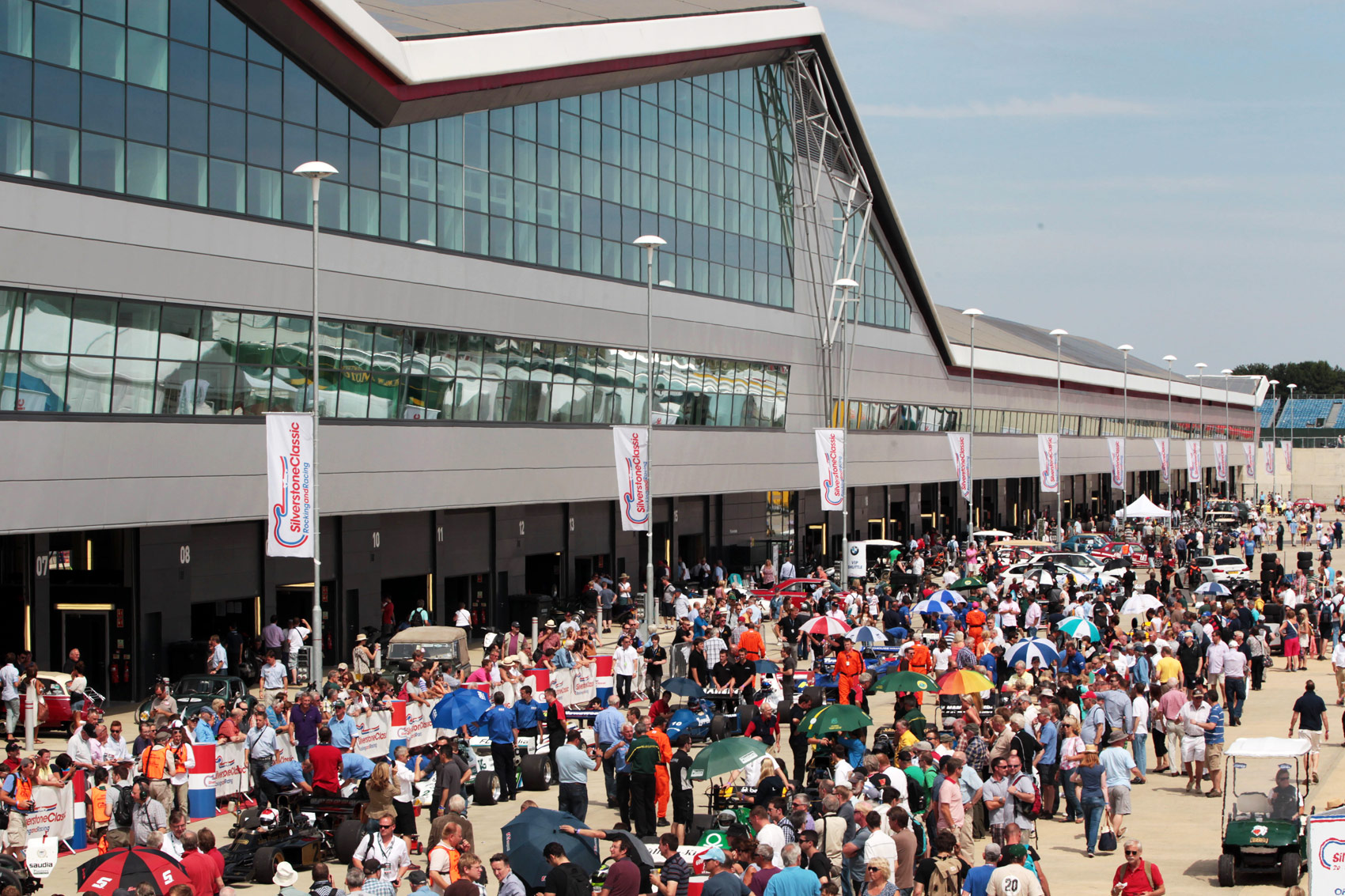 Before we went inside, we headed to the garages where hundreds of people were expertly working upon beautifully preserved and iconic motor vehicles which would have thrilled millions of people over the decades. Thinking that there would be a distinct and obvious competitiveness between teams, I was pleased to see the camaraderie, friendliness and interaction between all. 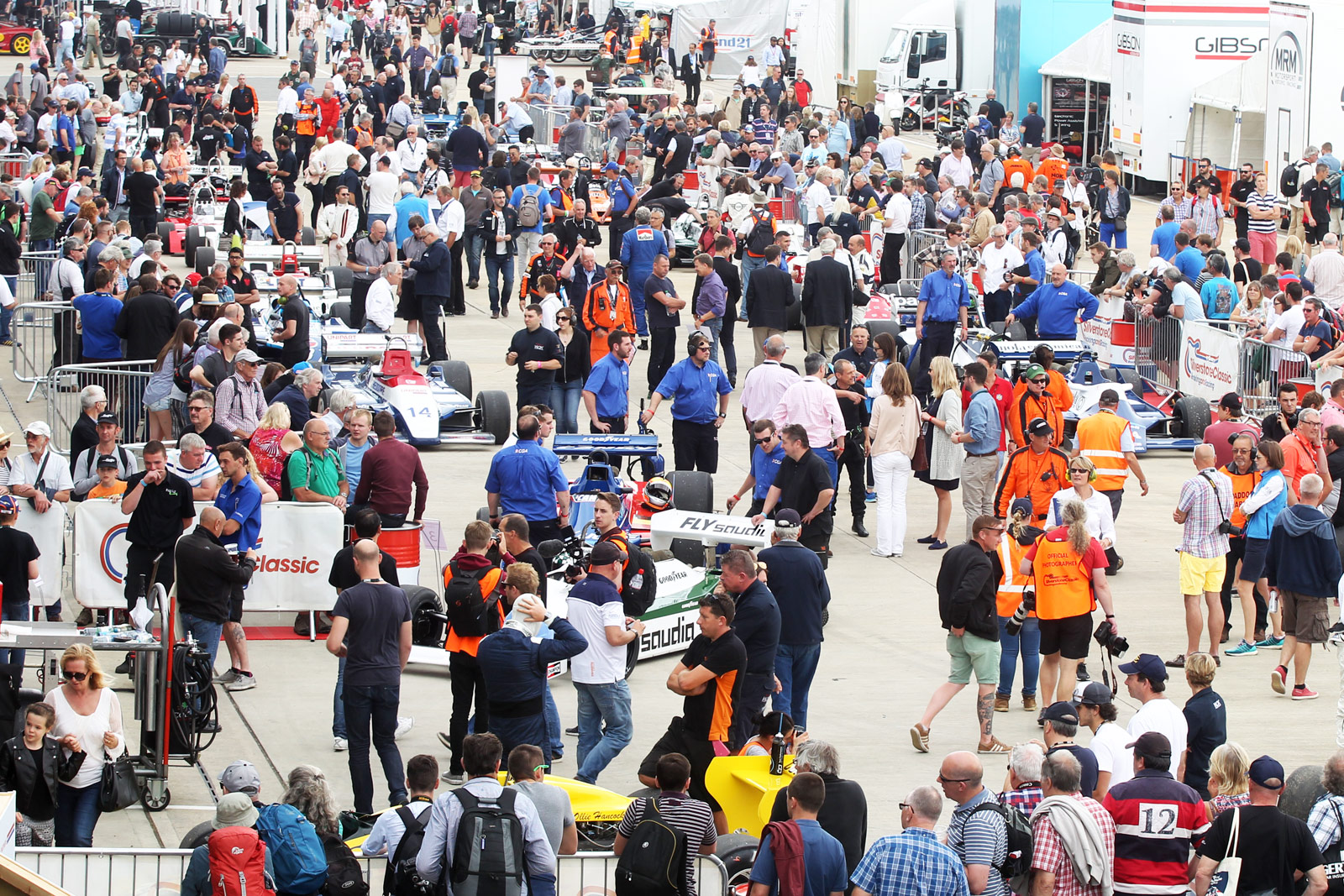 The garage area provided us with an opportunity to get up close and personal with the cars, drivers and members of the team. These beautiful pieces of automotive art and the extensive equipment needed to run them filled almost every square foot of this vast area and the smiles, laughing, nostalgia all interspersed with the revving sounds and subsequent smells from the engine made me feel like an excited young boy again. 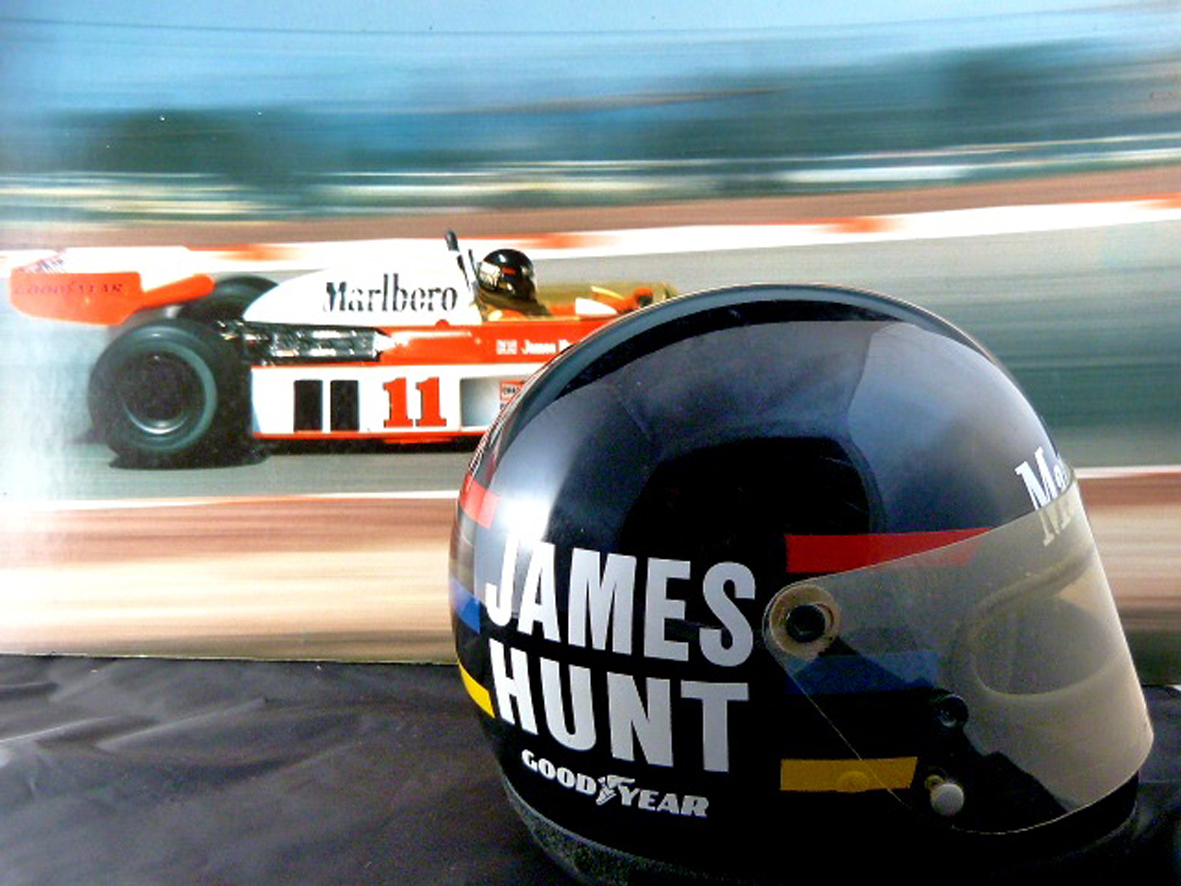 One of the standout features within the garage area was a comprehensive celebration of legendary motoring racing driver and Formula One world champion James Hunt. On display was a wide variety of James Hunt memorabilia including cars, clothing and some superb imagery of the motoring icon. The main highlight of this exhibition would be the opportunity for fans to talk to and meet with professional racing driver Freddie Hunt, the son of James. Although I didn’t get a chance to meet Freddie at the exhibition due to the long line of people waiting in the book-signing queue, I did get to meet him a little later in the VIP area and was thrilled by his politeness, affable manner and charm.

Having never met his father but being of his a fan as a young boy, I hoped that these wonderful traits were hereditary and that his father was as much of a gentleman as Freddy was.

After the excitement of the garage, it was off to see the amazing collection of cars coming up in the auction. Both I and Mike were very capable of walking away with one or two of the stunning vehicles on offer so I was very pleased that we opted to browse this area prior to sampling the range of free beverages in the VIP hospitality area. Irrespective of whether you already own a fine motor-vehicle, these cars were so beautifully presented that it would be hard for most people to not fall in love with their shapely curves and shiny bodywork. As we walked around the cars and at differing times, the same thoughts kept popping into our heads ‘I want that’.

The first lot of the day was a lovely piece being sold for charity and signed by Formula One driver David Coulthard, as the bidding began I had to restrain myself from joining in, after the bidding ended I said to Mike; “Let’s go or I’m going to end up buying something” he felt the same way. 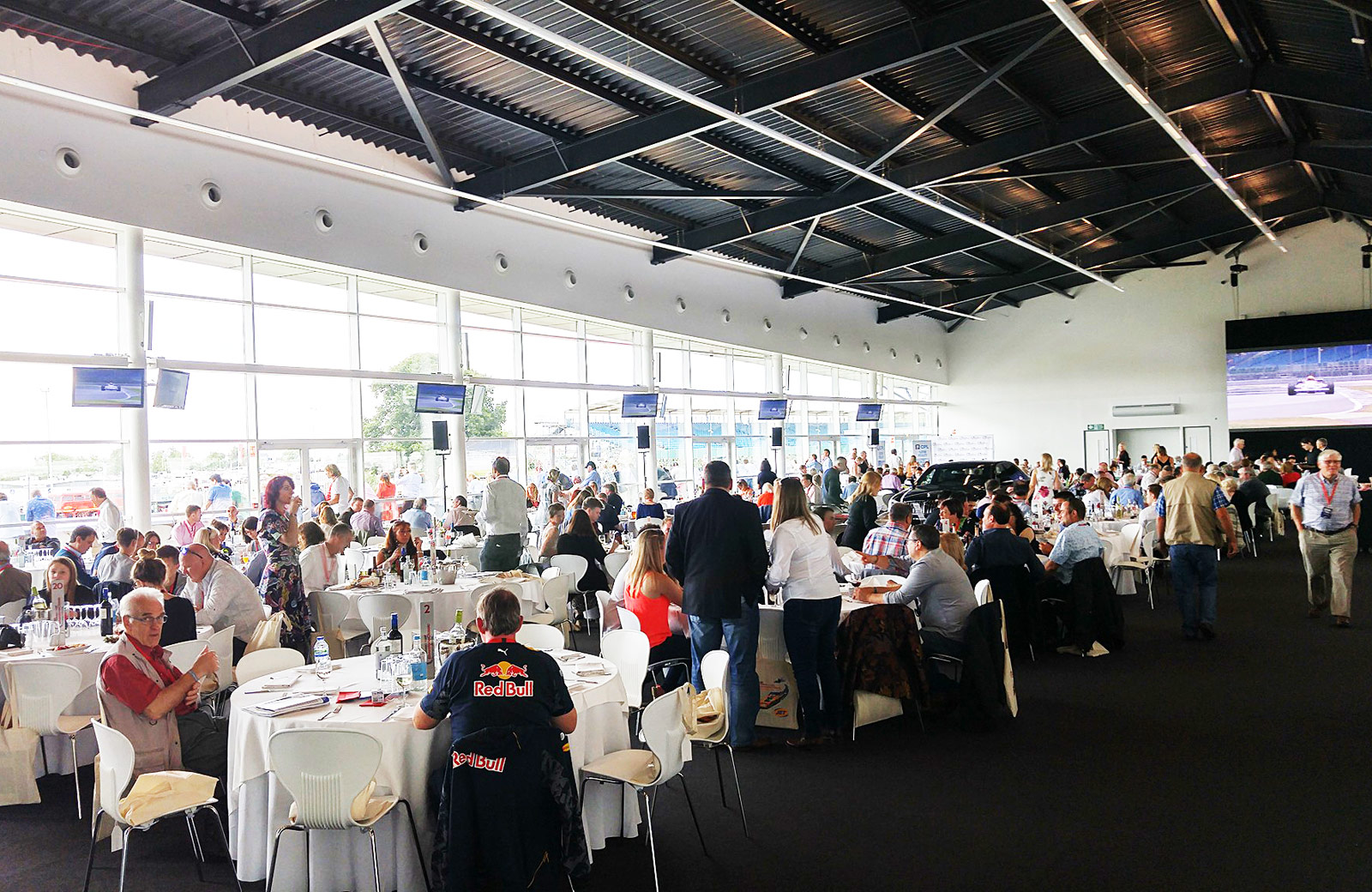 After all this initial excitement, we headed to the VIP hospitality area. Just as you do when heading for First-class on an aircraft it was the same when entering the VIP area, left for us, right turn for others. After checking-in, we were led by one of the friendly staff to our table which was housed on the top floor of the International Paddock with a large balcony overlooking the start-finish line. 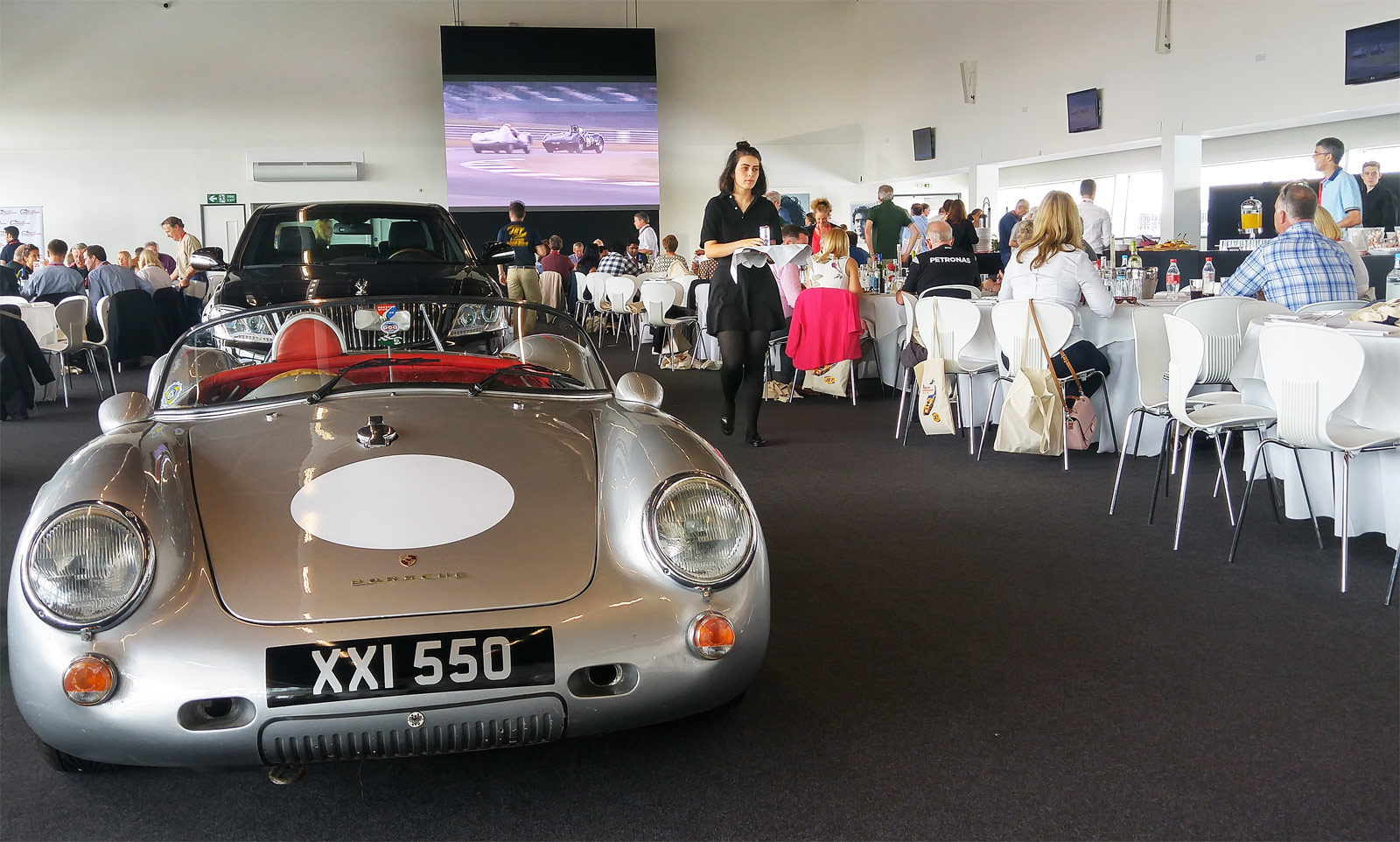 Immediately behind where we sat was a beautiful Porsche 356 Spyder in gleaming silver, adding to the feeling we were somewhere special. The food was arranged along one side with a centrally located bar. Although our designated table had bottles of wine, it seemed fitting given the warm weather to sample one of the beers along with a selection of food, relaxing and taking in the ambience.

While enjoying the food, I glanced around the room looking at the faces, a few of which made me think “I recognise that person”. There were many well-known people enjoying the first-rate hospitality inside this vast room. We were all introduced to a couple of the guests attending the event: Formula One team principal, Ross Brawn OBE and television presenter Mike Brewer who was here on in conjunction with Ebay to restore a Range Rover. 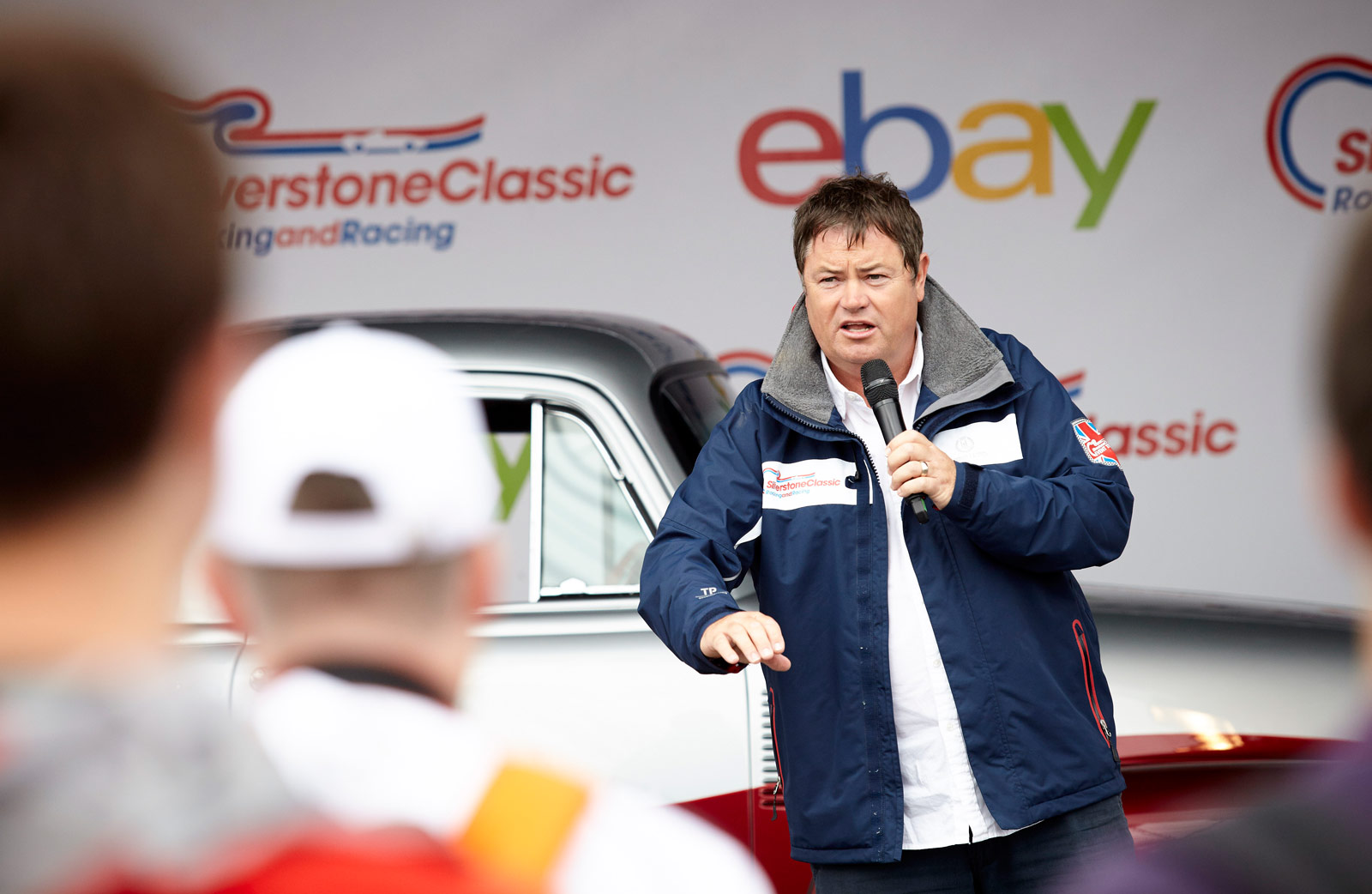 It was a pleasure listening to what Mike had to say, his enthusiasm and passion for car restoration is the same off-camera as it is on our screens. 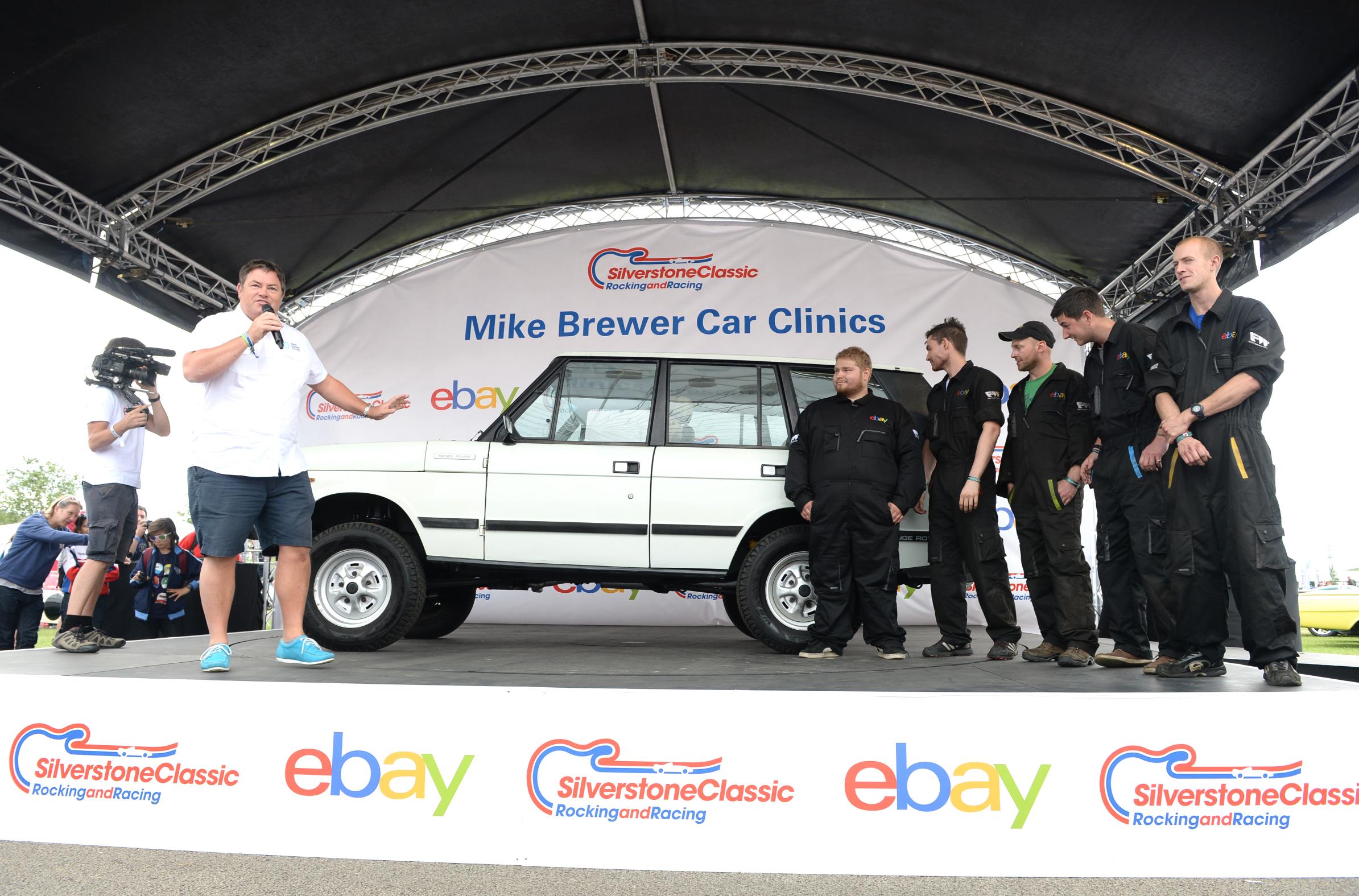