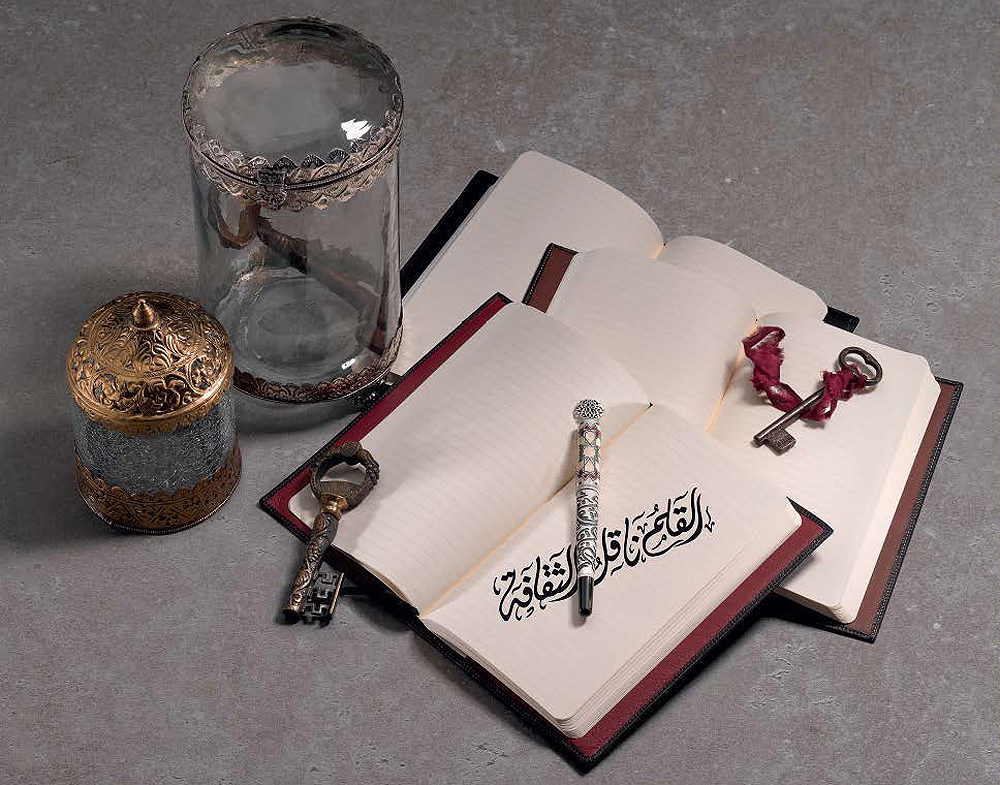 Montegrappa Calligraphy is the new limited edition collection of pens from the world renowned Italian manufacturers of luxury writing implements. These exquisite pens marry calligraphy and the Arabesque pattern via the design skills of Lebanese artist Katya Assouad Traboulsi

There is writing. And then there is calligraphy. Calligraphy is to writing what marquetry is to carpentry. It is the act of applying a second level to the communication which writing accomplishes, for – regardless of form or font – a word on the page or manuscript has a specific meaning. Calligraphy enhances the actual letters which form a word by adding a visual element that both complements and reinforces the message. When written calligraphically, letters and words transcend their basic forms and become precious items.

In the Arab world, calligraphy is considered an exquisite art form that empowers culture through its relationship to the Arabesque patterns that adorn books, tapestries, the interiors of mosques, textiles, jewellery and other surfaces that invite decoration. Arabic, or equally appropriately, Islamic calligraphy has evolved alongside both Islam and the Arabic language, and is based on Arabic letters. 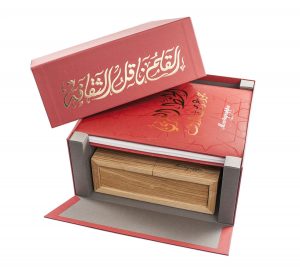 To couple together the spiritual and visual elements of Arabic calligraphy, and to translate them into a pen design, Montegrappa turned to the Lebanese artist and designer, Katya Assouad Traboulsi. Her creativity marries the calligraphy and the Arabesque pattern, which are intricately bound together by history and culture. Based in Dubai, Traboulsi was born in 1960. Since 1986, her work has been exhibited in Paris, Washington, Mexico City, New York, London, Kuwait, Algiers, Beirut, Dubai and other capitals.

Traboulsi’s design for the Montegrappa Calligraphy pen features an elegant arabesque medallion in silver as a cap top and an exquisite interplay of enamel arabesque patterns in mother-of-pearl white, red and green. The pen barrel is characterized by its Arabic calligraphy phrase, virtuously embossed on a silver or gold background. The phrase literally reads: “the pen transports culture”, and the symbolism of this phrase is that the pen has been the instrument of transmitting knowledge and culture through time and across generations.

Available as a fountain pen only, but with a wide range of nibs, the Montegrappa Calligraphy writing instruments are made of bamboo black celluloid with sterling silver trim. The fountain pen is fitted with an 18K gold nib enhanced with a bi-colour arabesque motif. Delivered in a hand-made wooden case devised to protect the pen, it also houses a hardback version of the special book, “Arabic Calligraphy: Worlds Made Precious”.

The Montegrappa Calligraphy pen is a limited edition comprising 328 pieces, this number representing the first and oldest discovered document written in a dialect of Arabic and dated 328 CE, and 28 pieces in solid gold that stand for the number of letters of the Arabic alphabet. It is fitted with the owner’s choice of the following nibs: EF (Extra Fine), F (Fine), M (Medium), OM (Oblique Medium), B (Broad), OB (Oblique Broad), BB (Double Broad), STUB 1.1.