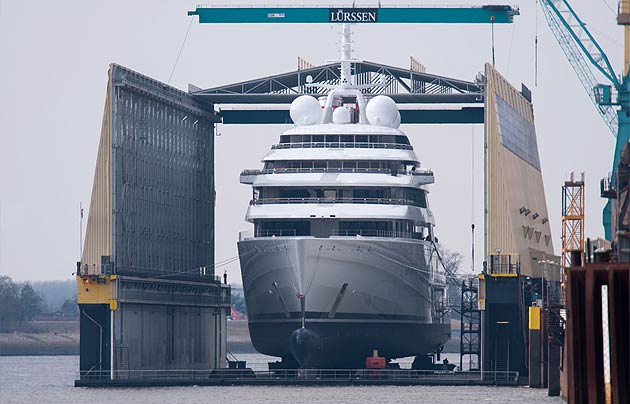 It has been a sobering fortnight for Russian billionaire oligarch Roman Abramovitch. It was announced in last week’s Sunday Times Rich List that compatriot Alisher Usmanov has become Britain’s wealthiest person.

Usmanov’s rise has shunted the Chelsea chairman down to fifth in the prestigious list – a demotion that he may well have been able to stomach if it wasn’t accompanied by the recent arrival of a certain superyacht called “Azzam”.

Built in Germany by the Lürssen shipyard, the crucial detail about Azzam is its length, because at 180 metres it is now officially the world’s largest superyacht. The second largest? Why of course that would be Mr Abramovich’s Eclipse, which comes in at a mere 162.5 metres. 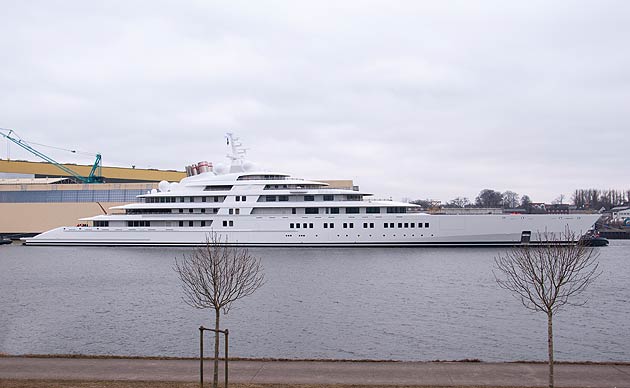 One-upmanship aside, the launch marks the conclusion of a year of speculation over Azzam, with the project kept a closely guarded secret by its builders. Who owns the new floating behemoth is still unknown, though there have been strong rumours that the Royal Family of the United Arab Emirates may well be the proud recipients.

The yacht’s precise specifications also remain shrouded in mystery, but it is certain to boast all of the lavish facilities you would expect on a yacht that cost a cool £400 million to build. To give you an idea, Abramovitch’s vessel Eclipse, which launched in 2010, features two swimming pools, two helipads, a gym, hair salon, dancefloor and a 007-style submarine. 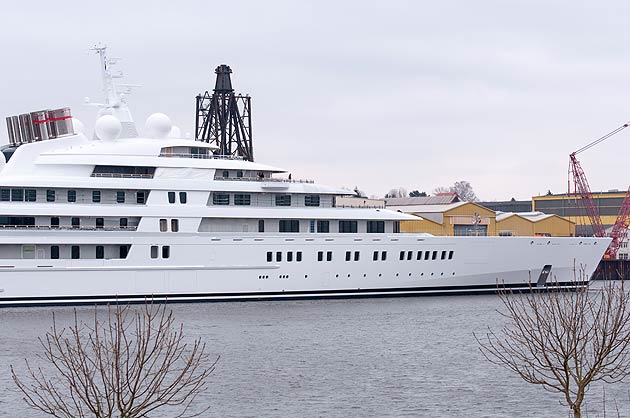 One feature of Azzam that has been revealed is its impressive speed. In spite of its vast size, the yacht is said to boast a top speed of over 30 knots. All the more useful for evading any irate Russians who may be giving chase in your slipstream.