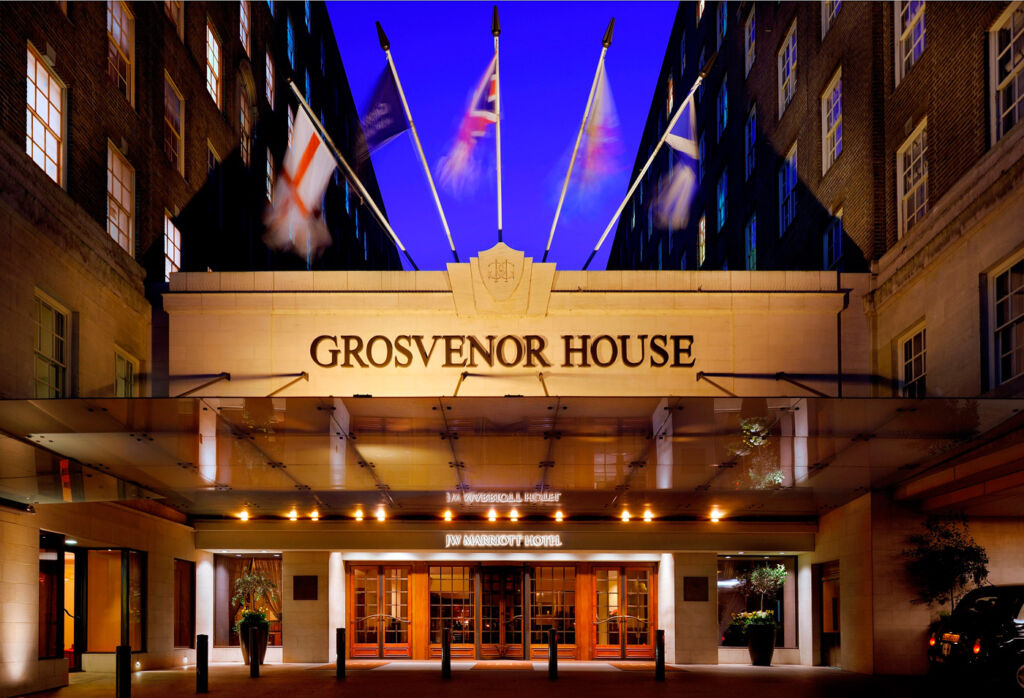 Online Editor, Simon Wittenberg, enjoys the 90th-anniversary celebrations and a Saturday night stay at the first ever five-star hotel to open on London’s famed Park Lane. 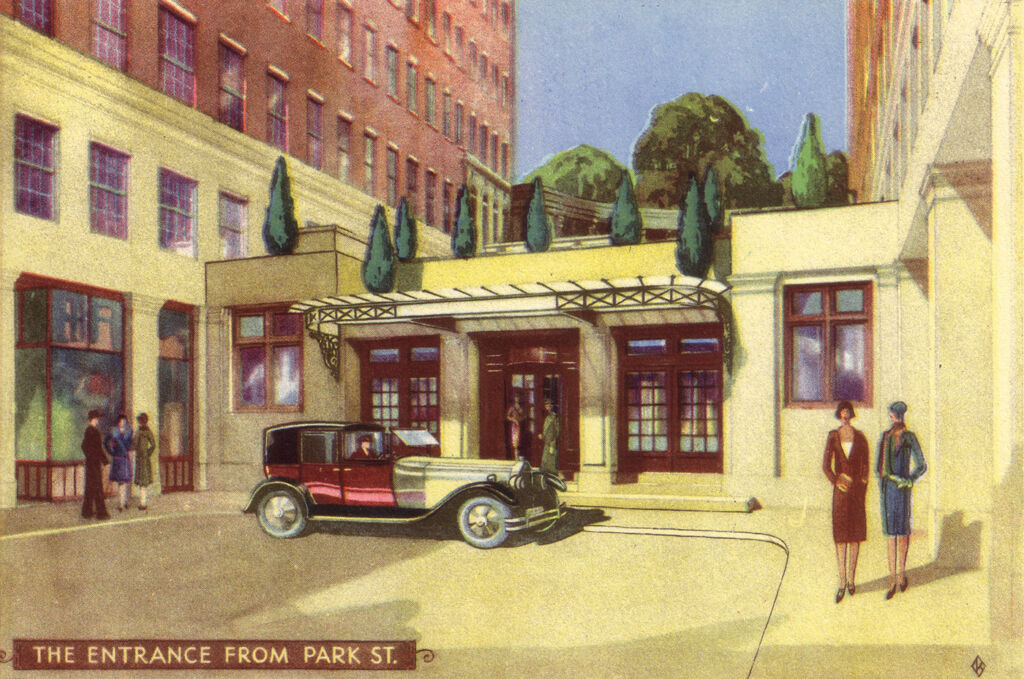 Reminiscing
It’s hard to imagine that there we no luxury five-star hotels gracing the pavements of one of Mayfair’s most iconic streets before 1929, until Grosvenor House came to be. Rewind another 200 years to the 1730s, and the land that the hotel stands on today was a meadow once owned by the Grosvenor family (the Head was named the Duke of Westminster by Queen Victoria in 1874). The first large detached house to be built on the site belonged to Lord Chetwynd, and subsequently passed through several owners, becoming Gloucester House after the Duke of Gloucester acquired it in the 1760s.

In 1806, Lord Grosvenor then bought the property, and a couple of years later, it was renamed Grosvenor House, and remained the family home for around 100 years. With the outbreak of the First World War in 1914, the Government was given use of the property and was occupied by the Food Controller’s Department until 1920. However, with their departure, the Duke of Westminster decided not to move in, and therefore sold it. The buyer was a commercial speculator by the name of Alfred Octavius Edwards, founder and chairman of the Doncaster-based Edcaster Ltd, who acquired the lease of Grosvenor House in 1925 and formed the company, Grosvenor House Ltd, to develop the site. 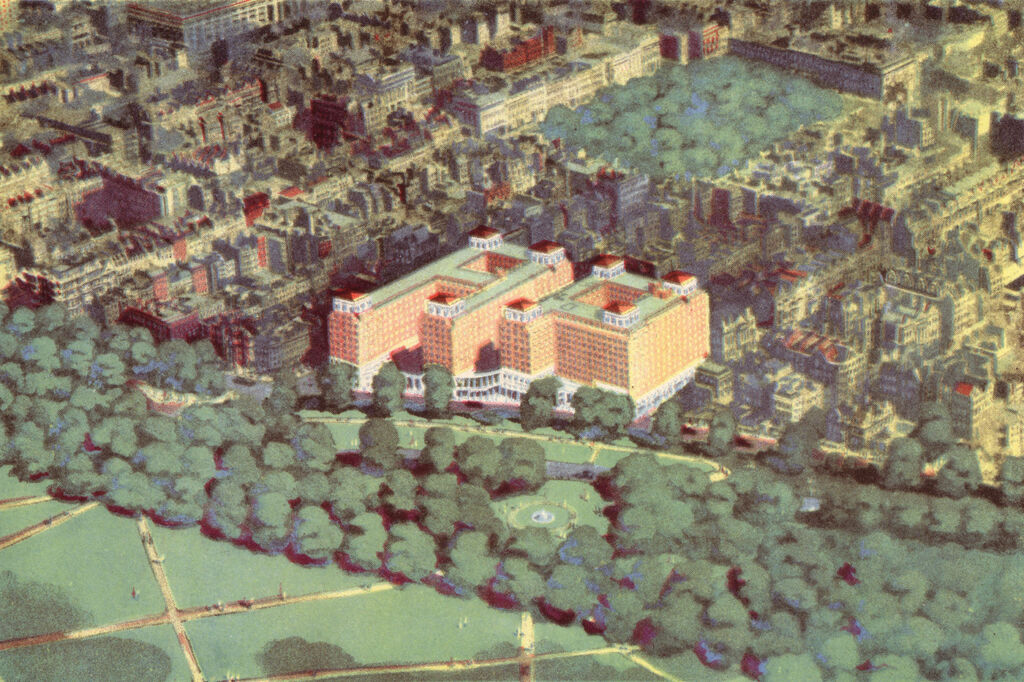 He enlisted the services of architects, L. Rome Guthrie and Sir Edwin Lutyens, and the complex was broken up into several blocks. Work on the first one started in April 1927, and was completed in a record time of just 16 months. Originally planned as two blocks of luxury apartments, it was later decided that the second block would become a hotel. Work began on the north block in 1928, and the Grosvenor House Hotel opened on the 14th of May, 1929 with a total of 472 rooms.

However, it wasn’t fully completed until the 1950s, when Baron Bruno Schröder, who had acquired the lease of 35 Park Street in about 1910, had refused to give it up to Mr Edwards. Baron Schröder remained in the house until his death in 1943, and permission to demolish his home was finally granted 13 years later in 1956. It was replaced with a 92-bedroom extension that was officially opened in 1956 by the then Chancellor of the Exchequer, Peter Thorneycroft. 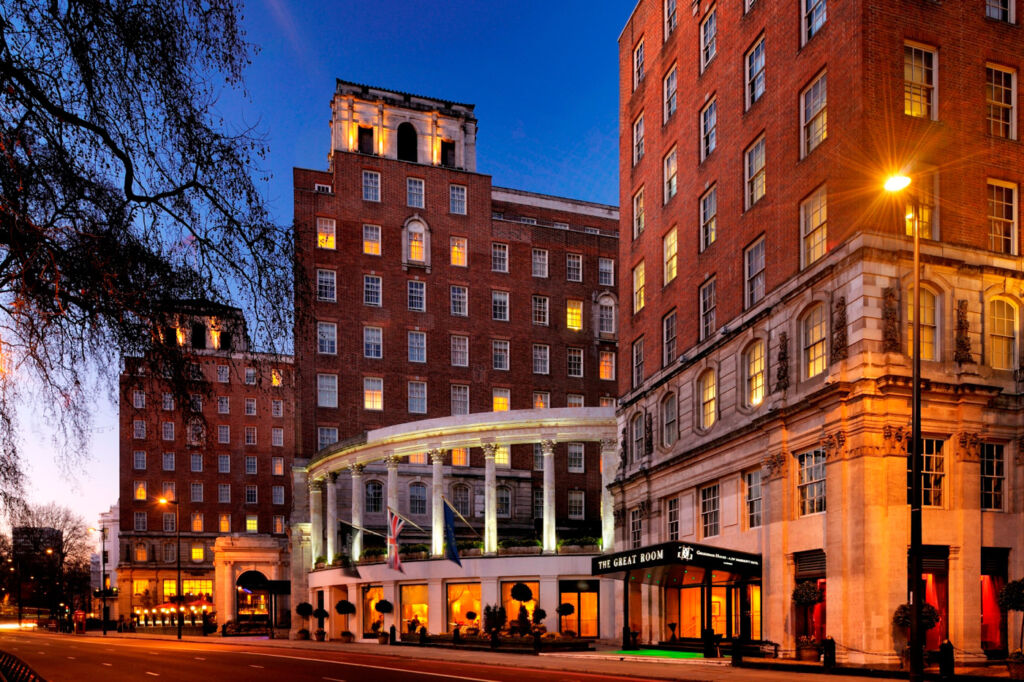 Another six years went by, and the hotel was acquired by Trust Houses who spent £500,000 redecorating the hotel. In September 2008, after a four-year, multi-million-pound restoration programme, Grosvenor House was rebranded as a JW Marriott Hotel (JW is after founder John Willard Marriott), and remains the only JW in the UK. Nevertheless, the changing of hands didn’t stop there. In 2015, Sahara Grosvenor House Hospitality, which bought JW Marriott Grosvenor House in 2010 for £470 million, went into administration, and a new owner was sought. However, the day-to-day running of the property was unaffected under the lease with Marriott International. 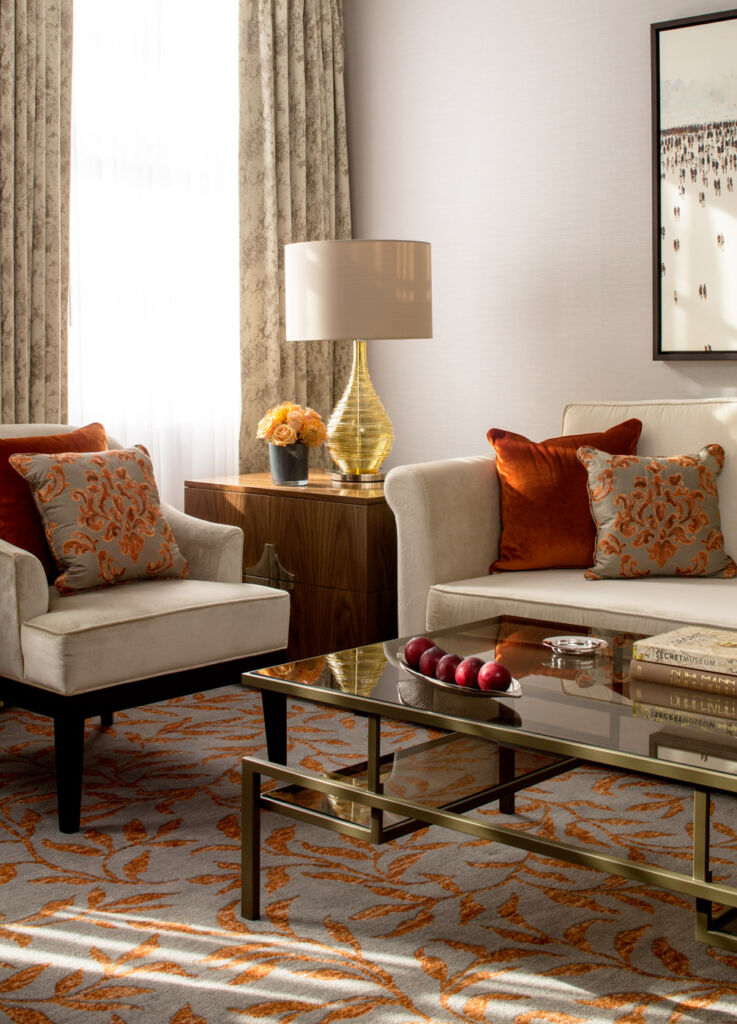 In November 2018, Katara Hospitality, Qatar Investment Authority’s hotel unit, proceeded to acquire the freehold for JW Marriott Grosvenor House, which today, boasts 496 fully refurbished bedrooms and suites (including two Royal Suites), spread across eight floors. It plays host, in the Great Room (which was originally used as an ice rink where Queen Elizabeth II had lessons), to some of the country’s biggest award ceremonies, as well as the world’s oldest charitable ball, the Royal Caledonian Ball.

Thanks to a regular roster of events, this means that room occupancy is high in the hotel the majority of the time. Furthermore, with such a rich history, which also counts a honeymoon stay by Walt Disney himself, the property is now working on digitising all of the old photos and documents in its archive so that its heritage can be brought to life for the storytelling of future generations.