The history of Blancpain

It is with some trepidation that one opens a topic with as leaden a title as the “History of Blancpain”, or the history of anything else for that matter. If what is produced does not rival the “Rise and Fall of the Roman Empire” in its panorama, then perhaps the exercise might be seen as somewhat of a trivial pursuit. Happily paths have been blazed to lighten the burden. As long as we don’t try to do too much with it, not to gloat, not to preach, not to extract lessons for the future, the exploration can be made what it should be, entertaining. After all Oscar Wilde was not too far off the mark when he said that “History is merely gossip”. So put aside notions of learning from the past, safe in George Bernard Shaw’s counsel that “we learn from history that man can never learn from history” and simply enjoy this history as a casual tourist; on an adventure into both different times and places taking in stories and tales.

Our tale begins with a school teacher turned watchmaker, Jehan-Jacques Blancpain in the Jura village of Villeret. The founding was by today’s standards modest. The workshop was located on the second story of Jehan-Jacques’ farmhouse; the inhabitants of the first floor were horses and cattle. Remarkably, the building constructed in 1636, and originally purposed as a mail relay station, still stands today. Jehan-Jacques’ house strategically brought three professions into convenient proximity – animal breeding below, watches above – and the school just 50 metres down the road. It seems reasonably clear, however, that Jehan-Jacques considered himself first and foremost a watchmaker, registering that profession on the village rolls. This is indeed fortunate since it is unlikely that he would be celebrated more than 270 years later had his cattle monopolised his fancy. Later, Jehan-Jacques would add a fourth profession to his resume, serving as mayor of the commune. There is somewhat of a confession to be made at this point. Since the early 1980s Blancpain has frequently honored its founding by Jehan-Jacques Blancpain as of 1735, as indeed it should, because that well establishes that Blancpain is the oldest watch company in the world. 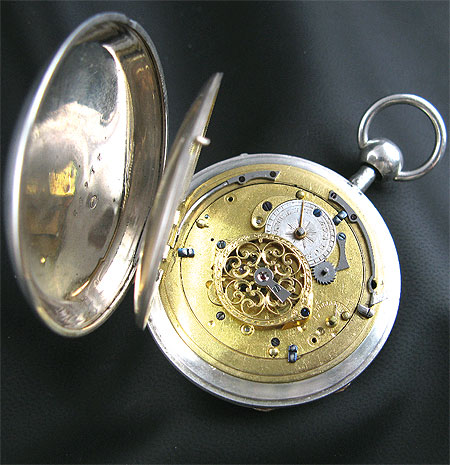 However, in celebrating its pedigree and paying homage to Jehan-Jacques, a portrait of a distinguished looking bearded gentlemen has been held out as his. Indeed that portrait is of a Blancpain family member, just not Jehan-Jacques; it is of Frédéric-Emile Blancpain who lived fully a century and half later. There is some relief in the discovery of this error, because, without the correction, the subject of the painting would have been one of history’s most avant-garde dressers, wearing clothes not destined to appear until more than 100 years later.

The 1735 date merits examination as well. It is almost certainly the case that Jehan-Jacques began watchmaking before 1735. The citation to the 1735 date is grounded upon Jehan-Jacques recordation of his occupation as “horloger” on an official property registry for the Villeret commune that year. To identify himself as a watchmaker as of that date, he must have been practising the craft for some period before. Blancpain fairly lays claim to being the oldest watch company in the world, because although Jehan-Jacques was not the first watchmaker in the world, for that one must go back hundreds of years earlier, the brand he pioneered has been continuously active since at least 1735 through to today.

Although our history has a long distance to traverse before reaching the 1980s, it is well at this juncture to correct the record a second time. In the 1980s, several story variants were floated – that Blancpain had gone out of existence, that Blancpain had been in bankruptcy, that Blancpain had ceased operations – to embellish a portrayal of rebirth during that decade. In fact, none of these stories was true. As our tale unfolds we will see continuity in one form or another from the official recording of Jehan-Jacques Blancpain as a watchmaker in 1735 through to the present day. Jehan-Jacques, thus, was the founder of what is now the world’s oldest watch company.

We can safely surmise that Jehan-Jacques Blancpain approached his craft in similar fashion as his compatriots in the Villeret  commune, that is to say as a family enterprise. It was the custom of the time for both husbands and wives to work together to produce  watches. Generally the men devoted themselves to cutting and forming the plates and bridges, fashioning the wheels and pinions, regulation of the time-keeping and encasement of the movements. Women were the finishing specialists – polishing and decorating components. The Blancpain watchmaking family circle soon came to include many. Jehan-Jacques’ son, Isaac, followed in his father’s footsteps both as a watchmaker and a school teacher, joining with uncles and aunts, also watchmakers.

The Blancpains adhered to Villeret custom which considered labelling watches with a name to be both vain and unbecomingly commercial, preferring instead to sell their wares absent a trademark. This discretion in their method of selling deprives us of virtually all evidence of their early work. The sole remaining trace of the Blancpain family’s pre-1800 efforts which has been located is a Louis 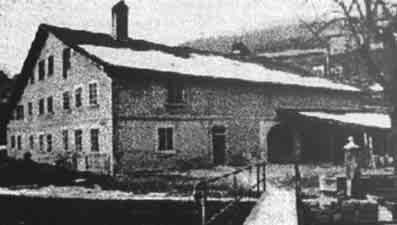 XVI inner watch back signed “Blancpain et fils”. Notwithstanding this absence today of signed pieces from this epoch, it is known that David-Louis Blancpain (1765-1816), grandson of Jehan-Jacques, cast his sights beyond the borders of Switzerland, travelling to European commercial centres selling Blancpain family watches featuring a “roue de rencontre” escapement. Each year until Villeret’s annexation by France in 1798, a member of the family was charged with making the selling trip. The ensuing intervention of the Napoleonic wars wreaked havoc on the family business. Although the Blancpains were able to maintain a degree of continuity during the wars, the young men of the family became military conscripts, including Frédéric-Louis Blancpain who was later to increase vastly the size of the watchmaking business and Henri Blancpain, a voluntary enlistee. A list of conscripts from 1806 shows both how vital watchmaking was to the economy of Villeret and how deeply the war reached into it. Of 78 draftees that year, 46 were watchmakers and 5 engravers compared to but 8 farmers and 8 bookkeepers. Upon his return from the Napoleonic conflicts in 1815, Frédéric-Louis Blancpain utterly transformed the work of the atelier. The form of escapement was modernised from the roue de rencontre to the échappement à cylindre.

Establishing a theme that endures today, nearly two centuries later, Frédéric-Louis developed ultra flat movements for his Lépine style watches (Lépine pocket watches feature the crown at 12 o’clock with small seconds in line at 6 o’clock– during this time at Blancpain, winding, however, was done with a key). He was a production innovator, as well, introducing series methods in the workshop. Sadly the war had taken a toll on Frédéric-Louis who, for reasons of failing health, was forced in 1830 to turn over the business to his son, Frédéric-Emile, but 19 years old. Demarking the change in generations, Frédéric-Emile dropped the name Frédéric from the business, adopting the moniker Fabrique d’horlogerie Emile Blancpain.

The history of Blancpain continued