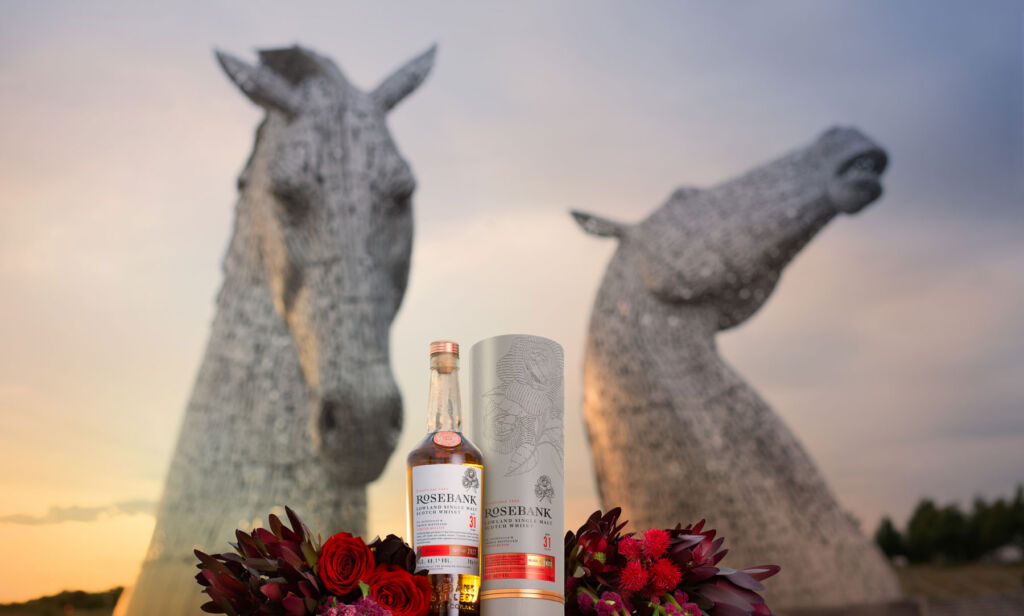 Rosebank Lowland Single Malt Scotch Whisky has launched a rare bottling drawn from casks that were salvaged before the distillery’s untimely closure in the early 1990s.

The 31 Year Old is comprised of scarce stocks from just before the Falkirk site was mothballed in ‘93. Despite spending over three decades in casks, the Lowland single malt retains a bright and zesty nose, with hints of lime and lemongrass.

This light, vibrant profile continues onto the palate, where mint and chamomile are met with more robust leather and banana bread notes. The dram finishes with long herbal notes, sweet peaches, and a hint of oak.

Malcolm Rennie, Rosebank Distillery Manager, said: “This is the first Rosebank release during my tenure as Distillery Manager, and I’m under no illusions as to the importance of this launch. The spirit was distilled before the distillery closed its doors and has matured in casks ever since, waiting to be awoken.”

“It fills me with great pride to know that the 31 Year Old will be the last ‘old Rosebank’ release before the distillery is reopened to the public. The revival of this sleeping giant is a huge moment for the whisky community, but most importantly for the people of Falkirk who have patiently awaited its return for three decades.” 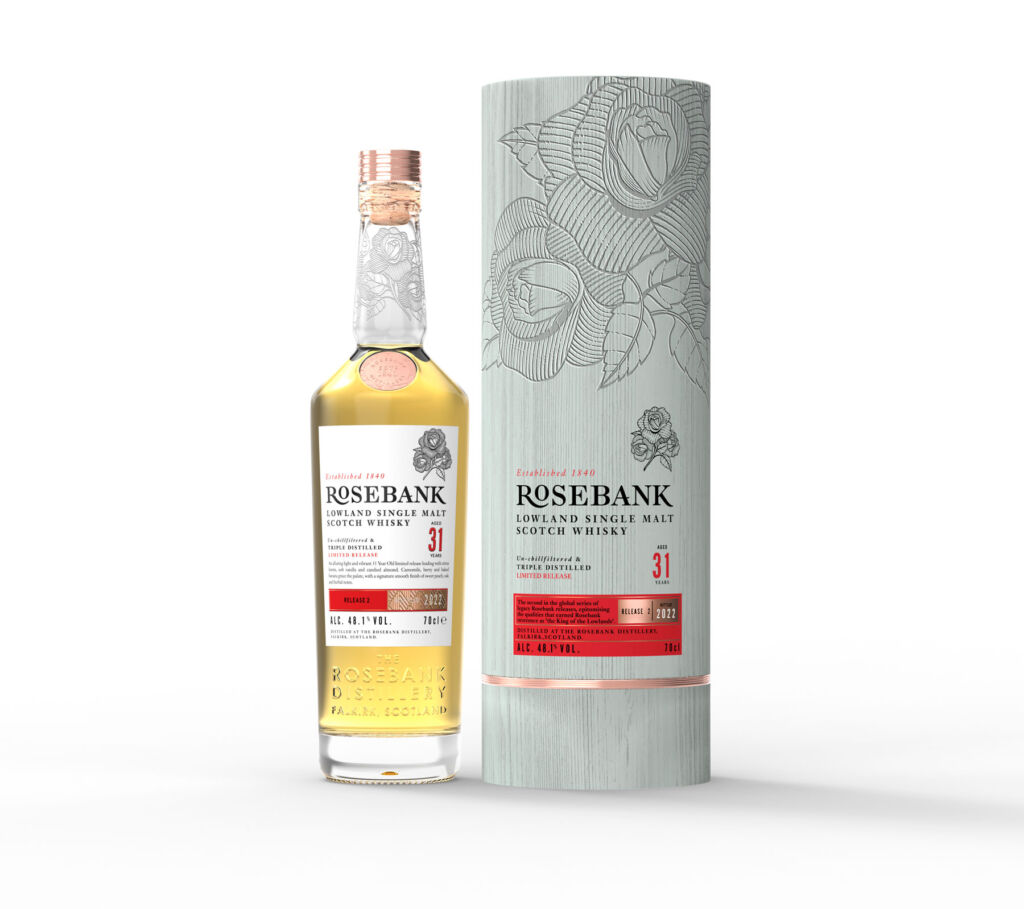 It’s Rosebank’s second global launch since being purchased by Ian Macleod Distillers, and bottles of this rare whisky are priced at £1,800 (70cl). Purchases can be made directly from Rosebank’s website from Thursday 11th August and through leading specialist retailers.

To celebrate the brand’s transition from a distant memory back to a tangible reality, and ahead of its official release, Rosebank hosted a first sip tasting of the coveted dram at the heart of a legend local to the distillery.

Located less than ten minutes away, Falkirk’s incredible ‘Kelpie’ structures represent the mythical creature of Scottish Folklore. Akin to these shapeshifting creatures, Rosebank’s own reincarnation is underway as the new distillery approaches completion.

Four leading whisky commentators were invited to the tasting in this magical setting: Becky Paskin, Brad Japhe, Moa Nilsson, and Thijs Klaverstijn. Upon sampling the 31 Year Old, Paskin said: “The first taste was mind-blowing. It was a rush of exotic fruits, with a subtle hint of cask wood and spice. A juxtaposition of styles that makes Rosebank truly unique.”

Brad Japhe added: “There’s an evolution that happens as it sits in front of you – toasted biscuits, brioche, cotton candy, and grapefruit zest all developed while the dram was in the glass.”

And Klaverstijn noted: “You get depth, richness, and lingering spice from the cask, then there’s a tropical grilled pineapple influence – it’s just perfect.”

Moa Nilsson said of the dram’s eye-catching colour: “Golden amber mixing with a light straw – the whisky looks so vibrant, alive and inviting.”

The Rosebank distillery is due to be completed by the end of 2022, and its official opening will occur in early 2023.

Distillery Manager Malcolm Rennie has overseen the installation of three stills made to the blueprints of the originals from pre-1993. Worm tub condensers have also been installed, each with a hand-made copper coil stretching up to seventy metres in length.

Externally, the distillery retains its distinctive 108ft chimney, which is complemented by a contemporary sloping, stepped roof. This mix of original and contemporary design is reflective of how the distillery is being brought back to life while still respecting its distillation style and local legacy.

Rosebank 31-Year-Old (ABV 48.1%) is priced at RRP £1,800 and is available via the Rosebank website from Thursday 11th August and through specialist retailers. The product will be distributed to global markets over the coming weeks.