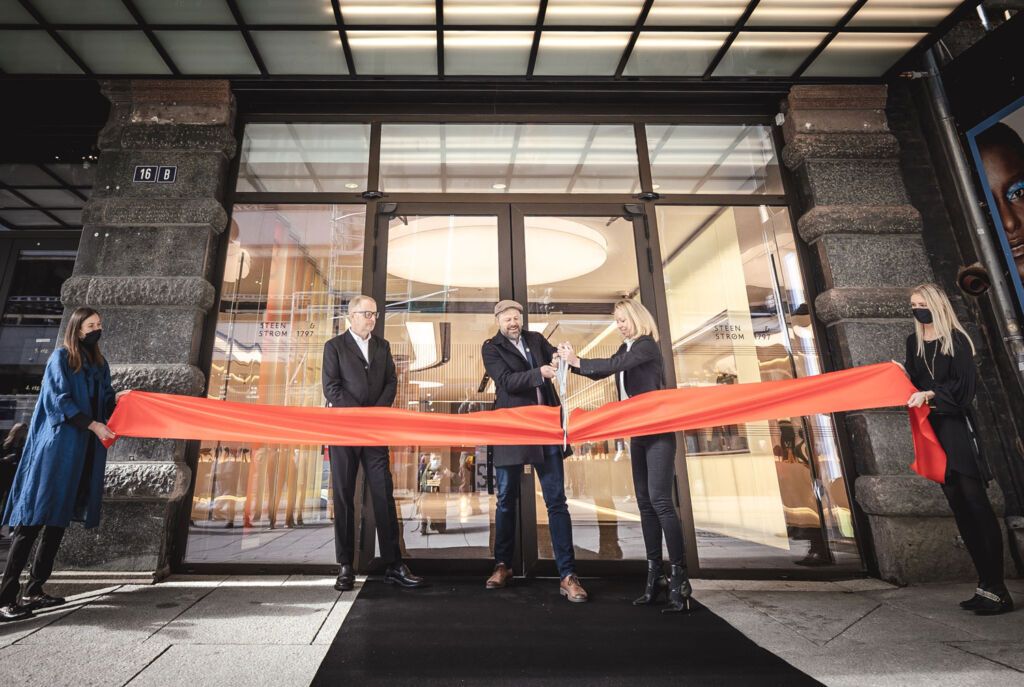 Steen & Strøm, the renowned luxury department store in Oslo, has reopened after a major upgrade, and as part of the first phase of its revamp, it now benefits from a new entrance onto Norway’s busiest shopping street, a new beauty hall and a rebranding.

The pandemic has played havoc with the retail sector worldwide, which has resulted in a raft of negative news from the industry. However, some have weathered the storm better than others, and one of these is Oslo’s iconic luxury department store Steen & Strøm.

Something you might not know about this particular store is it known as the longest-running department store in the world. It first opened its doors in 1797, and to provide some context, this was during the French Revolutionary Wars, and the same year Horatio Nelson was wounded at the Battle of Santa Cruz, which sadly resulted in him losing an arm!

The department store is the only one of its kind in Norway and is the cornerstone in Oslo’s Promenaden Fashion District. Like all high-end department stores, it offers everything from fashion to food and is a great draw for Norwegians and tourists alike.

Promenaden Management manages the store, and it has now reopened following a multi-million refurbishment. Thus far, the completed works on the more than 220-year-old store have included a brand-new entrance onto Norway’s busiest shopping street, a state-of-the-art beauty hall and upgraded architecture which introduces a stunning new atrium.

As part of the raft of upgrades, the department store is also unveiling a new name, logo and visual identity. The store will now be known as Steen & Strøm 1797.

Annette Lund, Chief Executive of Promenaden Management, commented: “Steen & Strøm truly is the jewel in the Promenaden Fashion District crown, and we could not be more excited to reveal the results of this major investment. Having a fashion destination like Steen & Strøm in Oslo greatly contributes to its international appeal, and we are excited to continue bringing the latest and greatest to the Norwegian market.” 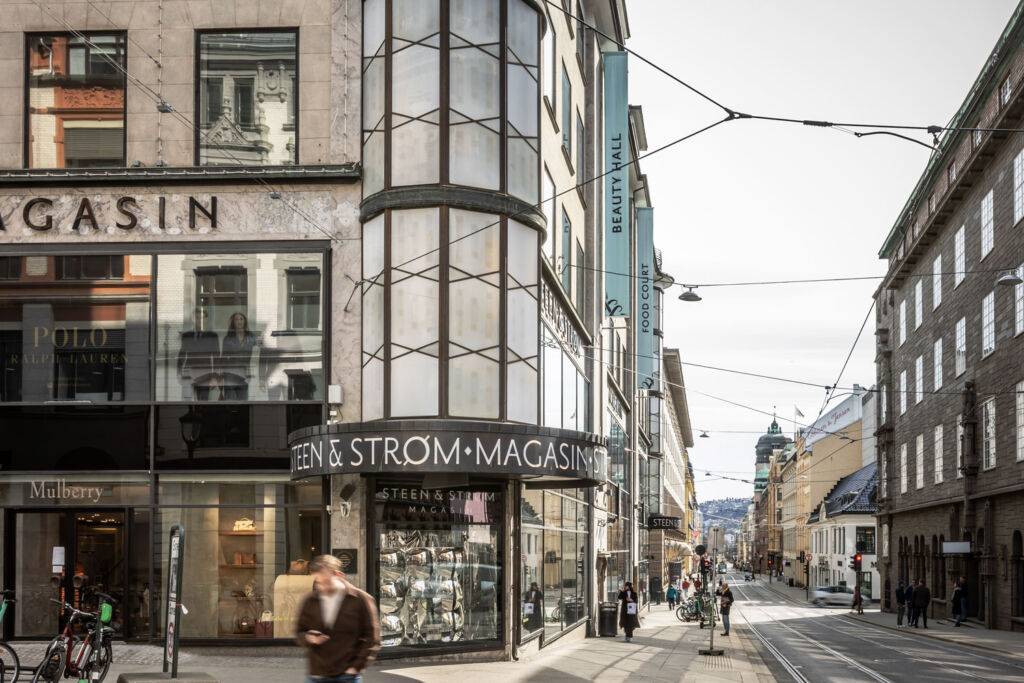 New entrance
As it relaunches this week, it does so with a completely new entrance opening up onto Karl Johans gate – Norway’s most visited shopping street with over 15.5m shoppers every year. With this new entrance, the footfall of the department store is set to more than double from 2.2m to 5m visitors next year.

New beauty hall
Steen & Strøm has also recently opened a new beauty hall that features a mix of products, services and experiences. These include a Skin Lab for niche brands, a men’s grooming area and a fragrance bar – and consists of a world-class line-up of premium and luxury brands including Chanel, Le Labo and the first Dior Beauty Boutique in the Nordics, as well as a strong focus on services and experiences. 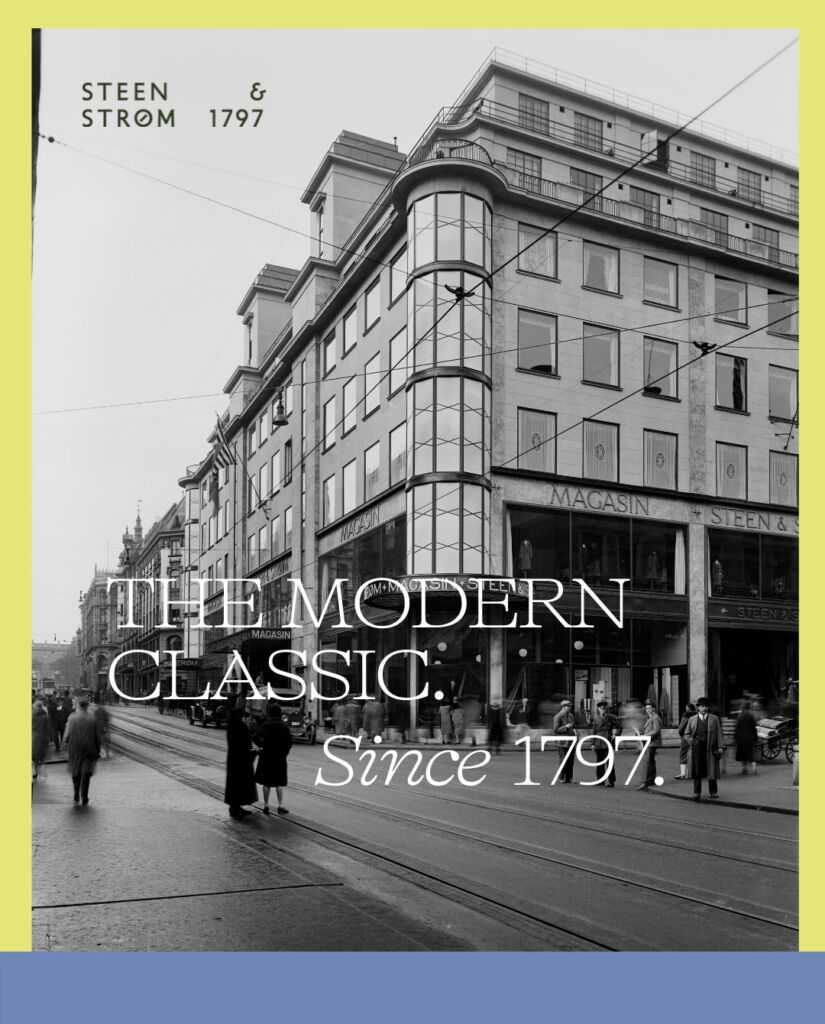 The store’s relaunch has unveiled a new visual identity created by the Lotta Nieminen Studio, which previously worked with Chanel, Le Labo, and the first Dior Beauty Boutique in the Nordics.

The rebrand consists of a new visual identity and logo and a new name, Steen & Strøm 1797, which reflects the rich and unique heritage of the store.

Lotta Nieminen said of the new brand: “Getting to pull from such a long history is an inspiring starting point to a project: the story is already there! It was important for me to interpret Steen & Strøm’s heritage through a modern lens to highlight the legacy and its position as a bold, forward-thinking fashion destination throughout the years. With the new name, a modern type palette and a bold take on colour, the brand elements give Steen & Strøm a confident visual voice that embodies its high-end playfulness.”

The recently completed works make up the first phase in a two-year master plan to future-proof the department store, with the remaining two phases set to transform the remaining floors of the department store and introduce elements such as a French luxury corner and a unisex floor. Later this year, a new e-commerce initiative will be launched in collaboration with Wishibam. 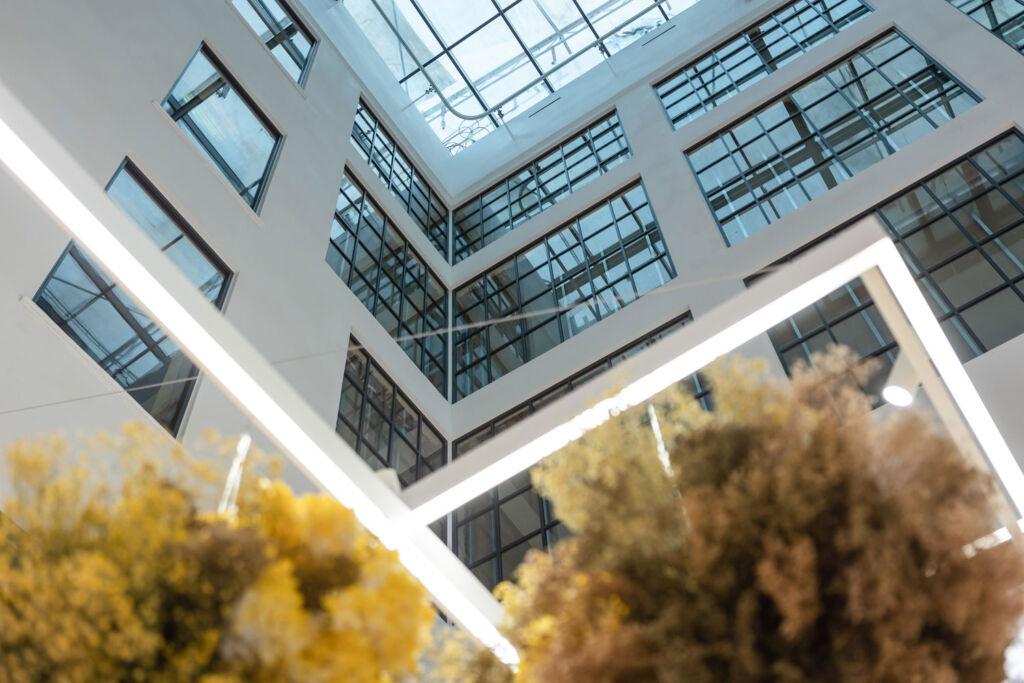 David Wilkinson, Executive Director of Steen & Strøm, added: “Steen & Strøm is already a completely unique destination in Oslo and with the upgrades now being undertaken, we are ensuring it is fit for the future and continues leading forward for Norwegian retail. With the new entrance, the store’s prime location in Oslo’s city centre will be further reinforced, while the architectural upgrades ensure a fresh and contemporary look and feel.”

Since its reopening, sales have already been encouraging, with the beauty hall exceeding targets on its first two days of trading.

Norwegian retail has proved itself to be highly resilient throughout the pandemic, with Steen & Strøm reporting double-digit growth last summer. On a broader scale, the Norwegian economy is expected to bounce back more strongly compared to many other Western nations, which is precisely the news Steen & Strøm would want to hear. 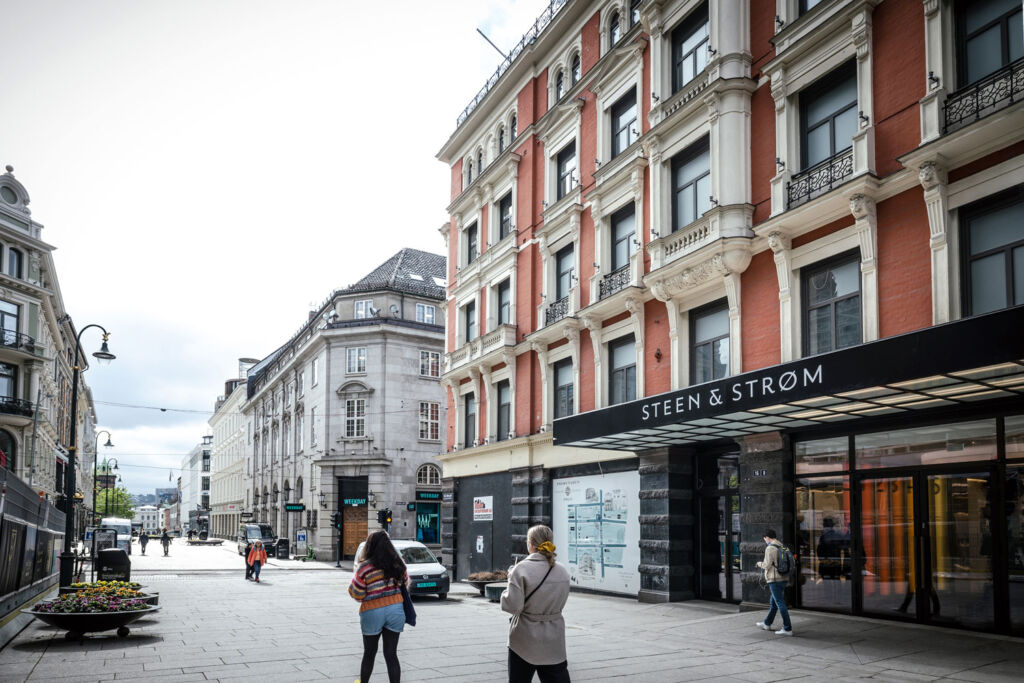