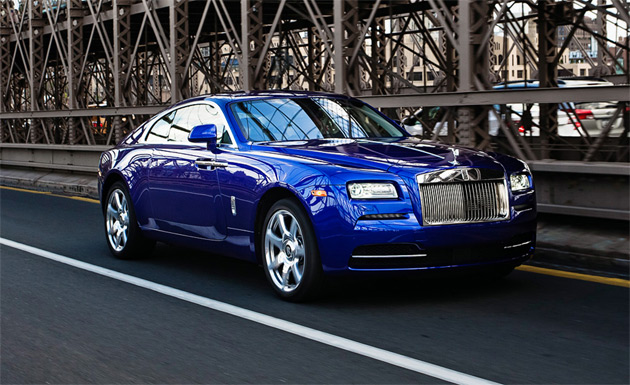 Many of you will recall that we voted the Rolls-Royce Wraith the Luxurious Magazine Car of the Year.

Well it seems that others are in agreement with our decision as along with the numerous awards it has received since our decision, the Rolls-Royce Wraith has been selected to receive Popular Science Magazine’s 2014 ‘Best of What’s New’ award in its Automotive category

Commenting on the recognition, President of Rolls-Royce Motor Cars North America, Eric C. Shepherd said, “Rolls-Royce Motor Cars is honored that Wraith has been selected. This latest model compliments the marque perfectly, becoming the boldest, most powerful Rolls-Royce that has ever played host to the famous Spirit of Ecstasy figurine. In addition to accolades from Popular Science, the Wraith has inspired a passionate following from Rolls-Royce owners throughout the world since its launch.”

Grace and beauty define the exterior presentation. The sweeping lines of the fastback, a style whose origins can be found in 1930s automotive design, most clearly signal its purposeful and thoroughly modern character.

The Wraith’s performance complements the drama of exterior styling. A shorter wheelbase, wider rear track, 624 bhp/465 kW derived from the twin turbo V12 and a 0-60mph of 4.4 seconds (0-100kph, 4.6 seconds) give expression to the car’s dynamic looks.

Inside the Rolls-Royce Wraith debuted the most intelligent drive train to be featured in a Rolls-Royce, including the application of ground-breaking technologies like Satellite Aided Transmission (SAT). This processes GPS data to predict the driver’s next move and automatically select the right gear for the road ahead. Complementing SAT, Wraith’s further dynamic enhancements include a more direct steering response to aid precision in corners, as well as dynamic spring and damper settings.

In short, the Rolls-Royce Wraith has become the ultimate gentleman’s Gran Turismo building upon the historic endeavors of Sir Henry Royce and the Honorable Charles Rolls, pushing the boundaries of modern design / engineering and is still, almost one year on, worthy of its accolade as the Luxurious Magazine Car of the Year.