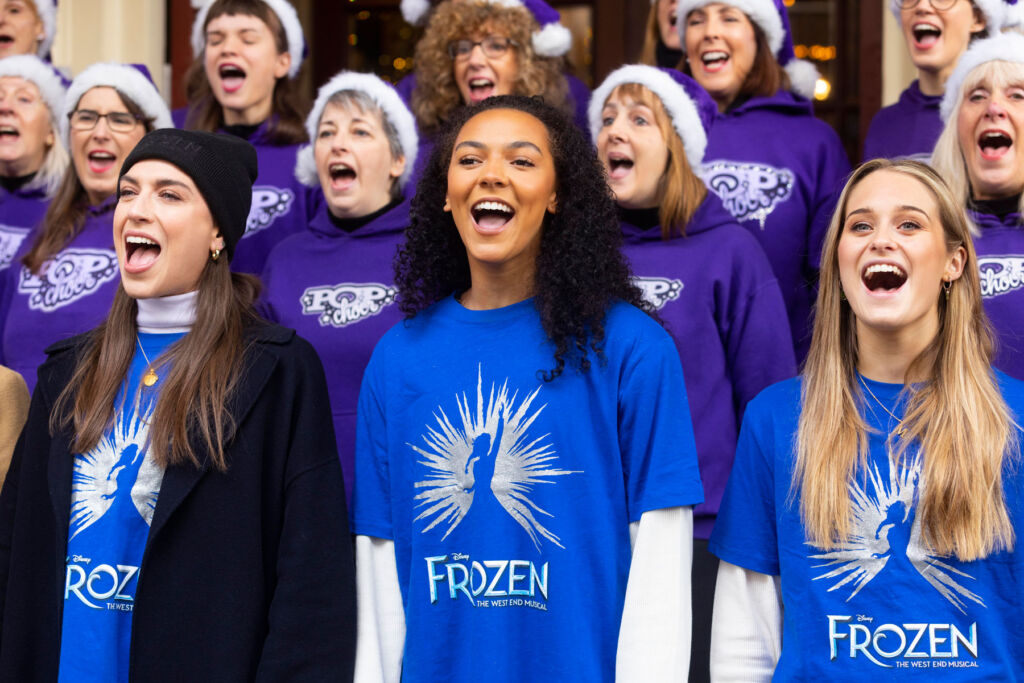 Christmas has officially begun at one of the West End’s most iconic theatres as Theatre Royal Drury Lane brings festive cheer to the heart of Covent Garden with Christmas carols, performed by Popchoir, on their famous front steps.

On Saturday, 3rd December, the 35-strong Popchoir delighted Christmas shoppers with a mixture of traditional and modern carols, including a joyful finale featuring cast members from Disney’s Frozen the Musical, along with the theatre’s famous Red Coats, who surprised the crowd with a special performance of Let It Go 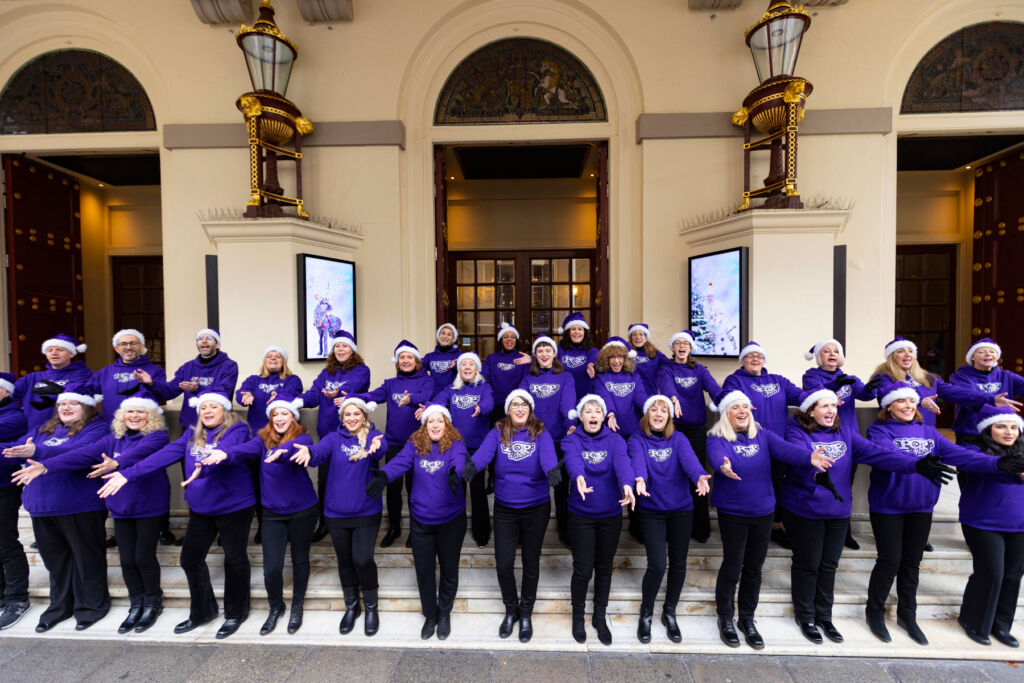 The performance was accompanied by Maddy Strawson, who is part of The Lane’s Guest Experience Team, performing the song in British Sign Language. 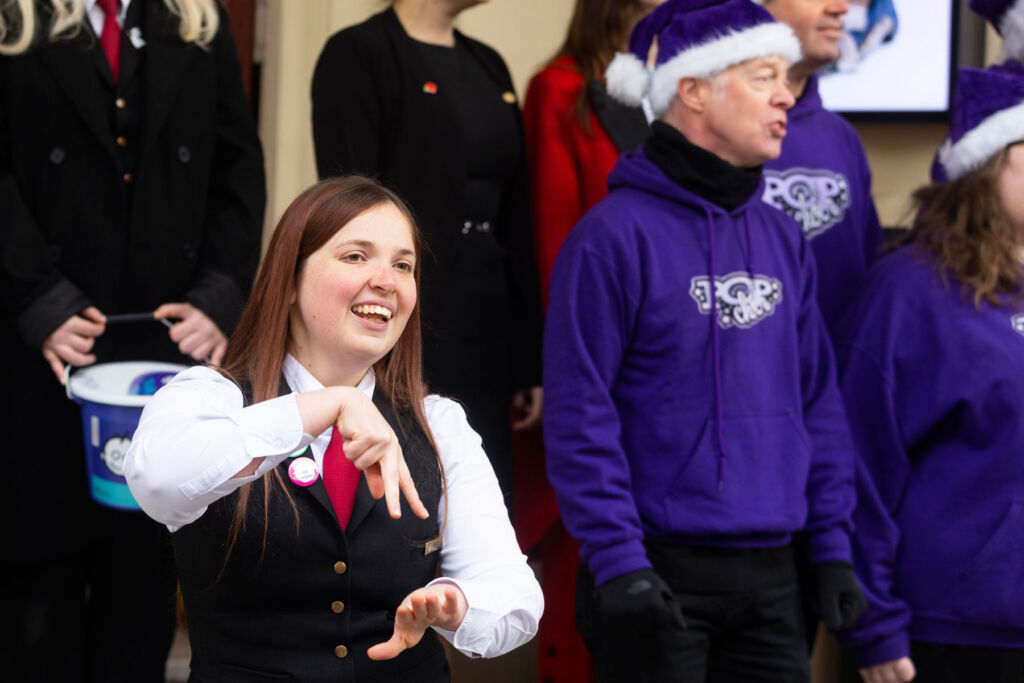 To coincide with this event, Theatre Royal Drury Lane also announced the reintroduction of a Christmas tradition from London’s pre-war days. Noted in an excerpt from Theatre Royal Drury Lane, the Biography of the Greatest Theatre in the World, 1945, the theatre was said to have a magnificent Christmas tree in the Rotunda adorned with toys and decorations that were being gifted to a local children’s hospital:

“On Christmas Eve, a Christmas Tree was placed in the Rotunda, smothered in toys and decorations, which delighted the children. Open-eyed and open-mouthed, they gazed at the finest Christmas Tree they had ever seen. On the Twelfth Night, the toys brought joy into the hearts of little ones in the hospital.” – This excerpt was taken from Theatre Royal Drury Lane, the Biography of the Greatest Theatre in the World, 1945.

In 2022, Madeleine and Andrew Lloyd Webber brought this festive tradition back. The Lane’s foyer now features two stunning Christmas Trees with blue and silver Frozen-themed Christmas decorations. In partnership with The Walt Disney Company, over 400 Sven and Olaf toys will be donated to Great Ormond Hospital Children’s Charity in late December.

Madeleine Lloyd Webber said, “When I stumbled across this lovely story, I knew I wanted to reintroduce this Christmas tradition to The Lane. We have always wanted The Lane to be more than a theatre. We hope it will be a source of enjoyment and joy for anyone this Christmas, whether they are coming to a show or not. I am thrilled we’ll be working with Disney to bring back a Lane tradition and share a little bit of festive joy with those in Great Ormond Street Hospital this Christmas.” 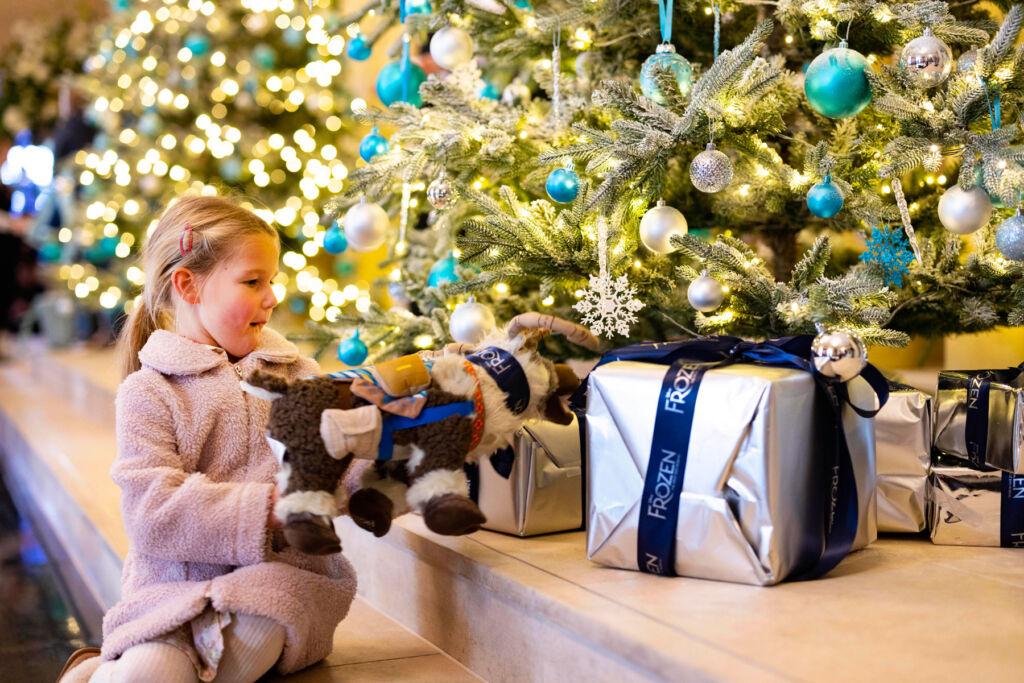 Disney’s support for children’s hospitals and places of care dates back to Walt Disney himself. Walt would bring animators and characters to brighten the days of hospitalised children across the world, and he personally visited Great Ormond Street Children’s Hospital in the UK in 1951 with some of his animators to bring some joy and inspiration. 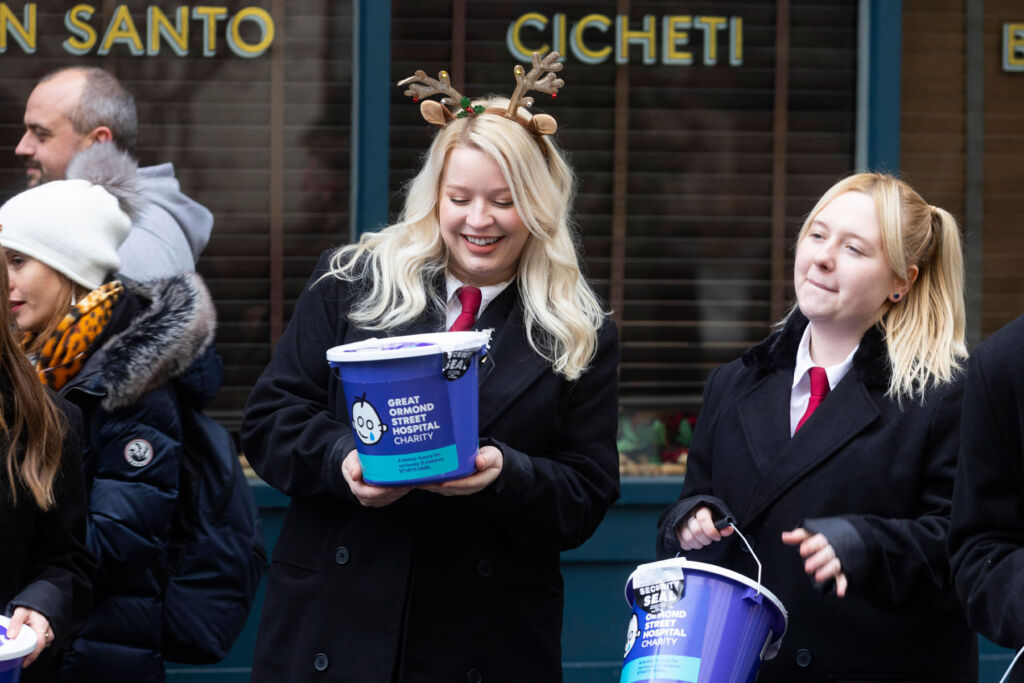 Since then, the two organisations have enjoyed a long history of working together to create moments that matter for seriously ill children.

Following a £60 million, 2-year restoration by Andrew and Madeleine Lloyd Webber, The Lane has welcomed over 1 million people through its doors since its reopening in 2021.

The Lane has seen the launch of Disney’s Frozen, the creation of three spectacular new restaurant and bar spaces and is now proudly one of London’s top-rated venues for Regency Afternoon Tea in the Grand Salon and the legendary historic Theatre Tours. 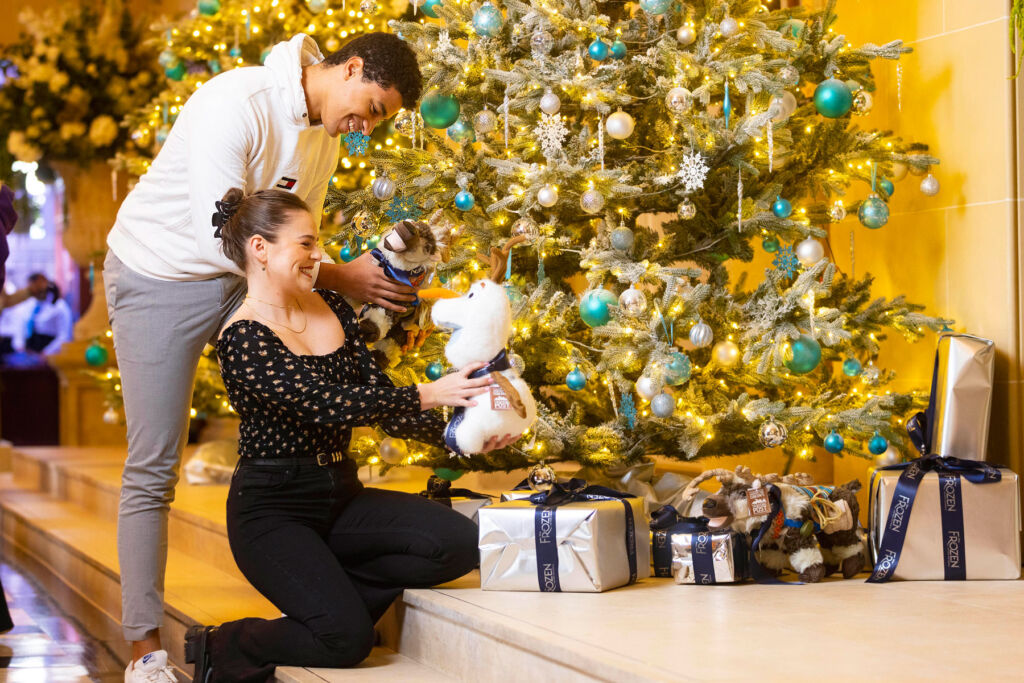