Sandra is the co-founder and managing director of Veloine, who specialise in premium women’s cycling gear.

“When on the bike, I have that feeling of being completely at peace, which I don’t even find with yoga or meditation. I can totally switch my brain off and forget about anything else.”

What was your route into cycling?
It sounds weird, but I got into cycling due to an injury. I’d just started to do some more frequent running training when the doctors diagnosed a bone infection in my foot, which was quite painful. It was clear that I would not be able to run for a long time.

At the same time, a friend of mine was selling her home as she and her family were about to embark on 3-months world travel and relocate afterwards. It included a road bike and some cycling shoes, which happened to fit my size. I bought my friend’s bike for 100 Euro, hoping it would help me to stay fit until I could do other sports again. 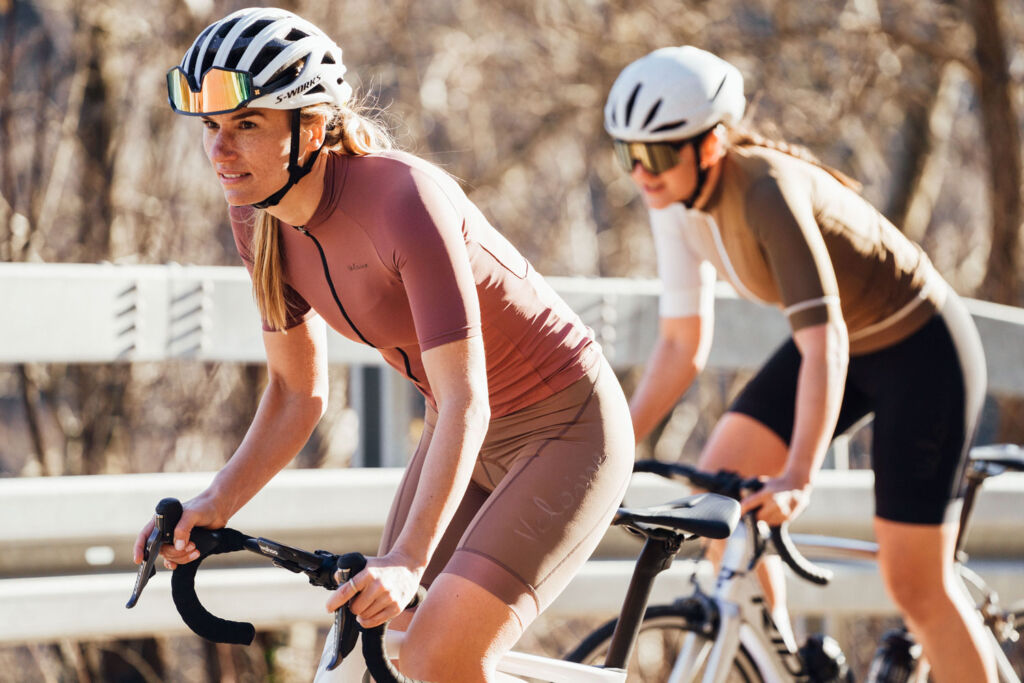 Over time I realised that I enjoyed cycling much more than any sport I ever tried before – I’ve tried lots but never found that one big passion. With cycling, it all felt different. A few months later, I bought myself another bike and, from that day, officially considered myself a cyclist.

What does cycling give you?
When on the bike, I have that feeling of being completely at peace, which I don’t even find with yoga or meditation. I can totally switch my brain off and forget about anything else. I know today that cycling has played a significant role in creating the kind of life I want to live. I owe cycling a lot, personally and business-wise.

Did you face any hurdles when first getting into cycling?
Well, I’d say starting a new sport because of an injury was kind of rough because it was limiting me physically. But other than that, no… I just did my thing. I also had friends who cycled and took me along for a ride from time to time, which was helpful as a newbie.

What would you say to encourage women who are nervous about trying cycling?
Don’t be afraid; there is not that much that can go wrong. Try to connect with like-minded women and dare to ask questions even if you think your questions are stupid.

They are not, and you’ll always get helpful advice. And don’t put yourself under pressure – it’s not about performance, speed, cadence or mileage, to begin with; it’s about discovering the beauty of the sport just for yourself. What does it mean to you to be a woman in the cycling industry?
Frankly speaking, I found the cycling sector to be quite old-fashioned and patriarchal, especially when I compare it with other industries I worked in before. That goes for the professional sport and in large parts also for the industry. But things are changing, and there’s a lot going on.

I am also part of the “Women in Cycling” initiative that was recently launched by Cycling Industries Europe, which aims to give women more visibility, impact, and leading seats in the cycling industry.

What do you think the future of cycling looks like?
I think the future of cycling is bright in all its facets – whether you regard cycling as a sport or urban mobility. In 2020, cycling saw incredible growth because it was able to deliver on what people were longing for in times of a pandemic: a healthy lifestyle, mobility, and a feeling of freedom.

All of that is here to stay. We’ll continue to see solid market growth and an increasing share of women doing the sport – to date; it’s already more than 25%.